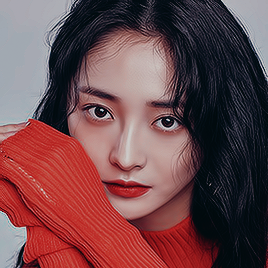 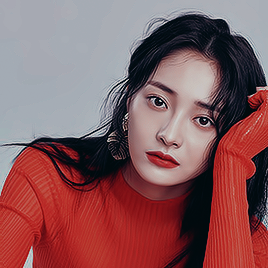 All her life, Maia has been interested in three things: knowledge, secrets, and power. More specifically, knowing secrets and using that knowledge to attain power. So it's only natural that she found herself drawn to the idea of becoming an Unspeakble. Being on the forefront of wizardkind's advancement, being one of the most powerful people in the wizarding world, and, of course, knowing all the best secrets? It seemed a match made in heaven.

If, of course, her application to join the department hadn't been denied. So, for now, she's working a desk job in the Ministry for a year or two so that she can reapply with a glowing recommendation from the head of a department and some work experience under her belt.

Only problem? The head of the department she was just assigned to is her older brother. And the next year of her life is going to be a living hell.

(view spoiler)[The statute should absolutely be maintained, however there's no reason for the wizarding world not to benefit from the utilization of technological advancements from the muggle world. (hide spoiler)](view spoiler)[For someone so interested in secrets, Maia has very few of her own. Most are simple secrets kept from her family: stolen wine from the wine cellar, a single kiss with a girl from her dorm at Hogwarts, a house party thrown despite it being expressly forbidden. (hide spoiler)]

( (view spoiler)[he's related to the pureblood moon family from south korea — except his father was a muggle, so they shipped him off to scotland to live with his aunt when he was ten (hide spoiler)] ) &  repeal ?  ─────────╋────  maintain ?

the statute serves a purpose — but like all good (?)*

statutes, it needs to be adjusted occasionally.

muggles can do it, why can't they? purebloods,

hyungsik was ten when he was sent to live on the other side of the world with his aunt he hadn't seen since he was three. his grandfather, the patriarch of the somewhat famous pureblood moon family, had finally decided that they should get rid of the evidence of hyungsik's mother's ‘mistake’. but joke's on you, grandpa, because hyungsik was a prefect at hogwarts and is now an auror — all achieved without any reference to his family. aside from his aunt, because she actually bothered to welcome him with open arms

being an auror is... interesting, to say the least. hyungsik still isn't entirely sure if he actually survived auror training or if he's currently dreaming, but apparently he passed with flying colours. and now he tracks down dark magic users and locks them away — which has its moments of being cool, but mostly is completely and utterly terrifying, because honestly? hyungsik still feels like the same little kid standing in heathrow airport looking for a face he barely remembered.

* hyungsik doesn't know the exact contents of the statute, just the vague idea and bits and pieces of it. he's guessing it's not some totalitarian monstrosity. 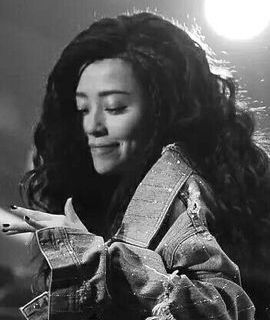 (view spoiler)[maintain. the last thing the wizarding world needs is to be put in cages and forced to perform for muggles (hide spoiler)]

(view spoiler)[she's gay, but her parents would never approve so she keeps quiet about it (hide spoiler)]

Arianne is a real bitch, and she's not afraid for people to know it. With over eighteen years of pent up emotions locked up inside her, you'd probably be a little bitchy too. But underneath that is the nearly rock hard ambition that has gotten her into trouble time and time again. She will reach her goal by any means necessary, no matter the casualties.

Despite having devoted parents, as the middle child Arianne was often overlooked. She wanted to be her very best to let them know that she would rise above their lack of attention, and she knew she would be because she's a pureblood. Once a devout member of the Death Eaters, Arianne immediately cut herself off when they started attacking all the magical children born outside of the Sacred Twenty-Eight, but that didn't stop her parents from nearly disowning her when they found out what she had been a part of during her time with the "murderers." So she moved out of Malfoy Manor, landed herself an office job in the Department of Magical Law Enforcement, and she hasn't spoken to or heard from her parents in almost two years.

Arya's family is made up of traditionalists. That's not to say they're death eaters, but they certainly believe in maintaining the purety of blood and in maintaining the statute. They also believe in their children making good, advantageous marriages and attaining success within the ministry. They have a reputation to uphold, after all.

As of yet, Arya hasn't exactly lived up to their standards. At 25 with no rich pure-blooded husband in sight, working a lowly job on the Muggle-Worthy Excuse Committee and sharing an apartment with her muggle-born friend rather than living in the family mansion, she's definitely a disappointment.

Still, there's still hope (or so they think). There's always the possibility that Arya will finally marry one of the numerous eligible bachelors they keep thrusting upon her at family gatherings, accept one of their numerous invitations to move back home where they have more influence over her, or take one of the promotions they keep pulling strings to get her.

What her family will never understand, however, is that Arya is happy the way her life is right now and really doesn't give a damn what her family thinks.

(view spoiler)[Repeal the Statute! Both the Wizarding World and the Mugges could benefit from collaboration between the two. And it definitely wouldn't hurt the Wizarding World to modernize a bit. So long as the transition was handled smoothly (read: if Claudia and Arya ran it), they could greatly improve the quality of life of everyone by repealing the Statute. (hide spoiler)](view spoiler)[She's kind of become obsessed with the Muggle world since becoming friends with Claudia. She can't live without her morning Starbucks anymore, and there's no spell that can do that for her! She's also been on a few dates with Muggles. Don't tell her mom. (hide spoiler)]

Michaela hasn't exactly had it easy. In the current political climate, being a Muggle-born is like walking around with a target on your back. And she's not exactly inauspicious, working in the misuse of muggle artifacts department. Still, she likes her job and she wouldn't trade it in for the world. And it's one of the only departments in the Ministry where being a Muggle-born is an asset rather than a detriment - she, at least, knows what the Muggle objects they confiscate are supposed to do, unlike many of her coworkers.

So, she keeps her head down. She does her job (and does it well), and prays she won't be the next body the Aurors pick up.

(view spoiler)[Neither the Wizarding World nor the Muggle World have great reputations when it comes to dealing with people different than they are. The Muggles would start burning witches again and the Wizards would kill or enslave them all. In short, it'd be an utter disaster.. (hide spoiler)](view spoiler)[She hasn't spoken to any of her Muggle family or friends in years. It's safer that way, for them. She misses them a lot but she doesn't want to risk them getting involved in her mess of a world. (hide spoiler)]