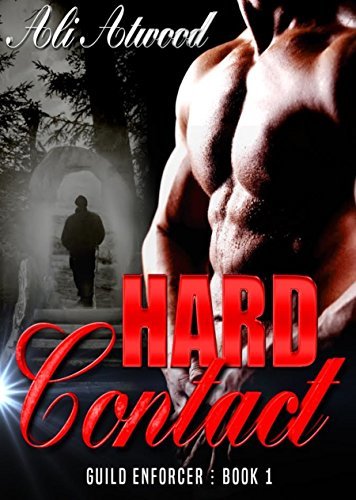 Hi everyone,
Genre: M/M romance/Urban fantasy
157 pages
Copies in mobi, epub, and PDF formats
I would like the review in 1-4 weeks.

This is the first book in the Guild Enforcer Series, a sexy, action-packed romance with no cliffhangers and a HEA ending.
On the surface, Ty Lighthorne is a successful bounty hunter based in Boston. Undercover, he’s part of a covert task force regulated by the Fae Justice Guild. Ty and the team pursue paranormal criminals who’ve escaped to the human realm to avoid punishment. Since Ty is a hybrid, half human and half fae, he’s at home in both dimensions.

Reed Harrison’s dream of becoming a piano soloist was in his grasp until tragedy ripped his world apart. When the justice system fails him, he devises his own method of retribution reinventing himself as a licensed bounty hunter.

Ty and Reed are polar opposites, but events force them into partnership and the sexual sparks fly. Reed maintains his distance because he’s all about the mission—hell-bent on revenge. Ty is a mix of toughness and devil-may-care with a strong allegiance to the Justice Guild. He knows better than to trust anyone with his secrets. A hot-blooded affair could threaten both their futures.

Just an opinion, but in these scary days of "Me too" Ladies seem able to successfully publish sexy novels, but for men, it's a mine field. A good example is the Hand Maiden series on t.v. adapted from the novel by Margaret Atwood, totally and utterly misogynistic.
Must say, though, it is compulsive viewing with excellent performances.

Yep, I can't argue with any of that.