Mod
Please welcome our host this coming week, Donna Everhart. Donna is an animal lover, cancer survivor, cook, gardner, and writer of southern fiction set in the 40s, 50s and 60s. We can't wait to spend the week with her! 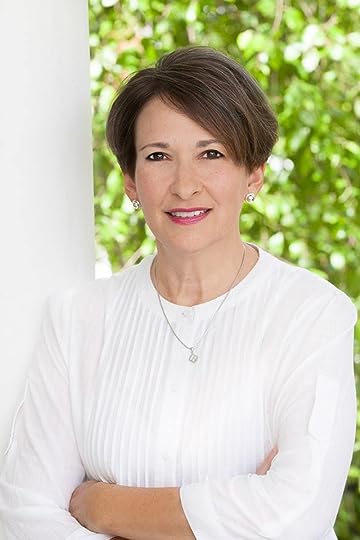 Welcome, Donna! Please tell us about yourself!


First, let me say thank you for having me, I look forward to hosting this week! I was born in Raleigh, North Carolina, and was raised along with a brother only a mile or so from my grandparents, and many aunts, uncles and cousins. I am married, have two children, two grandchildren, and I’ve been a runner for about thirty years. I love to cook and bake (hence the running), and spending time outside. I don’t think I could call what I do outside as “gardening.” We could call it yard puttering. I worked in Information Technology for thirty-five years before turning my focus on writing. I am an avid animal lover, and a member of the ASPCA and the Humane Society. I recently battled Stage III cancer, diagnosed not quite a year ago (August 2017). It was a very scary time for me and my family. I’m in the monitoring stage at this point which means PET scans every six months for the next couple of years.


Please tell us more about your book.

I actually have two out, and a third coming in January 2019. True to my roots, I love writing southern fiction, and coming of age stories in particular. I also set my stories in the 40s, 50s and 60s. I love these timeframes, because while there were complicated issues – like the wars fought – these were simpler times from the perspective of lifestyles and technology. 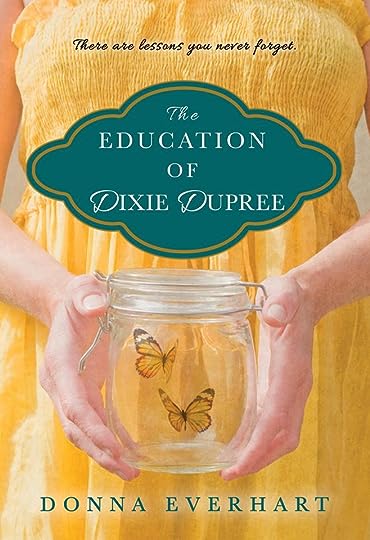 The first book, The Education of Dixie Dupree, (released October of 2016) was an Indie Next Pick, an Amazon Debut Spotlight and Best Book of The Month (all in Nov 2016), Business Insider, Insider’s Pick and long listed for The Southern Book Prize. The story takes place in Alabama in 1969. It’s told from the POV of an eleven year old girl named Dixie Dupree who has learned to lie to protect herself, and her family. Dixie records everything in her diary-her parents' fights, her father's drinking and his unexplained departure, and the arrival of Uncle Ray. Only when she desperately needs help and is met with disbelief does she realize how much damage her past lies have done. 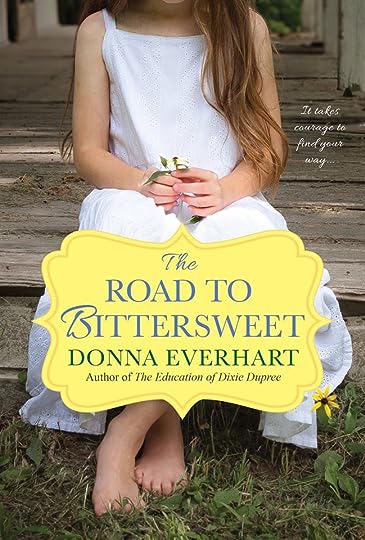 The second book, The Road to Bittersweet, (released December, 2017) was chosen to launch Southern Lady Magazine Book Club Selections, was a Southern Independent Booksellers Alliance Okra Pick, and a TRIO selection (artwork and song based on the story). The story takes place in 1940, in the NC Appalachian mountains, and is told from the POV of fourteen year old Wallis Ann Stamper. Her family consists of her Mama, Papa, older sister Laci who is an autistic savant, and young brother Seph. After a devastating flood – based on true events – forces the family to flee in the early morning hours, they end up losing all they have, and each other temporarily. They are eventually reunited, but are eventually forced to begin another perilous journey from their ruined home to the hill country of South Carolina. Wallis Ann befriend a young man, Clayton, a high diving performer for a traveling show, and this sparks a new opportunity. The family joins as a singing group, but it’s Clayton’s attention to Laci that drives a wedge between the two sisters. Jealousy and betrayal threaten to accomplish what hardship never could—divide the family for good. 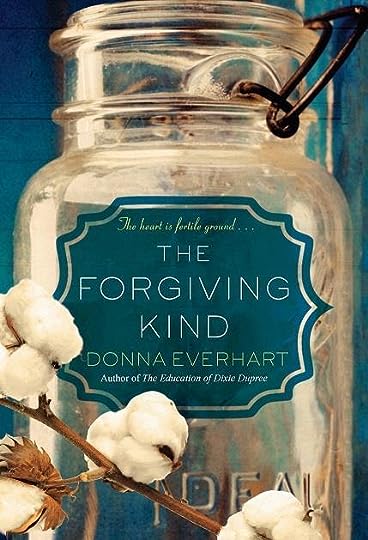 The next book, The Forgiving Kind, (releases January, 2019) takes place in 1955, in eastern North Carolina on a cotton farm. Told from the POV of twelve year old Sonny Creech, we learn she, her two brothers, and her parents work hard on their land, but only Sonny loves the land the way her father does. When a tragic accident claims his life, her stricken family struggles to fend off ruin—until their rich, reclusive neighbor offers to help finance that year’s cotton crop. Sonny is dismayed when her mama accepts Frank Fowler’s offer; even more so when her best friend, Daniel, points out that the man has ulterior motives. Sonny has a talent for divining water—an ability she shared with her father and earns her the hated nickname “water witch” in school. Mr. Fowler’s disturbing influence in her world begins to breakdown her bond with Daniel because of Mr. Fowler’s bigoted taunts. She tries to bury her misgivings for the sake of her mama’s happiness, but a reckoning is coming, bringing with it heartache, violence—and perhaps, a fitting and surprising measure of justice.


Tell us about some of your writing highlights this year!


I have been really busy with promotion on THE ROAD TO BITTERSWEET – and some with THE EDUCATION OF DIXIE DUPREE. I have traveled my state, been to Mississippi, and Georgia to visit bookstores, libraries and book clubs, and have loved every minute of it. I still have events through October, and one of them I’m especially excited about is coming up next month when I’ll go to Jackson County, which is the county THE ROAD TO BITTERSWEET is set in. I have three events that week before going on to Nashville and to Parnassus Books, where I will get to meet Pam Tillis who did the song for THE ROAD TO BITTERSWEET. (yes! THAT Pam Tillis!)


What are you working on next?


My fourth book will take on the history of moonshining in my state. The working title is SHINE MOUNTAIN, and I’m about two-thirds done with it. The timeframe is 1960, Wilkes County NC, in an area called The Brushy Mountains and is told from the POV of sixteen year old Jessie Sasser. Jessie was born into a legacy of moonshining and bootlegging, yet she is certain this is what killed her mother. Wanting no part of it, she inadvertently reignites an old grudge with a competitive family of moonshiners and bootleggers, setting off a series of events which ultimately reveals her true destiny.

Please visit this page for daily posts form Donna. Here are links to other places you can find and follow her:

Hi Donna! So happy to see you hosting this week.

Eldonna wrote: "Hi Donna! So happy to see you hosting this week."

Rebecca wrote: "Please welcome our host this coming week, Donna Everhart. Donna is an animal lover, cancer survivor, cook, gardner, and writer of southern fiction set in the 40s, 50s and 60s. We ..."

Thank you, Rebecca for having me! :)

Hi! Your books all sound good and the covers are beautiful! Thanks for hosting this week.

Debbie wrote: "Hi! Your books all sound good and the covers are beautiful! Thanks for hosting this week."

Hi Debbie, thank you - Kensington has done a wonderful job on all the covers, for sure. I'm glad to be here.

Stella wrote: "Your books look amazing, on my tbr list"

Your books all sound very interesting. I plan to add to my very long tbr list. I look forward to learning more.

Beverly wrote: "Your books all sound very interesting. I plan to add to my very long tbr list. I look forward to learning more."

Thank you Beverly - I understand about the long TBR list, and yet I still buy more.

Have you seen someone divining water?

Dyana wrote: "Have you seen someone divining water?"

Barbara wrote: "Your books are on my TBR list!"