This is a continuation of the original Free Ebooks 2 thread, which became too long and unwieldy.

This is the ONLY place people can post a link to a free ebook!!! Authors, bloggers, and members are all welcome to post a link here if they spot something other members might enjoy reading. Don't keep re-posting the same link. Spammers will be blocked.

For Halloween, the first book in the Ichabod Crane and Headless Horseman Mysteries, The Mystery of the Headless Husband, will be available for free download on amazon. 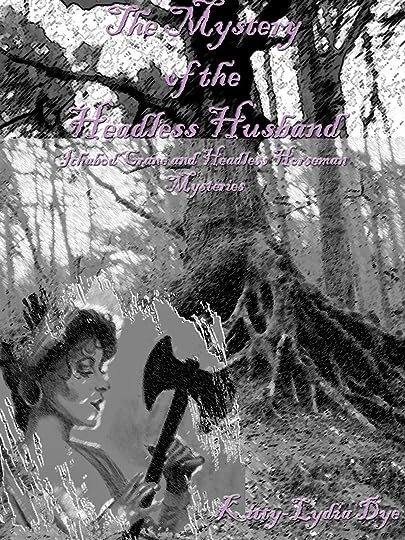 'A faint heat went over his cheeks while the rest of his body was cold. Tingling in his ears was an ache, as if someone was screaming in the distance. His journal, which he had tucked under his arm, felt heavy.
Icha-bod. Icha-bod.
Blasted toads again! Ichabod tried to ignore the human-like croaking.
Ichabod, look at me!
Ichabod twitched. His eyes flicked up. Where had the moonlight vanished to? He could barely see the outlines of the aged trees.
Warmth spread across his neck. It was not like a blush but the stroke of another person’s fingers. When he reached out, he felt no one there.
“Stop it, Ichabod,” he told himself. “It is a trick of the mind.”
At that moment the very breath was torn from his mouth. Ichabod gagged. It was the air – foul and rancid. He couldn’t ignore this.
His hands leapt to his throat and his journal dropped to the ground. There were things in the darkness. Shifting things, curling and uncurling, getting closer.
It was crawling out of his journal. Ichabod, with wide eyes, watched as dark ink-like tendrils escaped from the paper and formed into a slim, curved figure which had hands. Hands which opened its fingers wide to—'

One Halloween night, Ichabod Crane vanished. Most believed the Headless Horseman had whisked him off. The truth was that he had hid himself away in shame after being the victim of a cruel trick—the Headless Horseman who near harried him into an early grave was in fact a love rival for the affections of Katrina Van Tassel.
Five years pass and the rival, Brom Bones, is found beheaded. Ichabod returns to Sleepy Hollow to search for the killer and woo the now widowed Katrina. Instead, he gains a headless ally...
There is something strange in the air that is affecting the women. Could it really be the ghost of a Salem witch? Join Ichabod Crane and the real Headless Horseman as they try to discover whether an otherworldly evil has fallen upon Sleepy Hollow or if it is the power of suggestion.

A short supernatural mystery based on and inspired by Washington Irving’s 'The Legend of Sleepy Hollow'.

I hope you enjoy reading it ^.^

The Mystery of the Headless Husband


The first book in my Society to Engineer Ascension, Hellver Gate, will also be free for Halloween. 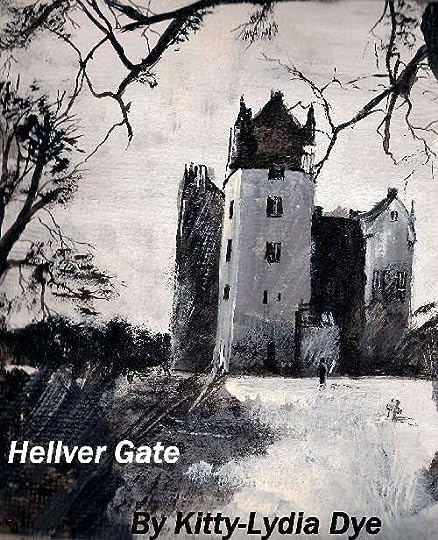 In a castle trapped on an island, there was a woman who wished for a child. She consulted dark arts and ran with wolves for this simple wish. However, supernatural and scientific meddling left her dead and the child missing.

Seventeen years passed, and the child returned to his ancestral home in a shipwreck, washing up into the arms of a never ageing woman who haunts the shores. The castle was now inhabited by the strange Angelus Nocturnal cult, while two creatures from the future tried to change the inevitable dystopia that awaited them.

Inside the womb of Hellver Gate castle many lives had passed through there – deranged, broken or simply lost creatures. The castle watched them grow, listening to their desperate pleas . . .

She was back in the corridor of animal tapestries. Only moonlight could show what stalked the shadow’s undergrowth. In sunlight, these woven creatures stood still and alive, yet when the moon’s pure gaze viewed the images the truth was revealed. With a few milky rays, it showed the ruined abyss that surrounded her.

Deer drank from a pond in daytime, their bodies timid and breakable. In the animals’ reflections it showed the sky in darkness, and the deer torn asunder by white winged humanoids that were without gender and faces. Their serene feathers were bathed in innocents’ blood.
The mighty lion, embodied as a being of flames, reached upwards in a deafening roar. Even that great beast had been defeated. Its dark reflection lay in a pool of blood. The creature’s pride and dignity had been buried beneath the ground. Arrows that carried snow plumes pierced the decaying body.

Dragons, snakes and hawks lurked on the walls in both day and night, life and death. In each one, those strange winged beasts wandered. They hid from the sun and cowardly laid the world asunder in the shadows.

But there was one grave marker without its night time counterpart.

Katerina stared intently at the area just above the howling animal’s shoulder. Hellver Gate castle could be seen in the distance. She placed her hand over it, and the torches hanging between each tapestry alighted.

Here’s the blurb:
For solitary novelist Jorie Price, true love seems as fictional as the shape-shifting creatures she writes about in her paranormal romances.

Griffin Westmore doesn’t believe in love either, but she’s one of those not-so-fictional shape-shifters who secretly live among humans.

When Jorie’s writing gets uncomfortably close to the truth, Griffin is sent to investigate and, if necessary, kill the author to protect the secrets of her kind.

But when Griffin unexpectedly finds herself drawn to Jorie, her world is turned upside-down. Hell, she’s supposed to kill the human, not fall in love with her! How can she complete her mission now?

Hi all! The new novel The Girl, the Ghost and the Kill will be free as an Amazon eBook on June 20th and the 27th. It is also available as a Kindle Unlimited offering.

"Evil must be identified before it can be driven away," Jess once read... and then she made the mistake of voicing it within the walls of her stepfather's mansion. In the twilight months between her high school graduation and college move-in, Jess wants to finally be treated as an adult who knows things, and if she can prove only one fact, then she is determined to prove the impossible: a ghost plagues her family's hundred-year-old estate—an enraged ghost—and it is obsessed with Jess, alone. But in her quest to lift the veil from this ethereal presence, Jess must decipher: are the feelings of being watched, the creaks, and the shovings all manifestations of malice... or are they warnings?

Hi again! A quick reminder that The Girl, the Ghost and the Kill is free on Kindle, today only!

In honor of Father's Day, we've come to one last FREE Sunday offering for The Girl, the Ghost and the Kill. Today only... for real this time!