The Death Messenger by Henry Taba is a novel talking about a young man spent his life trying to find his life purpose but just found himself trapped in the mystery of becoming a death messenger. This set of the mysterious journey of this man to the great unknown he never expected. Who he met along the way and how the devil manipulates his world.
Check it out at for free at
https://www.amazon.com/dp/B07FFW9XBX

Hi, I'm having a free book promotion for the last two days on this weekend, Saturday and Sunday(21/7-22/7). Remember to grab yourself a free copy before the promotion ends. Thank you very much and happy reading!
Here is the link to "The Death Messenger" by Henry Taba:
https://www.amazon.com/dp/B07FFW9XBX

Here is my latest release : IT'S IN YOU: find out the person in you, you've got so much in you https://www.amazon.com/dp/B00PVQER7A

A message is delivered, the death answers his friend, both are connected. Moreover, the death has confirmed his imaginary demon which he thought ain't real. As he receives the death message of his girlfriend, he has no choice but just to dive deeper to understand the demon before he could avert the death of his girlfriend. How can Westcliffe prevent the death of people he loves when he is discouraged by the living? Consequently, his life is never the same again.

JessReviews wrote: "...The storyline was well thought out and I liked the idea of the death messenger and the demon..."

Hey guys, don't miss out this great review @ JessReviews & get your copy now @ The Death Messenger. Thanks Jess Peters for your honest review‼️🤘😄


If you enjoy reading a book and find mistakes, you’re at the right spot!
My upcoming book 2 for Whisper of Demon series is coming out soon. Hence, I need a few willing beta-reader to read my book and share me your critics.
You can check out the first book at The Death Messenger .
Drop me a private message if you're interested to join my beta reader group.﻿﻿
Thank you and happy reading!

Hi everyone, I'm a new Goodreads author and I'd love it if you guys would take a minute or two to check out my debut novel, Another Last Chance, which is a crime fiction and it's currently on sale at $0.99. Go check out the preview and get yourself a copy, you wouldn't regret it.

Synopsis:
Kevin Jones is on the run – from corrupt cops and a drug gang. After spending several months in the company of a friend who hustles drugs Kevin had decided to cut ties with the crew to ensure a crime free future for his girlfriend and their unborn child. But he makes the mistake of one last lime, and on that fateful night he is almost beaten to death by members of their past rival, and finds himself seeking refuge at an operational base in the Brasso Seco forest that is being guarded by police officers and soldiers. On realizing that the officers are part of a major drug trade, Kevin escapes their deadly intentions and is being set-up. Now he has to survive long enough to prove his innocence.

Please check out the preview on the amazon.com the link below:
https://amzn.to/2VVM4fv 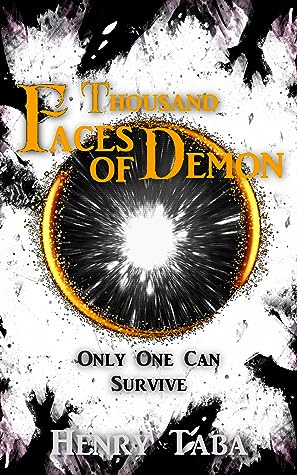 Check it out @ https://www.amazon.com/dp/B083SMPDYL.
Happy Reading!

The blurb:
A demon is turning souls evil. Humans are losing their humanity.

Keira Kenchuro, an orphan and well-known surgeon, has always occupied herself with saving lives. But when an unknown disease takes her sight; a once-promising career is suddenly in free-fall.
Things get worse when her best friend betrays her. She is alone, terrified, and desperate to cure her vision - to gain back everything she has lost. Until she sees things science can't explain and starts to doubt the evidence of her own eyes.

In her journey to find an explanation for the mystery, she walks straight into a trap. A trap which could take her life. Can Keira survive and walk out alive? 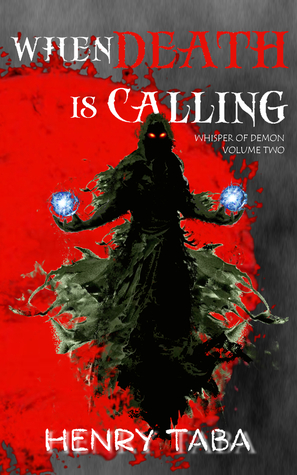 Stay at home, fight Covid19,
But don't forget to get a free copy of "When Death is Calling" when it's free !!