x [appearance;human or cyborg] x
(view spoiler)[Yuki has long, platinum blond hair which she keeps in a ponytail. She has big caremel colored eyes and pale skin. Yuki has a very petite figure and stands to be around four foot nine. She's not necessarily a cyborg, but she does have a robotic left eye, which was made to look exactly like her right. (hide spoiler)](view spoiler)[ 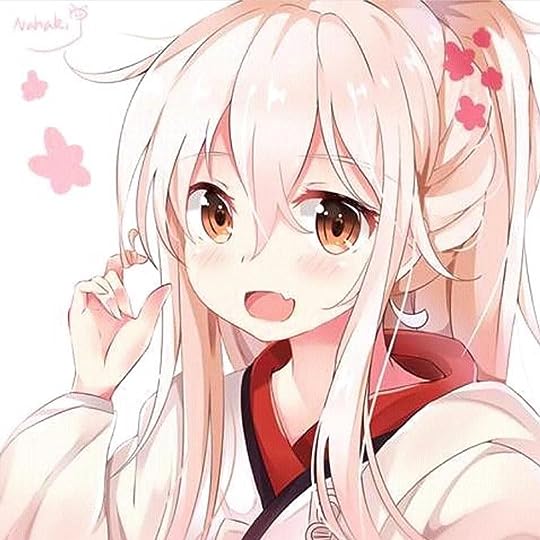 x [personality] x
Yuki is rather childish person who disregards responsibility and just tries her best to have fun. She's kind hearted and always wears a warm cheerful smile. Yuki often gets excited over the smallest things. Yuki is rather dense and doesn't seem to know much about the world, so naturally she's rather curious. However, this fun loving girl isn't the only side to her, in fact she has a split personality she isn't exactly fully aware of. This split personality of hers is rather troublesome to Yuki because it leaves blank spots in her memory. This side of Yuki is rather cautious and seemingly harsh towards most. {For the purpose of my sanity, I shall refer to this side of Yuki as Kiera.} Unlike Yuki, Kiera seems painfully aware of Yuki and the world. She doesn't really seem to trust easily and always takes control whenever Yuki's in dangerous situations or talking to dangerous people. Kiera is mainly the reason Yuki hasn't taken candy from a stranger or walked into a strangers van. Unlike Yuki, Kiera is rather responsible. Kiera is also rather dangerous, and wouldn't even hesitate to hurt someone if need be. When she's in control she always manages to anger some people and get into fights.

x [history] x
Yuki didn't really have the perfect family growing up. Her parents had abandoned Yuki and her older brother when they were still really young. The two were raised by a woman who knew their parents. The woman was always busy and hardly had the time to play with them or properly take care of them. Yuki never seemed to care though and was always content with the fact she had her older brother. Her older brother, Katzumi, became aware of his sister's split personality after a few weird encounters with her split personality and quickly became adapt to handling it. He gave the other personality the name Kiera and kept her a secret from his sister, for fear it may somehow effect her in some way. He came up with the theory that Yuki had subconciously made Kiera in hopes of staying hopeful forever, but had no proof. He did his best to keep Kiera out of fights, but wasn't always sucessful and just found him getting dragged into the fights she was in. When Yuki was about 10, Yuki was caught in a fight with some people Kiera had recently fought with. They had come up to Yuki with knives. Kiera hadn't taken over in time though, and they lost their left eye in the knife fight. In the end, it was a robot that Katzu created who was the one who saved them. Yuki's foster mother had payed for the surgery to get Yuki a new eye, hence why she now has a robotic eye. She also has a lingering scar on her right arm. 2 years after that incident, Yuki's foster mother died from an unknown disease. The two siblings have lived alone since.

"Having a soft heart in a cruel world is courage, not weakness." 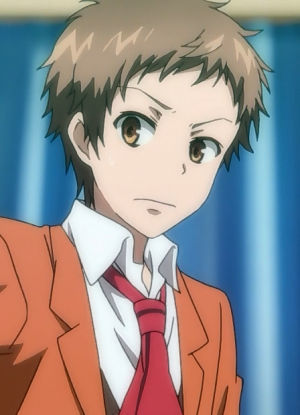 x [personality] x
Katsu, much like his sister, prefers to have fun and live in the moment. He pays close attention to his suroundings and if push comes to shove he'll take initiative and be responsible. Naturally, he's overprotective over Yuki, so much that sometimes it's overbearing. He, much like Kiera, has trust issues, though not noticeable or especially severe. He just doesn't trust people who keeps big secrets or people with hidden intentions. He practically never gives in to anyone other than his sister, so you'd have to be pretty special to be able to get him to change his mind about anything. He's considerably patient, and despite how he may act, he's actually considerably smart and relies more on his wits than his strengths. This does not mean he's slow or weak, he exercises daily and is rather strong and fast. He's extremely caring and sweet. He'd always find himself taking in injured animals. He's also really energetic and easy to anger. He hates being called "sister lover" and can be a bit full of himself at times.

x [history] x
Katsu's parents abandoned him and his little sister while they were fairly young. The two were raised by a woman who knew their parents. The woman was always busy and hardly had the time to play with them or properly take care of them. Neither sibling really cared though. Katsu perfered to spend his time doting on his little sister or inventing things. Katsu loved to make small robots that he and his sister would play with. Eventually Katsu and Yuki started calling the tiny robots their friends. Katsu eventually started to notice Yuki's split personality after a few encounters with Kiera, and quickly learned to adapt to her sudden personality changes. He gave the other personality the name Kiera and kept her a secret from his sister, for fear it may somehow effect her in some way. He came up with the theory that Yuki had subconciously made Kiera in hopes of staying hopeful forever, but had no proof. He did his best to keep Kiera out of fights, but wasn't always sucessful and just found him getting dragged into the fights she was in. In order to keep Yuki safe, he decided to make a robot that would protect her. He made the robot look and act like a human around their age. When he was about 12, he was programming the last finishing touches on the protection robot he had named Kurosawa. Just as he finished the programming, he got a live video feed from one of the small flying robots he had follow Yuki at all times. When he saw what happened he sent Kurosawa over there to help Yuki defend herself against the ones who had conerned her. He ran there as fast as he could and he and Kurosawa had just barely save Yuki, however they didn'tget there fast enough to save her left eye. Yuki's foster mother had payed for the surgery to get Yuki a new eye. The surgeons wanted to use a synthetic eye, however Katsu made a robotic eye that looked exactly like her other one and made them use that one in the surgery. Whenever he was asked, he would always respond that he didn't want his sister to have an eye she couldn't even see out of. After his surgery he added a few more programs so Kurosawa would develop his own personality. He later introduced Kurosawa to Yuki and told her he were to be their new older brother. Two years after that incident, Yuki's foster mother died from an unknown disease. Katsu, Yuki, Kurosawa, and the other robots lived alone ever since. They've recently taken in a baby kitten whom has already become a new member of their strange family.

"It's kind of pathetic to give up before you even give it a shot." 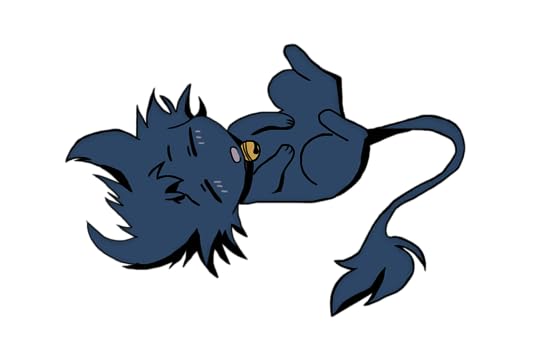