here we are people 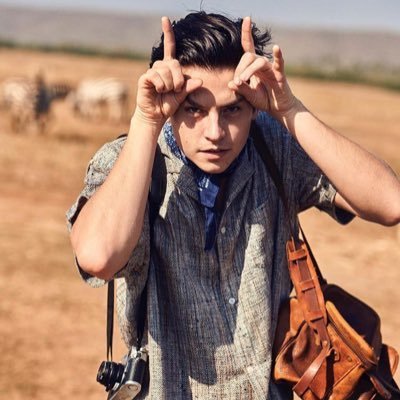 leonardo isn't your average demon, he doesn't steal souls or cause torment i swear to god. or, is that okay to swear to god upon demons? whatever, the point is that this lonely little photographer isn't one to get into many battles of his own, they just aren't his style, not at all. but one thing's for certain, he loves his photography, like legit loves it. with all his evil heart. so upon that note, all he tends to do with his spare time is take photos and drive around in his tiny little vehicle. it's a nice little vehicle actually- honda black crv, first generation. cute little ride.

leo is a laid back type of guy, not really getting himself into anything that might get himself into trouble. his style of anything is basically laid back. "sorry, already said that" is one of his most used quotes as you might call it. he tends to ramble on and on about one topic, so please stop him if you can. being a demon has given him the reputation to scare people that know he's a demon, especially if he tells you for the first time. might scare you too so watch out.

his history is pretty self-explanatory, he grew up into a "normal human life" with his demon parents and never even found out until he was ten. shame, he actually thought he was as normal as his friends back then. then, without thinking, he told every single one of them. and to make you "totally surprised", no one talked to him for the rest of the school year. like no one, except the teachers and the few forced partners for projects. other than that, everyone tried their absolute hardest to stay as fucking far away from him as possible. so, that was that. after a few more years of torment and rejection, he finally got to the age in which he could go to college, even though it was still his senior year but that didn't matter. his parents sent him here anyways, what a chap to accept it and move on huh?

yes, he's gay thanks for asking. he can't help it but he can help loving women too. so. . . he's bi right? yes! that's it! okay, he still doesn't want to tell anyone being he usually doesn't talk to anyone anyways. you get caught talking to him? you might make a good friend! so. . . lucky you!

amelia is one of those normal looking thirteen year olds, a big blob of curly hair that seems to always be placed on her head. he stands at a whopping 5'6", almost reaching her brother. dang him, she's only five inches short. she's not all that strong, but she's strong enough as she says so. she of course has her werewolf powers just as her entire family does but there's one thing different about her. we'll get to that later. amelia's never one to give up, neither is she one to give in. she will give in eventually, just give her a clear reason and you might have a go with her.

born four years after her brother and not far off from her younger sister born a few years later, amelia was a werewolf just like all the rest. her father was a werewolf himself and it seemed to the children that their mother was a psychic. she wasn't all that powerful, but she seemed to have this ability to know when the children were doing something that'd get them into trouble. it always seemed to amelia that her mother would come rushing in at the right moment, just to stop them. it always seemed to her that being a werewolf just wasn't for her, so she started trying to find a cure for this so called "disease". her brother tried to stop her, help her even but everytime he did she'd just yell at him. and yell and never stop yelling. she thinks of it as a mistake even to this day. 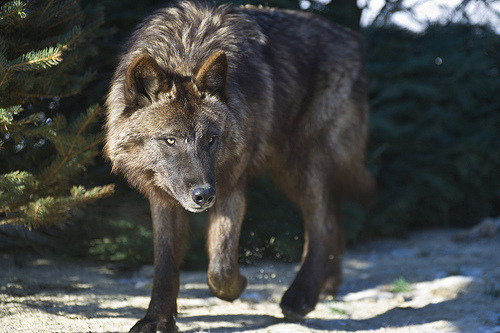 each time she tried to cure herself, her usage of powers always became more and more painful. so painful that if she even tried turning into a wolf i'd hurt like hell. literally hell. she won't stop trying though, she's not one to give up or to give into other things so easily. being that it hurts so much some say if you see her in wolf form coming at you, you better run. or try and stop her, let's see if you'll succeed. you might, or you're just lucky.

after her brother was sent off to this school amelia had heard of, she begged her parents to go see him. she had always loved hanging out with her older brother, even if he did "older people" things. they of course, disagreed until she turned eleven. then, at that age, they finally sent her there. she hasn't made very many friends, neither has she hung out with her brother that much, but it seems to her that this school will be a great time to loosen out. and maybe, find that cure she's been looking for. 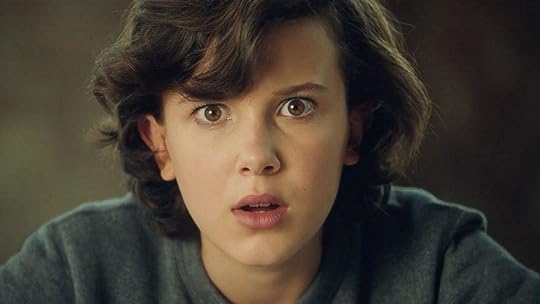 lin hardly knows anything about herself and that's the far truth. all she can remember is help to create something truly radical as most people nowadays would say it as. she's lived through the eras even through the times of when one of the main triplets was locked away. strange, lin never though they would betray their own sibling for something she didn't even know about! doesn't matter, until she was locked away too. okay, you might be thinking it's all fun and games right? nope! lin was pretty pissed to be honest and is still locked away. what did she do!? nothing!? welp, she may as well tuck herself in for now and wait out the storm.

as one of the nine divines, lin has her own set of traits that she absolutely adores. who wouldn't adore a rebellious and upstanding person?! sitting as chaotic neutral, lin has been known to not care what she's doing as long as it'll get her somewhere. it's sorta what she was made her. her motto seems to orbit around this: "fight to the death and never surrender." might put her somewhere terrible one day who knows. also being completely random and unpredictable, lin hasn't ever chosen sides in anything. all she does is this, ensure she's at the top before looking down to ensure everything's going fine. meaning this, she'll do whatever it takes to ensure her well being and her status. it hardly means anything to her but as long as she's worth something it'll do.