This topic is about Benighted
18 views
New Releases > Benighted (1927) by J. B. Priestley 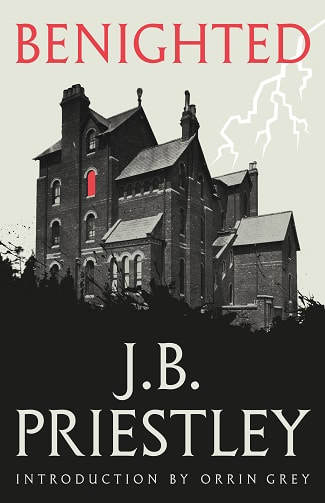 A torrential downpour forces Philip and Margaret Waverton and their friend Roger Penderel to seek shelter in an ancient, crumbling mansion inhabited by the strange and sinister Femm family. Determined to make the best of the circumstances, the benighted travellers drink and talk to pass the time while the storm rages outside. But as the night progresses and tensions rise, dangerous and unexpected secrets emerge. On the house’s top floor are two locked doors: behind one of them is the mysterious, unseen Sir Roderick Femm, while the other conceals something terrifying and deadly ...

Benighted (1927), a classic ‘old dark house’ story of psychological terror, was the second novel by one of the most prolific and beloved British authors of the 20th century, J.B. Priestley (1894-1984). This edition includes an introduction by Orrin Grey, who discusses the connections between the novel and its film adaptation, James Whale’s The Old Dark House (1932).

‘There are none too many stories comparable with this one.’ - The New York Times

‘Priestley is one of the finest and most popular storytellers of the last hundred years.’ - Margaret Drabble

‘J.B. Priestley is one of our literary icons of the 20th century. And it is time that we all became re-acquainted with his genius.’ - Judi Dench