1. Guy A is a nineteen year old father. He's had a baby with a girl in his past relationship. She left him soon after the baby was born. Guy A was left with a son/daughter to take care off all on his own. He threw away his teenage life for the child, and being a single father was tough. One day, he takes his child to the mall where he had hoped to hang out for a bit with a couple of his friends. But the child soon wanders off and sat on a strangers lap. This stranger is Girl A and the toddler had started playing with her until Guy A came towards them. He apologizes and they chat for a bit and Girl A is completely convinced that the child is Guy A’s little sibling. Guy A doesn't deny her assumption because he is afraid she will stop talking to him if she finds out the truth.

2. During the day, Girl A and Girl B are the picture perfect daughters, they’re Daddy’s little princesses by day. However, they aren’t as perfect as everyone makes them seem. Both girls are no strangers to local parties and bars. They sneak out late at night and often get in trouble without their father knowing. The night was going pretty well. Guy A and Guy B are new in town. They are the classic example of a dad’s worst nightmare for his daughters. The girls run into them at the town's annual block party. One thing leads to another and Girl A and Girl B find themselves way too interested by these two new guys. Possible pregnancies, drug addictions, run ins with the cops, ect. How will the girls’ father react to this? {this doesn’t need to be doubles}

3. Guy A and Girl A would never talk while actually at school. Neither comes from a great home life, there are a lot of drugs, alcohol, abuse, and fighting involved in both households, which is tough on both kids. They also happen to be neighbors. Outside of school, they’re pretty good friends. They tell each other everything because they know the other will understand. They’ve also had a few hook ups here and there, but nothing there’s nothing too romantic about their relationship. As their luck only seems to get worse, the two become closer. They talk about things like running away together, whether they actually do it or not is up to us.

4. Girl A is in rehab for self harm and bulimia. Guy A is in rehab for attempted suicide. Both of them are very messed up and during their endless help groups and group therapy sessions, the two have an interest in one another. They continue to bond throughout rehab and make plans to keep in touch outside of rehab, If they ever manage to heal enough to get out.

5. So this is kind of like The Fault in Our Stars. There's Guy A (in his early twenties) whose only real family member is his grandmother. She has stage four brain caner, and passes away. They guy, obviously distraught, is in the hospital cafeteria after her death, and that's when he meets Girl A. Girl A has cancer. Whether it be terminal or not, she's been given a wish by the Make a Wish foundation. Her wish is to travel the world. And while her doctors determine whether she is healthy enough to do this, Girl A and Guy A start talking, and eventually become friends. She invites him to travel the world together. They make a crazy bucket list and travel the world together, eventually falling in love and all of that cutesy stuff.

6. A young married couple. They got married right out of high school, despite the disapproval from both families. Everyone knows that most young marriages don't last. And yes, these two have their problems (fighting, not much money, ect) but they make it work most of the time. So there's a lot of flexibility in this plot. Maybe they could be trying to have kids, or maybe they already have a young toddler and another on the way, and we just roleplay out their normal lives, adding drama where it's necessary.

7. I also like the idea of having a group of friends (so we might have 2-4 characters each) and they are college aged and they just do a bunch of crazy, fun, drunken things. Maybe they get in trouble with the police, relationships form between some of the friends, sex, drugs, whatever we can possibly think of :P

8. Girl A's boyfriend committed suicide. It was sudden, traumatic, and sad. The girl is in a state of shock and depression, unable to believe he is gone. Guy A was the suicidal boys best friend. He feels guilty for his best friends death because he wasn't able to help him out more. Girl A and Guy A know each other already, but they start talking once again at the funeral for their lost loved one. Over time, feelings between the two develop as they bond through their sadness and as they try to keep the fallen boy's spirit as alive as they can.

9. And I'm also obsessed with military people coming home recently. So maybe a soldier coming home to his baby who he has never met. And maybe he has PTSD from the war and stuff.

10. Guy A is accused of murdering three women. Rather than plead for innocence, his lawyer plead insanity in court. Guy A is not insane and he is not a murderer. He's not a good guy, but he did not murder those three women. Girl A works at the mental institution Guy A is sent to. At first, she is nervous around him. Who wouldn't be? He's a murderer, right? But as she gets to know him (maybe she is assigned to be his therapist or something) she begins to become more and more doubtful that he committed that crime. So, Girl A decides to try and help him escape the mental institution, along the way they fall in love and all of that cutesy stuff. We could throw in some bumps along the way. Like maybe Girl A gets thrown into the mental, illegally, because the warden finds out what they are trying to do. Or things like the mental institution is practicing illegal things on the patients. We can go a few ways with this (:

11. Guy A and Girl A have a mutual friend, Girl B. Girl B ran away two days ago. Guy A and Girl A are worried about their friend, but they don't start actually doing anything until they start to find hints and clues that Girl B may have left for them. They go on a wild road trip around the country, looking for their lost friend. Along the way, they find something more than their friend. They find love. (Lmfao sorry that's cheesy)

12. (I see this being more of a mxm, but we could make it work mxf as well) Guy A is the star athlete of the school (or pro athlete/college athlete depending on the ages we want to use). Guy B tried out for the team, but simply wasn't good enough. So, wanting to still be a part of the team, Guy B asks the coach if there is any way he can help out. So the coach tells him that he can be the water boy. Being the water boy isn't an easy job considering the rest of the team bullies you and teases you. But, Guy B was willing to go through the torture to help the team out. But secretly, Guy B has a crush on guy A. Guy A doesn't get involved in the bullying of Guy B, but he doesn't do anything to stop it either. When Guy A gets injured in a game, Guy B is assigned to help him with his physical therapy, and the two start to get to know each other a little better and eventually start dating. (I don't care what sport we use, Football, Hockey, Soccer, Basketball, Lacrosse, ect)

13. Girl A and Guy A are on the FBI's Top Ten most wanted list. The couple travel around the country, committing crimes such as bank robbery, murder, and vandalism. But they aren't all bad. In fact, they do bad things for good causes, but that isn how the police see it. So this role play would involve the couple running around the country, avoiding police, and possibly doing some gory crimes.

15. Two teenagers are both single parents, with different situations, the girl has no support, and has dropped out of school to take care of her little girl and to work her full time job, while the boy stayed in school, his parents helping support him. The boy and girl meet one day, while dropping their toddlers at daycare, the toddlers bond, while their parents flirt, and a relationship blossoms.

Sounds good to me! I love it :P

For your idea how old should our characters be? For mine I was thinking early twenties or so.

I think model :P that'll teach him for calling her "runt"

Awesome! My girl will be doing something with horses and my guy will be studying law (:

Simple works for me!

She's lovely! Do you have anything against me using a member from one direction as the appearance for my guy? It's fine if you do, I'm just checking :P

Occupation: Works as a groom a professional horse showing barn. So basically she warms up the horses for the profession riders, cleans stalls, cares for the horses, shows clients’ horses, goes to Europe to try out horses for clients.
She is also studying to be a veterinarian, but she would like to pursue horses as far as she can. Going pro is the ultimate goal but she’s got a bit to go.
Most importantly, she’s a mum. 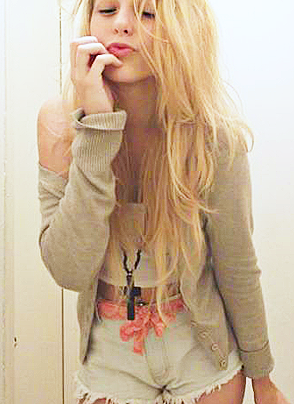 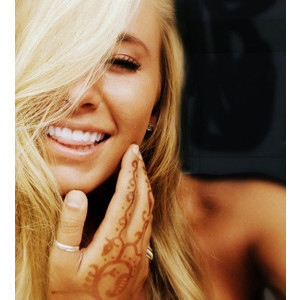 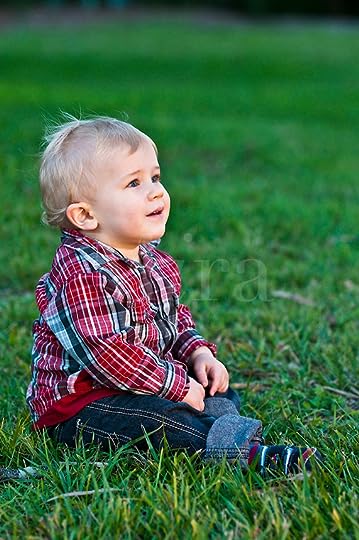 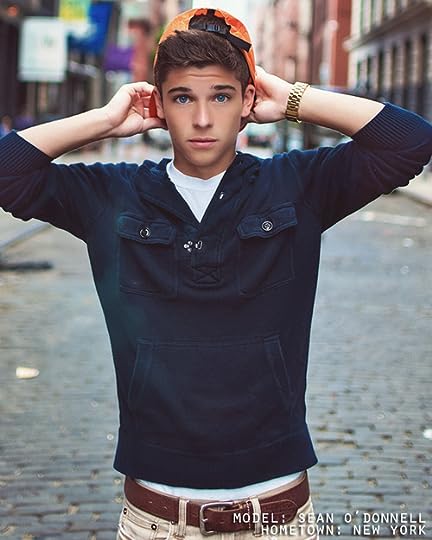 Could you? I've got to go and pick up a friend real quick. I should be back in about 45 minutes!