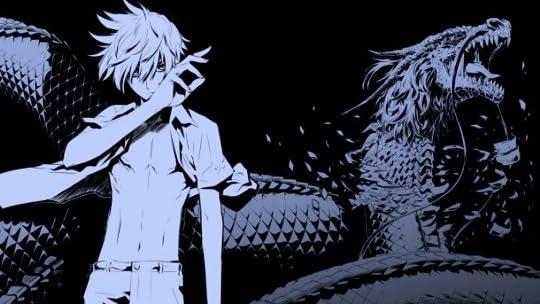 Is there an anime version?
No

In the aftermath of the desperate battle between Goomoonryong and the Martial Arts Alliance -- Yi Shioon's ki-center was destroyed by his own master Goomoonryong, leaving him unable to practice martial arts...

Even though Shioon is no longer a murim-in, more assailants continue to pursue him. Through his encounter with Goomoonryong, the bullied boy has grown in to a respectable man. However, Shioon must now learn to survive in this chilly world of Murim without his master...

My second re-read in the second installation of The Breaker. New Waves basically picks up a few months after the conclusion of Breaker. Shioon tries to deal with his destroyed center of ki, as well as the disappearance/ abandonment of his teacher. Told to forget about the Murim world, Shioon tries to adjust to a normal life once more but unfortunately, the forces beyond his control have other plans for him.

The storyline in fantastic, and the character evolution is on point. I have nothing to complain bout except that now, I have been waiting a year for the final season. Rumors has it that the author will resume near the end of the year after completing another series, so YEAH!!!!!!! I am very impatient especially how everything ended and the epilogue chapter left me gasping with more even though it was a foreseeable scenario. The fight scenes will not disappoint and the blood, carnage and death count is pretty high.

Do I recommend this: