im good with that, Im cool with anything

paranormal, historical, fantasy, which one do you prefer?

i do either. You have a preference?

I can do being a guy, but I naturally end up being kind of somewhat girlish throughout. Your choice

reply | flag *
message 12: by [deleted user] (new)
Aug 02, 2014 09:02PM
Name: Jeniveve Clarice Lawrence
Age: 18
Gender: Female
Personality: Jeniveve is very sweet and somewhat flirtatious. If she likes you, she will tell you. If she dont, then she will just leave you alone.If you ask her nicely and say please, then she just might be nice and do as you ask. She can be very sweet and caring. She can be very loving too. But dont test her patience. She will put you in your place. She can be very friendly and outgoing, but put her in front of a boy she happens to like and she will become quite shy. She has no temper what so ever even when people try to anger her. Jeniveve can be very friendly and kind. She is some times over protective and loyal. She always will try to help people, even if they don't want her help. She is always trying to make friends. Though she does get along with guys much easier then with girls.

History: Jeni's parents died when she was 7 years old, the cause of their deaths, however, were kept secret by everyone around her. Before her parents died her family had lived in Austin Texas, but when they died, she moved to Denver Colorado, to her grandparents who she deeply loves. That is when things began to get weirder for Jeni. Her grandparents at night would always leave but they would lock her in her room alone. Then in the morning they would unlock the door and tell her the same thing that it was for her protection. One night (after her 17th birthday) she was messing around with a camcorder her grandfather had gotten her as a gift. That night she had felt pain and she blacked out. The next morning she woke up and her room was a reck everything was in shreds around the room. She pushed on the door. That is when she found her grandparents dead on the hardwood floor their bodies horrifiyingly burned. She called the cops but they didn't help her. They didn't tell her anything about how her grandparents died just that it was probably an accident. Jeni alone, sad, and frightened went to her grandparents room with her camcorder. When she opened it she saw what had happened the night before. Jeni saw what she had done not even knowing she was able to do it without even touching her grandparents. She closed her eyes and could see flashes in her head of the night before. Was she really a shapeshifter? Though that didn't explain her grandparents being burned. Then she remembered what had happened when she was a child. She had been able to start fires out of no where just thinking about them. That was how her parents had died. Now her parents and her grandparents were dead because of her. With a scream she packed a few things into a bag and started to run leaving her past behind her

Personality: Sam has always wanted to be outgoing. In her mind, Outgoing was how friends were made, how attention was gained. But in truth, she has always been shy, and introverted. She likes to come to decisions and have order in her life. This however makes her stubborn in her ideas, and she likes to be well informed on things so she can argue them. Curiously, she doesn't have many opinions, but rather statements on life. 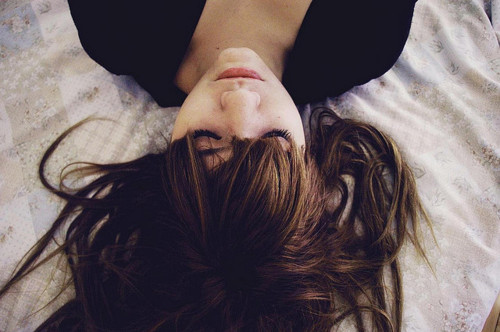 Hair: a little past the shoulder wavyish brown gold, and bangs

Markings: a small tattoo of birds up her calf

History:
Sam was born on the night her father died. She was told he drowned in the mines he worked in, and she never knew him. So, she grew up fairly unworried about her lack of father, though she knew it distressed her mother all the time. The kept moving constantly, until one night, her mother disappeared, with a scream and waft of wind.
She moved in with her aunt, who told her what had really been going on. Her mother was princess of the elementals, and was only allowed to marry her father if her secret was never revealed. Her father had found secrets of her mother's true origin, and both had been slaughtered.
She lived with her aunt, who taught her how to master her powers of air earth wind and fire, being an elemental as well.
Now she lives alone, travelling constantly in search of the ones who killed her parents, the promising sweetness of revenge keeping her going

I'm here. Nice character. Would you care to start?

Sam got out of her car. She could smell them.
They were so close.
The night breeze wafted through her hair gently, as if a reminder of what she could do. There were so many options to killing the people inside the house, but where to start?
She knew there were a few innocents, but what were those when one had been partially involved in murder?

She shook her head. She couldn't just kill random people. She'd have to lead out the murderer.

Jeniveve hid in her room for the longest time. She heard noises and screams so she locked herself in her closet crying from her fear. She didn't know what was happening or what to do.

Sam walked in, grabbing pushing the ONE into the wall with winds strong enough to restrain him-IT.

"Why did you DO IT!!?" Sam yelled. This had happened so many times, she knew that it was already futile to try to explain herself.

The man paused, before laughing

reply | flag *
message 21: by [deleted user] (new)
Aug 03, 2014 10:50AM
Jenieve heard a crash and bang in the hall. She cringed in the closet trying not to scream as she cried. What were they and why were they there? She heard yelling and a laugh before another crash. She finally passed her breaking point and screamed from the closet. She then covered her mouth with her hands.

Sam turned her head to a scream, and set a wall of flames around the man. If she never got to interrogating him, maybe he could just die a slow agonizing death.
"One moment. I'll get back to you on that." She hated the idea of anyone else being hurt, and walked down the hall "Hello?"

"I'm Sam." Sam said simply, not wanting to give further explanation "Is something wrong?"

reply | flag *
message 25: by [deleted user] (new)
Aug 03, 2014 11:15AM
"Why are you here?" she asked not answering the question. She unlocked the closet and crawled out. She was covered in blood and her eyes had tears flowing from them.

"He killed my parents." She said simply "Well, actually, he was just involved, but it doesn't matter."

She felt comfortable with telling this girl what she was doing, something about her seemed so peaceful and gentle

"I don't know." Sam raised an eyebrow at the question, and extended a hand towards the girl. She looked awful

As she took the girl's hand, she felt like smiling. This girl was just like her, in some ways. The way she was terrified of Sam...She felt immediately connected to her.
"Do you...have a name?"

"You should wait...outside. I am going to kill that man-" She turned to see the flames extinguished. He was elemental?!

She growled with anger, grabbing the girls hand "He's gone. We should go before someone calls the police."

"What..."
Sam saw the bodies, and knelt besides them, inspecting them. Each dead
"Are they..."

reply | flag *
message 35: by [deleted user] (new)
Aug 03, 2014 12:04PM
Why did this always happen to her? Someone she cared about died or was murdered. She couldn't move nor could she speak as her tears flowed from her eyes bluring her vision as she stared at the motionless bodies.

Sam said nothing, and each body burst into flame. A proper funeral, she supposed.

Sam nodded, walking out as the house slowly began to burn. She felt that talking would only put salt in the wound.
And for this particular person, she felt her heart soften to Jeneiveve. Jeneiveve was rather beautiful, and she wanted desperately to see her tears dry. But she had no way to go about it, being the socially awkward person she was.

reply | flag *
message 39: by [deleted user] (new)
Aug 03, 2014 12:21PM
Jenevive was still covered in blood. Her hair was stiff from blood and her eyes hurt from crying. She walked with Sam out of the house not knowing where she would end up.

Sam walked to her car, getting in. She turned on the car, and the song "Harden My Heart" by Quarterflash turned on. She winced, but didn't turn it off

reply | flag *
message 41: by [deleted user] (new)
Aug 03, 2014 12:33PM
Jeniveve didn't know what to do so she just sat there staring out the window at her burning house. She concentrated and the entire house busted into flame.

Sam began to slowly drive away, until they got to a hotel. She got a room, and laid on one of the beds, staring at the ceiling awkwardly
"You should take a shower."

(( Amber wrote: "Name: Jeniveve Clarice Lawrence
Age: 18
Gender: Female
Personality: Jeniveve is very sweet and somewhat flirtatious. If she likes you, she will tell you. If she dont, then she will just leave you a..."

"Thank you." she said and she walked into the bathroom. She looked at herself in the mirror after she stripped off her clothes. She cried more as she got in under the warm water.

Sam sighed, hearing her crying again. She was learning to hate that noise. It filled her with such resentment at that killer


Jeniveve finished her shower and stepped out turning off the water. She felt better now that her hair was clean and that there was no more blood on her. She didn't have any clothes so she took the hotel robe and tied it around her coming out of the bathroom.

Sam averted her eyes, out of respect. It was a little weird wanting to watch her, to inspect who she was. But she was sure it creeped out about anybody she met. Not to mention, she felt unusually shy around her.

reply | flag *
message 48: by [deleted user] (new)
Aug 03, 2014 01:01PM
"I want to thank you for helping me. You could have just left me there." she told her in a sweet voice. She was feeling more like herself but she still felt the trauma of everything. She laid on the other bed in the room and cover herself with the blanket feeling cold from having no clothes.

"Are you...comfortable?" Sam said after a moment of silence