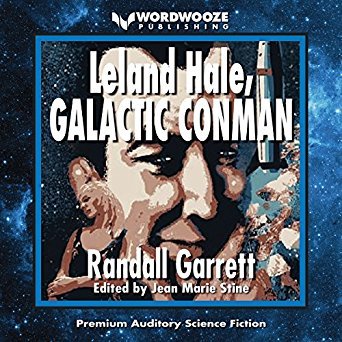 Introducing Leland Hale, who will steal your heart - and all your money!

Fraud, larceny, and murder are all in a day's work for this master interstellar confidence man. Leland thought the universe owed him a living - and he was collecting on the installment plan! He is about to descend on the planet Cardigan's Green with a planetary scam designed to make him rich at the population's expense. What this scoundrel doesn't know is that he is about to become a savior! And if he survives this misadventure, he has two more brilliant schemes in mind.

Hugo nominee and Sidewise Alternate History Award winner Randall Garrett was the major science fiction humorist of the 1950s. And he was at the top of his form when he penned the Leland Hale saga. For the first time ever, here are all three Leland Hale capers in one volume.

Randall Garrett (1927-1987) worked as an industrial chemist before turning his hand to science fiction, a happy decision for everyone, as it turned out. During the 1950s and '60s he was a stalwart of the US science fiction magazines, producing well over a hundred short stories and novelettes and writing for virtually every SF title on the stands, but primarily for Astounding (now Analog). A noted humorist, famed for his delightful Lord Darcy series, even Garrett's most serious works (Anything You Can Do, for example) contain comic or satirical undertones. He was one of the first writers to appreciate the importance of conventions and an ingratiating personality in building a strong reader following.

These stories, which have never been reprinted since their one and only appearance on cheap pulpwood paper, ensure that audiences will remember his work at least a little longer. They will have an opportunity to encounter that sly sense of humor, those brilliant mystery and detective problems, and that almost unmatched ability to work complex scientific principles into exciting stories.

Thanks much! Sent a request :) 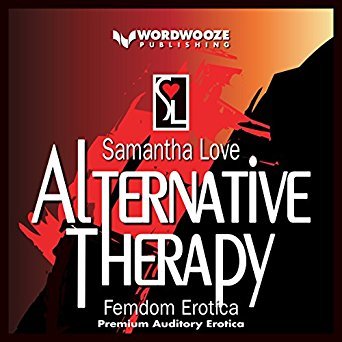 An Unorthodox Treatment for Loss of Libido

Nominated for the Golden Flogger Award

Dr. Glover has reached the pinnacle of her career. As a highly sought-after sex therapist, she's used to dealing with difficult and puzzling cases, but when a former high school classmate is referred to her care, Dr. Glover confronts the greatest challenge of her career.

Treating his loss of libido will require more than long whips and iron chains. Instead, she will be forced to rewire his brain with a mental surgery that will cut deeper than any scalpel. Like all radical treatments, her unorthodox therapy carries significant risks for both her patient and herself. But one outcome is certain - Dr. Glover will enjoy the greatest power exchange of her life by witnessing a man relinquish all control for a "cure" she promises to provide.