note: This topic has been closed to new comments.
39 views
Archive > September Suggestions

Make a suggestion or two for which book you'd like to read with the group in September!

I'd like to suggest Izzibella Beau's book Broken and C.J. Anaya's book The Healer

I'd like to suggest Lone Wolf Rising by Jami Brumfield: Revenge has deadly consequences. Seventeen year old Rebecca Winters’ main goal for ten years has been to graduate high school and take down the people who killed her parents. When she stumbled upon a werewolf pack in the middle of Phoenix, she knew she’d found a way to make her dream come true. Instead of getting vengeance, an act of war has put her into a position of power and forces her to put her thirst for family justice on a temporary hold.

He is duty bound to protect her. Lucian (Lucky) Lamont is a member of the Protectors, an elite supernatural police force who works for the Authority. Their main goal is to keep humans in the dark about the creatures who live among them. Lucky is assigned to protect and manage Rebecca, despite her refusal of help. His cover is simple; he poses as the dutiful ‘pretend’ boyfriend in order to keep an eye on the new alpha wolf.

She is his mate.

Gabriel Black though taking his pack back from the witch who was chosen as the new alpha would be simple. He thought wrong. His entire world was turned upside down the moment he met Rebecca at the Authority Council meeting…and he was hooked the moment he kissed her to prove she wasn’t dating his best friend, Lucky.

Rebecca is pulled in hundreds of different directions while she attempts to find a way to survive the supernatural world, protect her family, and discover who massacred her entire pack days before her first transformation. She doesn’t have time for romance.

And the wolf gets what the wolf wants – or so her alpha believes. While Rebecca manages to keep her head above water as she unlocks political and family secrets which could destroy her, she loses sight of the most important people in her life and one of them pays the ultimate price. Lone Wolf Rising

and also The Healer by C.J. Anaya: Hope longs for a normal teenage life, but with a gift like hers, normal equals healing illnesses and injuries instantly. Keeping a secret like that isn’t easy, especially when two handsome, young men move into town and begin unearthing other secrets concerning Hope’s future and past, revealing to Hope that her gift may be the fulfillment of a prophecy gone wrong.

anna and the French kiss or fangirl 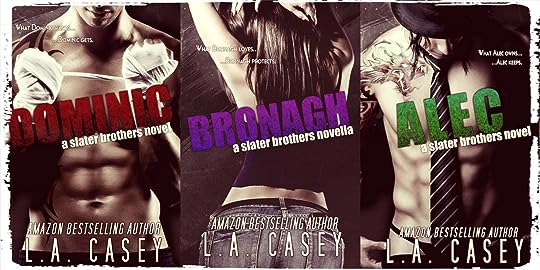 We should look at "eternal night" by Carina Adly Mackenzie