Mod
We had such a huge response to our July $2.99 Kindle deal, J.B. Priestley's THE MAGICIANS, that this month we're offering TWO titles at this low price. If you're a fan of our literary fiction and gay-interest titles, you won't want to miss The Dark Glasses (1954), a modern-day Greek tragedy with gay themes by the underrated Francis King. Or, if weird and horror is more your thing, you *must* check out Gerald Kersh's brilliant Nightshade and Damnations (1968), a collection of his best and most bizarre stories. The links: http://www.valancourtbooks.com/the-da... and http://www.valancourtbooks.com/nights... 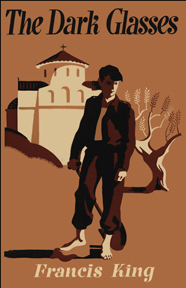 After ten years of marriage, Patrick and Iris Orde have become complacent and passionless in their marriage and in their lives. When they inherit Iris’s father’s estate in Corfu, the change of scenery and the warmth of the Mediterranean sun seem just what they need. Patrick is able to devote himself to his hobbies, while Iris, a doctor, opens a clinic to treat the impoverished peasants. But when a meeting with a former lover reawakens old memories for Iris, and Patrick finds himself drawn to Soula, a village girl whose brother Stavro has a strange fondness for Patrick, a sequence of terrible events is set in motion that will lead to tragedy. . . .

Francis King (1923-2011) ranked The Dark Glasses (1954), the fifth of his more than forty volumes of fiction, as one of his favourites among his own works and believed it was one of his most underrated. This edition, the novel’s first-ever republication, features a new introduction by Jonathan Fryer and the original jacket art. 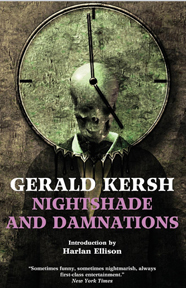 An expedition in South America uncovers a terrifying race of men without bones who literally suck the life out of their prey. A man in 20th century London makes a horrifying discovery about a monster found off the coast of Brighton in 1745. A sea captain goes ashore on a deserted island and finds what seem to be the bones of a previously unknown species of monster, only to learn that the bones tell a much more tragic tale than he could ever have imagined. A war correspondent, none other than Kersh himself, is sailing to America when he meets a strange man who claims to be 438 years old. These are the plots of just a few of the weird tales you will find in this book.

Gerald Kersh (1911-1968) was a brilliant and inventive writer acclaimed in his time for his gritty novels of London life and his often bizarre short fiction, but he has unfortunately become neglected since his death. This volume includes an introduction by award-winning science fiction author Harlan Ellison, who also selected the eleven stories that appear in this collection and which represent the very best of Kersh's short fiction. Includes: “The Queen of Pig Island”, “Frozen Beauty”, “The Brighton Monster”, “Men Without Bones”, “Busto Is a Ghost, Too Mean to Give Us a Fright!”, “The Ape and the Mystery”, “The King Who Collected Clocks”, “Bone for Debunkers”, “A Lucky Day for the Boar”, “Voices in the Dust of Annan”, “Whatever Happened to Corporal Cuckoo?”

I picked Nightshade up today!

Mod
Hope you all enjoy! 'Men Without Bones' is my fav story from the collection.

Bought Dark Glasses. Looks awesome and reminds me of Disturb Not the Dream.