Joining a Clan: Unlikely, but possible

Personality: Loves to make new friends, but a lot of the other cats stay away because of the twoleg superstition about black cats. Her dream is to have a family of her own. 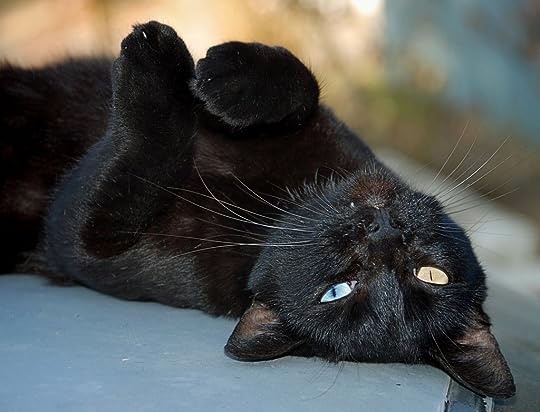 History: She was born as a kittypet into a very superstitious household. Her owners abandoned her in the forest because they didn't want bad luck. As a kit Lucky learned to fend for herself and how to hunt. She eventually learned about these cats who lived in clans, she wanted to join one because she thought it might help her survive. She can't remember which clan it was that was so cruel to her, but when they took her old collar, she knew that they would never accept her. Despite her kindhearted personality, she vowed to never trust anyone from the clans. She likes to mess with them when they're out patrolling or hunting so they can know how she was treated.