This topic is about The Big Book of Pets
16 views
SOLVED: Children's/YA > SOLVED. Children's book? Big hardcover book of animal stories, including one about a Christmas pony and one about a boxing kangaroo. [s]

This is a oversized (at least by my recollection) hardcover collection of animal stories, heavy stock paper, maybe in the 250 - 400 page range. I do not think my copy had a jacket. I believe that it was cream or off-white colored, with a brown and white dog and possibly other animals with the dog on the front cover. I was reading this book in the early '90s and probably got it from a cousin's weeded book collection. It may already have been ten to thirty years old at that point - so, anywhere from 1960-1980's publication. There were many stories, but there are two that I recall in better detail. I do not remember their titles or authors, but maybe some of you will recognize them even if you don't know the book I read them in.

1) This story is told in the first person. A boy wants a pony for Christmas, and he has told his parents that he doesn't want any other presents for Christmas if he can't have a pony. On Christmas Day he runs downstairs. He has no presents under the tree or in his stocking. He runs out to the barn/stable, but there is no pony. He has two little sisters, who are happy with their presents but who look under the tree for their brother's gifts and feel his stockings and feel badly for him. He spends the day trying manfully not to cry, and his father keeps sending concerned looks his way.

Later (there may or may not be jingling harness to announce this) a man comes up to the house on horseback with the boy's Christmas pony in tow (which may also be carrying the boy's "regular" presents.) The boy runs out and embraces the pony, with tears rolling down his face, and when his mother sees that he is crying she shoots his father a death glare ("They are tears!") The father feels badly; it was a prank that went somewhat awry, that the father was going to have the presents arrive *with* the pony but the pony was supposed to have arrived earlier that day and it had been delayed somehow.

Later his father asks him if it was his best Christmas or his worst Christmas, and he honestly doesn't know because his emotions that day were so extreme and so commingled.

The first story could be "A miserable, merry Christmas" by Lincoln Steffens and the second - Wilderness Orphan by Dorothy Cottrell but I can't find record of book that has both stories. You're sure they were from the same book?

I've verified based on the titles/authors you gave me, and those were definitely the two stories. "Wilderness Orphan" must have been excerpted or adapted, because I remember it as a short story within the book, ending around the kangaroo's exoneration (so, without the kangaroo being sold to the circus.) I'm pretty sure they were both in this same anthology.

There was another story, more of a travelogue, in which a woman was traveling to places like Greece and Rome and such and she was carrying an insect with her that she called Plato, but I don't remember what kind of insect he was. Or if he was possibly some sort of reptile, but I'm pretty sure Plato was an insect of some sort.

The Big Book of Pets maybe?

slauderdale wrote: "...There was another story, more of a travelogue, in which a woman was traveling to places like Greece and Rome..."

That could be Florence Nightingale, it seems she had cicada named Plato:
https://www.google.com/search?tbm=bks... If so, it looks like your book might entirely consists of excerpts.

The Big Book of Pets maybe? 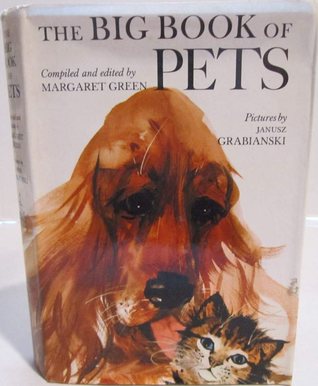 Out of curiosity, how did you find it? Also, thank you Ayshe!

YES. This is the book. Thank you, you found it... Out of curiosity, how did you find it?"


You're welcome :) Search in Google books for "Lincoln Steffens " Florence Nightingale Woodham Smith brings up Library Journal's summary of it (fragment of it, that is).