So this is the cover of my current book, The Soulweb. 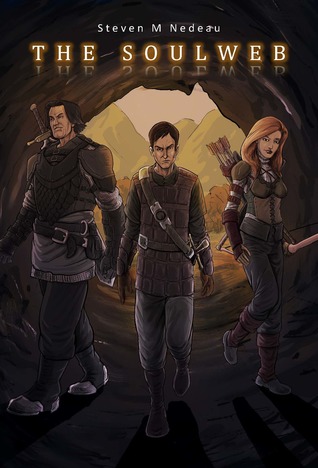 The cover is simple, shows the title in a readable font. My name doesn't overpower the title. The reviews of the book are good and I'm getting a decent click to impression ratio. But where are the sales?

My cover is very unlike the other covers I've been seeing for fantasy out there. I'm looking for opinions and thoughts on my cover selection.

Maybe it isn't the cover at all. It might be the description on the book page that's turning buyers off.

Mod
I admit that I like the cover visually but something in its style feels more like a comic. Still, I don't think that would be it - it has the charm through simplicity. It definitely has the potential to catch some attention - which you obviously have if you say there are clicks (at least that's how I'd understand it because I have no clue about marketing terms and no idea what 'click to impression ratio' is).

Personally, I think the description/blurb is somewhere between a third and a half of what I expect (and would expect) to see for a fantasy. Maybe more than poking the cover, try to build a bit on the blurb? When I read it, it seems interesting but... I expect a bit more. In fact, it just says that nothing is what it seems.
Who are the kings at war? and how it ties with the MC or his father's 'death'?
Who is even Jaron? Warrior? Mage? Merchant's son? village's underdog?
And who are the three on the cover? I presume one is Jaron and the two might be the friends but... who are they?

So, my personal opinion would be the cover is fine but the blurb/description needs to be expanded a bit.
Good luck!

Mod
Steven wrote: "My cover is very unlike the other covers I've been seeing for fantasy out there. "

Really? Because right away I got "fantasy" from it, due to the style of dress, the weapons, the three people creeping off into a cave...

I also get "comic book".

It's a nice cover, but maybe a tad bland for most fantasy readers. The lack of any real action and the drab colors could be a turn off.

Steven wrote: "Maybe it isn't the cover at all. It might be the description on the book page that's turning buyers off. "

We have a blurb workshop, too, if you want to post it there and let us take a stab at it.

I am glad I am not alone to have such feeling from it. And yes, the gear is definitely fantasy-looking, something I forgot to mention in my comment.

Thank you all for your comments. I am currently trying to work on my blurb.

From Tomas:
"Personally, I think the description/blurb is somewhere between a third and a half of what I expect (and would expect) to see for a fantasy. Maybe more than poking the cover, try to build a bit on the blurb? When I read it, it seems interesting but... I expect a bit more. In fact, it just says that nothing is what it seems.
Who are the kings at war? and how it ties with the MC or his father's 'death'?
Who is even Jaron? Warrior? Mage? Merchant's son? village's underdog?
And who are the three on the cover? I presume one is Jaron and the two might be the friends but... who are they?"


Tomas, your questions are hitting home.

Mod
Steven wrote: "Thank you all for your comments. I am currently trying to work on my blurb."

When you have it ready, feel free to add it to the blurb workshop. As per the rules, let's stay on the topic of your cover in this thread. Thanks.

Mod
When we're at that... could you share who made the cover, so I could have a look? Possibly send me a private message with a link to not break the "no link" rule?

First impression, it need a bright almost dazzling center to offset the dark.

it IS very dark. I'm considering changing to a more realistic looking cover with more color.

When I looked at the cover, I would pass up the book. First, it looks like it is aimed at the tween and young teens. Secondly, it is dark and as other's have said, has a comic book type feel to it. Again, if it is for a young reader, great job. If not, then you may have a problem. As I said, I'd pass it up believing it was written for the tween or teenagers.

The first thing I thought of when I saw the cover was that it has a very "Attack on Titan" feel to it, which is great. Personally, I like it and it does say Fantasy with the dress and weaponry of the characters.

You could try making the title bigger and bolder and putting it down below the main image in that dark part at the bottom. I think the issue with the darkness of the cover would improve if that nice brightly-colored title covered the bottom third of the whole image. It would also put the title in a better position. I find my eye is drawn to the characters and then I have to look back up to find the title, so I think it would feel more natural if it was below. Just a thought/suggestion.

I love the art, but I agree with Noor, it could be worth trying a big bold title font. I also suggest getting rid of the glow - it looks lovely, but would probably have the effect of blurring the title on a small thumbnail image. It needs to really stand out sharply.
The rule of thirds is a good one to abide by. A third of the cover for text and two thirds for the main part of the image.

Mod
Wee bit off topic* as it's not related to your cover, but a reason you might not be seeing sales. I did a little poking and this is the only full novel you have out and its the first in a series. When you have the series complete, you'll probably see an increase in sales.

*No further discussion is needed on this. Let's keep the rest of the comments about Steven's cover.

I just want to say how fantastic all of you are.

You are all fantastic.

This cover shows contrast, it also shows up well in thumbnail. 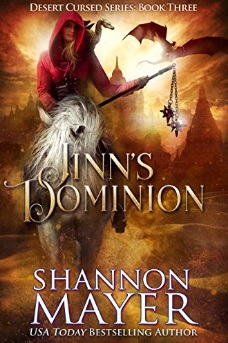 That is a beautiful cover

I agree with the other commenters - the cover telegraphs a simple, maybe childlike, story. The cover art needs conflict and contrast. Contrast is easy - bright world outside the cave opening, characters in shadows... but those shadows need bright backlit touches (wild hair, the glint off a weapon or armament). Contrast can also be provided via color as others have mentioned. Use colors opposite each other on the color wheel, e.g., purple rocks and gold hair, or teal rocks and scarlet accents on clothing, armor or weapons. Conflict is more difficult. Use visual lines that slant across the image, as well as some evidence of the conflict in your book (explosions in the world outside the cave, blood dripping from weapons, torn clothing, messy hair). Honestly, the thing I found most disconcerting about the three characters on the cover is that their feet are hovering above the ground - they are not striding, running, limping, creeping, not looking over their shoulders at pursuers, not dragging their weary asses after a frantic escape... there is no action on the cover.

I'm not super crazy about the cover. It doesn't invoke any type of emotional reaction from me and the digital style is dated in my opinion. The cover that M.L. showed is far more dynamic and currently trending in terms of YA design. I like the title though. I think with a more dynamic cover it will hopefully help to increase your readership.

how can I share an image from my google drive? I don't own the image yet but It shows my plan to change the cover. I'd love to get some feedback before I buy it

I don't think giving the World read access to your google docs drive is a good idea. This may be a boneheaded way to proceed... but what I would do is capture a screenshot of the image on your google drive, paste the screenshot image into Powerpoint, crop the image as needed to remove any unwanted content, right-click on that image and Save-As JPG on your Desktop. The image will probably be lower-resolution, but it would work for review purposes, here.

I hear you. But can I point to an image on my hard-drive with html?

Anyway I solved the issue. I bought the image.
Working on the new cover...
Here is a test. Not as dark. Not Cartoon-like. Still not happy with the text. I'd like the letters taller. I'm also worried that the title letters are too close together. 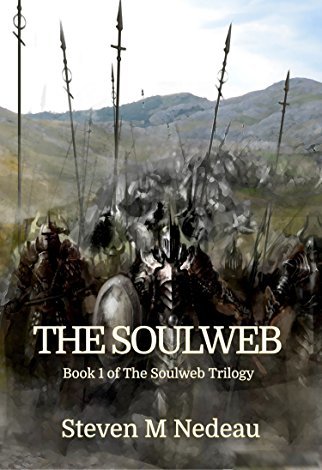 I think you could work with that image. The genre is children's literature in Amazon and (for me) this picture seems more nonfiction. It would not take much to alter the vibe.
There is a similar cover, The War of The Eight Kingdoms, by K. Jones. He has the title & series (nice font) at the top. This pic has nice dust at the bottom and I like that everything below the mountains is not in sharp clarity.

You show a cover based on this image on Amazon – I like the placement of the text in that image better than this one (the title is up in the sky, overlapping the horizon line). Consider using a “fantasy fiction” font for the title – the serif font here is too blocky and mournful, and the san-serif font on Amazon is also somber (contributing to the impression that this is non-fiction). Consider using a sans serif font, all caps with lots of space between characters, for the author name; in this Goodreads image, the overall use of the blocky serif font is too busy. You still need to inject color. Easiest way is to color the title font, but the image could use color as well. For examples, see the War of the Eight Kingdoms (great use of contrasting colors and bright-dark, plus fantasy font), Fatemarked by David Estes (notice his active sky and high contrast values and colors, plus the diagonal spear), Hotbloods 5: Traitors (good example of high contrast cave opening with contrasting colors, and action in hair and averted face).