This is the discussion thread for our September BOM: Magic Breaks by Ilona Andrews.
Spoilers Welcome Here

Details you may wish to include in your discussion:
* What did you think of the continuing storyline?
* How did the plot compare to others in the series?
* Did you have a favorite quote or scene?
* Would you recommend the book to others?
* Do you plan on reading the rest of the series?

I'm currently reading this one (no way could I wait to start it) and it's hellagood! But, because waiting sucks, I'm trying (not really succeeding) to read slowly. We all know how much this hurts: 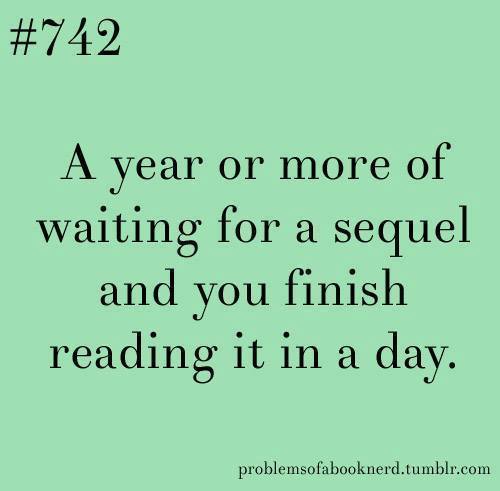 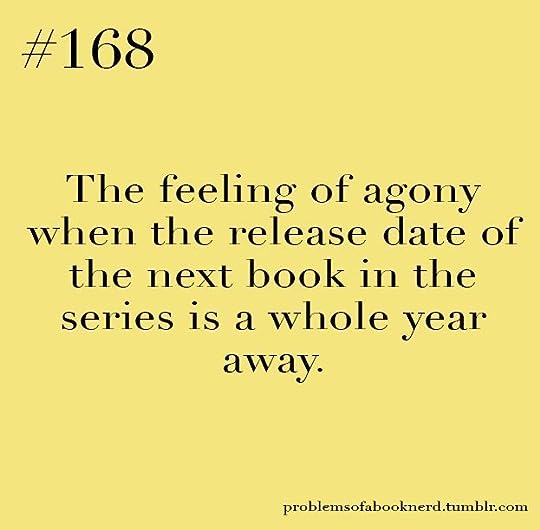 I agree with you, Steph. The waiting is the worst part...

I have this one but I have to wait until September to read. This happened to me when the last one came out. I got and read it in a day and then I was so sad - so I had to read it again!

I'm thinking I need to eke out the time to go back and reread the whole series.

Always a fun thing to do :)

OK, you guys have me intrigued. I came here looking for a new series and think I'll give this one a try after reading what you all have said about it! Thanks!!

The first book in this series is not the best one - you need to keep going. It is definitely one of the best UF series I've read. I'll be getting to Magic Breaks soon.

Thanks, Leslie! I'll keep that in mind :)

In many of the books Curran is absent for the majority of the book. It is told in first person and Kate is not connected at the hip with him. Still their banter is quite good and there was very little of it in this one, so I can see the complaint. I think the humor of the group traveling to the crime scene more than made up for it.

At the point where Kate picks up her "horse" and it ends up being a donkey, I was in tears, I was laughing so hard. Robert the alpha rat says "Hold on."... "I'm still... coming to terms with your mode of transportation.". I started to like Robert, at the same time as dislike some things he did. Andrews is really good at that. There are even things of Hugh that I like, though I overall dislike him. I love Roman, even though there are plenty things to dislike there. I thought this book was a bit more on the humorous side during the first 1/2 even though it was pretty much Curran free.

I re-read the entire series before this book. I had never re-read it but I had forgotten so much that I needed to refresh my memory. During the re-read, I decided it is a series that definitely gets better. The first book is very slow and information dropping in the first 1/2. I either missed some stuff the first time around or forgot it so the second read was very enjoyable. I forgot a lot of the banter and humor. I don't think I saw as much of it in Magic Rises, manly because Curran ignores Kate for much of the book.

So this book really concludes a lot of things though many directions can be taken when continuing it. I really wonder how the pack will interact with Kate and Curran. I want a POV from Curran saying what the hell was going on during his hunt. More shorts would be nice too. I like other POVs. The Dali and Jim story was very good. I would definitely recommend this series to anyone that likes UF, on the PNR side. Magic Breaks had the graphic sex which I am not interested in with this series. I would rather it be glossed over as it is not the main plot. I do like PNR, probably more than UF, but I like my UF to be less relationship sex driven. Curran and Kate are together, they have sex and are overly attracted to each other... OK... I don't need to feel his cock entering her... hmmm...

So even with the sex, I really, really loved this one.

Still trying to get my hands on this ...kobo don't have it and can't even find the dtb anywhere. grrr