Abilities: Even though she is a ThunderClan cat, she is great at swimming. Her best ability would actually have to be her fighting stances.

History: She was a kit of four, she was born a rogue as her mother was not a clan cat. Her mother was so nice to her and loved her more than anything. She never knew her father, but never asked her mother about him. She had a happy kittenhood and when she was five moons her mother, Snow, found the clans and the cats joined. She had an even better apprentice hood training, her mentor was a tom named Grassfur. She wasn’t bullied that much being an ex-rouge and enjoyed clan life. She got the name Russetfox, for trying to save her elder mother from a fox attack, but in the end her mother dead. Her and two other of her siblings, her only sister left and became a kittypet. She was down in the dumps but her old mentor helped, and she was back to her old self in no time.

Relationship Status: Closed-Crush/Future mate~ Brairfang
Other: She has a habit to zone out and it’s hard to get her back to earth.

Personality: Fair, loud, fearless, charming and encouraging
Abilities: She is quite a good jumper.

History: Born and raised in WindClan. Never knew my father, he died before I opened my eyes and my mum became an elder when I got my warriors name.

Relationship Status: Open. {Ask}
Other: She can be rather loud. 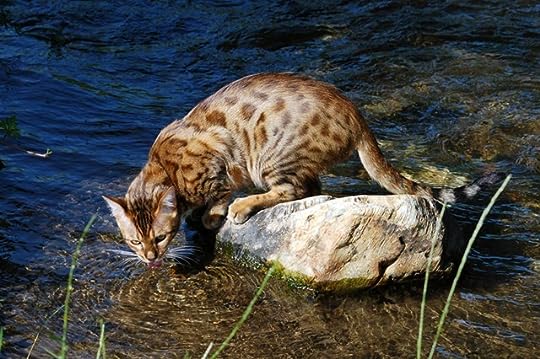 Markings: As seen in the photo.

Personality: Sharped-tongued to the other clan cats, has a temper but can be very soft and kind.
Abilities: He is a very good climber even tho he is a RiverClan cat.

History: His father was a ThunderClan cat and he discovered that when he became a warrior, he was mad and very annoyed at his father, he would be mad at his mother but had passed. After that, he became mad with the other clans, especially ThunderClan.

Relationship Status: Open. {Ask}
Other: He never goes to gathering.

Personality: Angry and sometimes cold.
Abilities: He is good at keeping quiet.

History: “My life is like other cats, it was good. My mother died giving birth to me and my brother left to be a loner but I’m good.” He huffs and walks away.

Relationship Status: Open
Other: He is very kind to elders and kits.


reply | flag
back to top
This topic has been frozen by the moderator. No new comments can be posted.
Add a reference: