I just went to order a CD from Amazon with standard delivery and the Shipping cost came up as £2.99. It used to be £1.26 (which it still is for their third party sellers). That's an increase of 237%.

(Once again, it's taken four attempts to start this thread, ticking the I'm not a robot box and being forced to nominate a book that this thread is supposedly about and then finding that the thread didn't get posted and resubmitting it all again and then having an error message telling me to retry and FINALLY getting the damn thing to stick!)

Ouch! Unless you're just an occasional buyer, it's just another reason to pay for Prime sub - even if you don't use anything from that except free shipping (which I don't; the internet here is far too poor for video or music streaming - even if I were interested in them!)

You seem to be setting up your own mini Forums, Jim?!

I still really like Zon. Their Find clothing range has some beautiful pieces (and if you're clever you can pick them up at really good prices) and we now have Amazon Smile (where I get to support the SSPCA).

I only use ‘zon as a last resort, I can find most things cheaper on ebay, often with free delivery.

New cds = HMV 2 for £15 delivered.
Old cds = (mostly) s/h from ebay or sellers on zon (but always compare anything offered by Music Magpie with their own website, especially since their delivery charges went up to £1.76)
Clothes & shoes = mostly ebay, especially M&S whose sizing I know and trust.

Really don't like that temporary rush of excitement when you see a cd 'from £4' and click to find it has a £7 delivery charge making it the most expensive. At least zon do automatically rank the prices including delivery.

Twere allus gonna 'appen once zon did away with effective competition (Play, HDWow, Tesco, Sainsburys, etc) and achieved a near monopoly in certain areas like entertainment media. Anyhow let's hear it for Jeff Bezos and his billions..... (although TBF I do remember when zon was a massively loss-making enterprise for many years while it established its market dominance - gutsy, clever fella).

Discogs is often worth a look for older and more unusual music.

It has been suggested that Bezos' battle with Trump has lead to some financial pressure which may have something to do with Amazon raising prices.

Fishy_Jim wrote: "It has been suggested that Bezos' battle with Trump has lead to some financial pressure which may have something to do with Amazon raising prices."

Trump was directly (and, of course, inappropriately) urging the USPS to increase their charges for zon.com deliveries. This should have no bearing on the zon.co.uk charges.

Stuff like this doesn't endear zon to me either;

Amazon’s new rule, announced on Thursday, will prevent Australians from buying from the Amazon US store – or any international Amazon stores – which frequently have cheaper goods and a greater range compared with the Australian Amazon store.

From 1 July this year, Australian customers who visit an international Amazon store will be redirected to the Australian site, which has been running since late last year.

The move is a response to a new GST policy that will apply 10% tax to all overseas purchases under $1,000 announced by the Turnbull government last year in a bid to “level the playing field” between Australian and overseas retailers."

Heard folk on the radio this AM irate about the so-called disadvantage felt by Australian retailers. One bloke was buying a turbocharger for his Land Rover. Local price: AU$2900. Amazon.uk price (including shipping) : AU$700.

It won't affect me. I buy most of my CDs, occasional books, DVDs, clothes, toys, jigsaws etc from eBay. I doubt the Govt will be able to enforce the GST rules on eBay because how do you prove the item is brand new? I have recently bought CDs from Discogs - postage can be high but still warranted for rarities that I can't source elsewhere.

Further to the above, I have checked out Amazon Australia from time to time. They rarely have what I want and when they do, the prices are higher than buying from a bricks and mortar store.

I don't know that I'll find it economically beneficial to join eBay's new scheme for Australians to rival Amazon Prime. AU$49 per year?

Val wrote: "Further to the above, I have checked out Amazon Australia from time to time. They rarely have what I want and when they do, the prices are higher than buying from a bricks and mortar store."

How often do you buy bricks & mortar Val? The delivery on those must be sky high!

Val's extensions must be impressive! :)

I have noticed that recently, the Amazon sellers have been allowed to charge whatever they want to for shipping. Until a few months ago, Amazon set the shipping price at £1.82 for posting a CD to Ireland. Now, it's a free for all, I have seen some charging up to £10. Direct from Amazon it's £4.00, but then they add on extra VAT on top of their usually already inflated prices.
Yet another nail in Amazon's coffin for me, it's been 5 months since I bought a CD on there now. Most of my purchases this year have come either at gigs, on Bandcamp, Discogs or Dodax, with the odd ebay bargain here and there. We also have an Irish classified ads site that can be really good, with the added advantage that most sellers have no idea what they are selling or what it's worth.

Let's hope that if enough people vote with their feet, Amazon have a change of heart.

Not holding my breath!

Breaking News ... The Advertising Standards Authority (ASA) has just ruled that Amazon must clarify that some items on its Prime service are not available for one-day delivery ...

Nothing new there, really - more and more often now when you click onto a Prime item, delivery shows 2 - 3 days and this doesn't just apply to trying to order on or just before a weekend.
I've changed my mind on several items due to this, and am seriously considering ending my Prime membership.

It's about time that Amazon were held to account on this issue, though they'll find a way round it, just like they do with their UK taxes!

Well, I must admit that I've occasionally used the Amazon Prime Free Trial on finding out that my Account will allow me to. And it has come in very handy when I've suddenly had something that I really needed to buy and get delivered ASAP and the Express Delivery Cost was going to prove to be a very expensive option otherwise.

My Orders always arrive within 3 days using Prime instead of the more usual 2 to 3 weeks and then some(!) and so it is also especially well worth using the Free Trial in November - for buying Christmas presents when Amazon's overall Delivery system just gets even slower and even less likely to ever arrive on time.

Grizzlygrump wrote: "Nothing new there, really - more and more often now when you click onto a Prime item, delivery shows 2 - 3 days and this doesn't just apply to trying to order on or just before a weekend.
I've chan..."

Yes. All the goods are officially 'owned' by Amazon's Luxembourg division, which is probably why. Although it's highly unlikely any but a minuscule proportion are held there.

Well, I placed two more Prime orders today - one is due tomorrow and the other on Wednesday. Perhaps that one is coming from Luxembourg? :)

i ordered 2 CDs today - one from US the other from UK - from Zon Marketplace. The US postage is £1.26, the UK postage £1.76. Figure that one out ! Still browse thru Zon a fair bit - 2nd hand books postage is silly and AbeBooks is usually better unless you have to get new books for that wonderful smell where Zon often does good 3 for £10 deals

In my 34 years in libraries I never did work out why new books smelt like that whatever publisher or supplier they came from. It was a sad day when we started buying paperbacks which don’t smell.

actually book sniffing is a treat, nowt quite like it! recently, on a train, a small child on a nearby seat, asked of her mother "mummy, why is that man sniffing a kindle?" 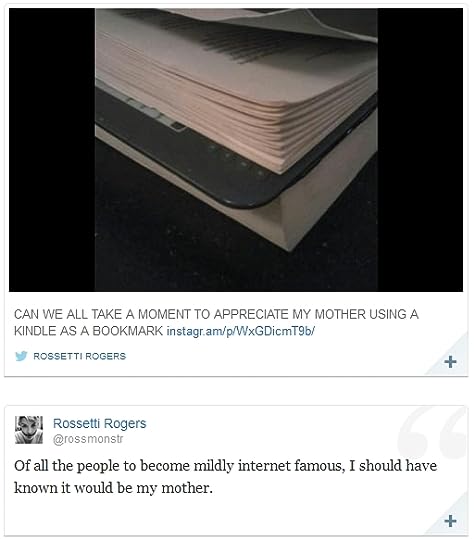 suzysunshine7 wrote: "Well, I must admit that I've occasionally used the Amazon Prime Free Trial on finding out that my Account will allow me to. And it has come in very handy when I've suddenly had something that I rea..."

I'm with you there, Suzy. I've used it a good couple of times, with no intention of renewing it once the 30 days are up. I figure that with the amount of money I spend on Zon, I'm entitled to.