note: This topic has been closed to new comments.
33 views
Arena 1 > Sponsors

Mod
So this is how it will work in my Arena. Different Gamemakers, different rules.

Based off your character, training score, chariot ride and interview, I will have given a number between 1-50. No favouritism. If you're young you will probably have less points, if you seem weak and incapable, less points. If you're a career, more points. This number will change when your character kills another character or receives sponsors.

Don't request a gift if your character doesn't really need it. As I mentioned before, the Gamemakers need to overlook it. To get points back after using some, you can kill a tribute with the permission of the roleplayer or you can kill a kill-off. When you kill an actual tribute, you will get their training score in points plus another 5 and if you kill a kill-off, you obtain 3 points. You also get their sponsor points as well.

Sponsor Points per Tribute:
In case you didn't see the Training Scores thread, the TS are in the brackets, the Sponsor points are the numbers.

Is there burn cream? I can't see any on the list, but...you know...Pipers kinda dying a horrible death and....yeah...O_O

Did you reserve a kill-off?

hmmmmm. Alright then. Thank you.

How much is it if you want only a weapon? 'Cuz my charrie needs an appropriate weapon.

BTW: Can we kill people who have been inactive?

Yes. Who do you wish it that he kill? You killed Lucy Brown from 12, but that's Rea's kill:/ And.. What weapon?
Most of them are 41-50, some even more. Depends what you're looking for.

Ella-Marie Petrova. And I was looking for a war hammer.

Aww, Gibble I didn't know you spent all your points on Piper!! You shouldn't have :( I feel bad now..

Added your points for the death of Ella. War Hammers aren't available in these Games.

Ohhhhh... Like the ones on Skyrim and Assassin's Creed? I can find a pic for ya' to relate to? 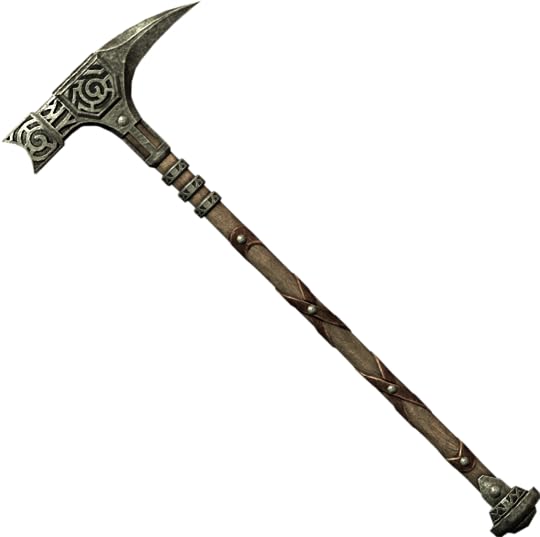 Mod
I know what you mean hahahaha. You just can't get them. They aren't allowed.

Mod
Anything given in the list at the start of the Games:3

I guess a Flail will have to do. Bummer XP

You may start hating me xD

Mod
So do you want the Flail or not?

Clarify who you want to kill first please ^

You haven't RP'ed Kaiden yet, are you going to? It's a late start but I can import him in a hovercraft? Say there was a technical issue?

You haven't RP'ed Kaiden yet, are you going to? It's a late start but I can import him in a hovercraft? Say there was a technical issue?"

((She actually has done some with Kaiden...))

Mod
She has? Awkward for me then.. Oh, okay xD Sorry!

Mel wrote: "So do you want the Flail or not?

Clarify who you want to kill first please ^"

Can we say he already has it? Oh, and essence may be on his list next.

Mod
Nope. You can't do that :3 I have to send the Flail in. Gamemaker's orders.

Don't kill Essence yet as she has been RP'ed with, but you may kill District 4 male.

Yup! Tahl currently has Lyra under his grip. A torture device would be great! XD

Mod
Wow that's horrible.. But I just remembered: "This year, the Gamemakers are harsher. They have to approve of the sponsors first. If they think they are not suitable, they will send them back. Your character might not always get it's sponsor. However, if the Gamemakers approve, they will receive it."

And I also just remembered: I'm a Gamemaker! So, no. Sorry c:

You may carry on hating me ^_^

Mod
There are seven inactive tributes... But I don't want Kai to kill too many people. However, I want her to kill Kaiden for sure. Other than that, I really don't care who she gets to kill.

I'll have Malia kill off one or two. She could be angry enough I guess