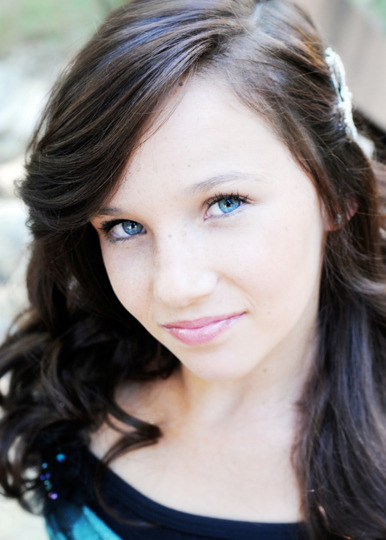 Personality
Smart, witty, everything an erudite should be, but had an above average IQ by 75 points. Most of the boys who try to impress her usually fail, unless they are romantic, strong, positive, in other words, perfect, because she knows what she is worth, and is very strong willed. She is a good girl who has no intentions of helping with any experiments too powerful for one faction. She is also very cheery, and positive, and sometimes if your a good friend she can get down right goofy. She is always happy to give anyone a smile for the rest of the day, whether by telling a joke, or by fixing their mistakes with them. But she can also get really defensive really fast, so don't mess with this chic! She is not afraid to fight with anyone who insults her or her friends and family, even though it's technically not allowed. She is bold-hearted and very, very smart, yet can also defend and attack, using her size and charm as advantages.

Summer Jade :My mother, who is also very kind hearted and witty. She is 39 but still as charming as ever
Alexander Jade :My father, who is very tough and also very witty, and rather tall. He is 39 aswell but is very strong for his age.
Anthony Jade: My younger brother, who is as tall as me and he is only 13! He will be tall like dad I think, but he is not as smart as I was at his age.

History
Has always known that despite her cleverness, and fast thinking, Erudite was not where she belonged. Despite her many friends and her perfect wits, something has always been out of place. She used to think it was just because of her lack of height, but she knows now that height was never the reason. She wanted to get out there, famous for a GOOD reason. Rather than a reason that could be used for evil in the wrong hands. Yes, she could figure out how to do just about any math equation thrown at her, yes she could think of a solution to fixing the economy, but she never really wanted it. She never wanted to be a part of the government in Erudite. All she wanted was to be known for more than her wits, but that doesn't mean she knows what she wants to be known as for sure...

Weapon of choice: Rifle because of its sleek feel

faction she wants to go to: Dauntless

Divergent: Yes, (she only has suspicions of it now, but will find out soon that her suspicions are correct)


Other:
Has known of divergence since accidentally finding a secret room in the library basement(where the older books get stored) which led to three more rooms one after another, leading to a very hard to find compartment with a book labeled "All About Divergence." Which she had never heard of and grabbed for some reading, but knew she couldn't tell anyone because it was so hard to find. After she read it she knew what to expect if she was divergent during the next serum experiment, which would be the Aptitude test. But remembered similar feelings described during a past test.

My profile picture is also what my character looks like.

You gotta put in the image

Try refreshing the page, it didn't have the pic before, but it worked now. I checked it and the image didn't appear, but I just looked again and it worked now.

I'm on the app

Ok I am now too, try viewing something else and coming back to this, I swear I did the picture!

The bolding at the top is whacked

No only the things like age: should be bolded not the actual number

You need to change that

Well than approval will have to wait

Sorry but that's the rules. I haven't even checked the rest yet

Is there a way I can fix it in a comment? Cuz' my computer can't connect to our internet, so I only have access to the app...

Mod
No you can't edit comments on the app :( and not to be rude but your character is in the wrong place.

Mod
Sorry I know it's frustrating...

Mod
But I come with a solution... Go to one of your friends profiles and scroll down to where it says search on goodreads.com (or something like that). Click it and it will take you to an Internet session and it should come up. Click notifications and then this thread and voila!