8 views
ONE X ONE > Louise and Peter Pan

okay, well i was thinking maybe the girls dad got caught up in some gang work and the gang wanted his daughter because he owed then a whole lot of money, so he sent her away to place in the country, with some random guy to take care of her. She ignores him, keeping to herself and he tries to get her to warm up to him, then maybe eventually as we go, the gang ends up finding her and kidnaps her and he has to go save her or something?

It dosen't matter in detail. I ca. Do lazy or detailed. As most 3 lines then

reply | flag *
message 13: by [deleted user] (last edited Jul 30, 2014 07:49AM) (new)
Jul 30, 2014 07:42AM
Name: Chrystabel Anderson
Age: 17
Personalty: Chrystabel is exetremely stubborn and hates when when people tell her what to do. She has alwwys been a very independent girl. She has barely any faith in her father but still loves him even though she always has to get him out of trouble.

History: Her mom died when she was just a tordler and her dad has been taking care of her. Her dad was living perfectly fine until he lost his job and became an alcoholic. Chrystabel was about ten when that happened and had to learn to take care of herself andher dad. Her dad started to get money from a group of people who call themselves The Hunters. Fhrystabel found out that her dad owed them tons of money so she got a job aand started to help pay them bck, but they didnt get the money fast enough and now the grooup wants to take chrystbel. Her fqther sent her away into hiding with some random stranger and that is where she is at now. 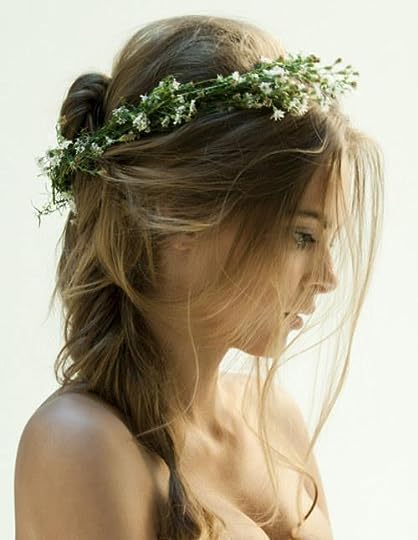 dislikes:
- thunderstorms
- Being told hat to do

Name: Alexander (Alex) Coper
Age: 19
Personality: Alex is nice and wants to help anyone that asks for help. He don't like to talk about his past

History: Alex grew up in a horrible life. He got bullied in school and he saw how he lost everything. And that's how he dicided to help others

Dislikes:
• Disepoint everyone
• Talk about his past

Chrystabel sighed as she got out of the car and grabbed her bags. She wasnt in the greatest mood. Ever since her dad said that she was beingsent away for awhile she was upset. After getting her hags she turned and looked at the house.

Alex opened the door to his house and walked out to greet her. "Hello. My name is Alexander. But you can call me Alex." He said with an big smile

"Do you want me help you with anything?" He asked and looked at her stuff and walked after her

"Okey if you say do." He said he leanded her inside and up to her room where she were going to stay

"I hope you like your room." He said. "Soon it's dinner. I will leave to let you get settled." He said and walked away

He walked into the living room. If she had any questions he would anwser them as good as he could

He walked to the kitchen to cheak the dinner. It was almost done and they could soon eat. He was starting and couldn't wait to eat

When the dinner was done he walked up to her room and knocked on the door. "It's dinner now." He said and waited for her to anwser

"But you need to eat something." He said to her. He thought for a moment. "What about if we do like this. I let you eat when you are hungry. What do you think about that?" He asked

"Okey." He said and walked to the kitchen to eat. He saved some of the food for her. He took in that he saved to her in the frige. After that he walked to the living room

He was fixing a little with the flowers. He walked to his roses. It was his favorit favorit flowers. The roses

He water te roses. Those was accaly the most beautiful flowers in the whole garden he had

reply | flag *
message 41: by [deleted user] (new)
Jul 30, 2014 02:13PM
She kept glancing out at him. When she couldnt stay concentrated on the book, she went downstairs to the kitchen and just grabbed an apple. She honestly wasnt that hungry.

He walked to the kitchen to get something to drink. Then he saw her. "Do you like the apple?" He asked as he took a glass water

"That's true. Accaly I made those apple." He said and drank the water. "The most fruits and vegetables you find in here have I made." He siad proudly

"Yha. Why? He asked and looked at her. He open the frige and took out an little plat with strawbarries.

reply | flag *
message 47: by [deleted user] (new)
Jul 30, 2014 02:30PM
"Just wondering." She said with a grin. She had a great recipe for making small strawberry shortcakes. Since she was the one to always cook, sheloved to make desserts.

"I think the garden is the plase I spend most time in." He said and looked out through the window smiling

"Ahhh. It sounds really intresting." He said and smiled at her. "Do you want to see the garden a little bit closer?" He asked