History: became deputy after her mate died. When Pine star was killed by a badger, she became leader. She hasn't lost a life yet.

Mate: Iceclaw- deceased
Pups: none
Other: none.

History:She had a normal life. Her mother died giving birth to her and her father died from sickness so she was an orphan but had lots of friends in the nursery.
Personality:Sweet, Friendly, bubbly, brave, cheerful

Mate/crush:OPEN ask me first
Pups: Wands them
Other: none

((You still do don't you? Anyway welcome to the group Tana!)) 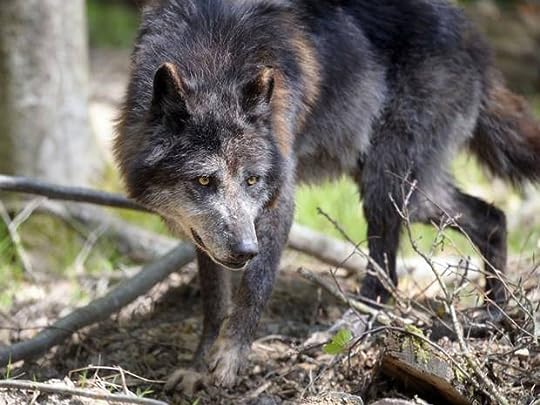 History: Eagleshalsh had a basic history, two parents, but surprisingly, no litter mates. His father died of old age and mother is an elder

Personality: Eagleslash has a warm heart, but will fight to death n battle for his pack

Oh, can him and Frostflower be mates? Well, maybe friends first..

Sure! Well start off as friends! You post in the forest

History: When Silver was born, she was outside of the packs. Not a warrior anymore, just an adorable, fluffy pup known as Silver. She had one siblings, a sister named Luna.

But when she was two months old, her parents were killed by a rampaging bear. She was thrown free of the fight, and wandered for nearly a week on her own, looking for her parents and lost sister. Then a loner named Flower found her, and raised Silver. The little wolf learned different herbs and medicines, and she lived free. But when her mentor died of old age, she went wandering again, and soon ran into the pack.

Personality: Sweet and kind, Silver is a wolf that others like almost immediately. But she doesn't really like others. Painfully shy, she keeps to herself. But she will helps others if she has to, she just doesn't like talking to them.

Mate/crush: None
Pups: None
Other: A slender, small she-wolf, but with long, slender legs.

sounds great! We have to get them approved though.

Anyone want to rp?

oh, and btw, where do you get the moving images from?

Google :3 for those I just googled 'white wolf gif' I can help you find them if you ever need.

And yep, just Silver. I'll send her to the medicine den. 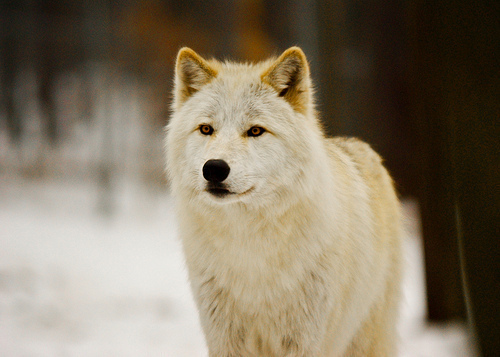 History/personality: Creampaw is a very pretty warrior, and doesn't get caught up in silly things in life. She’s never done anything wrong, expert for the time her brother tricked her into going into the warriors den. Her goal is to achieve big, and she doesn’t let any cat get in her way. She is swift in her hunting and battle skills, as he has paid attention for great amounts of times. She likes to help the elders and warriors in her spare time. Creampaw. Creampaw is fairly quiet, but also if she had really god friends, will be herself around them.

Apperance: Creampaw has a pure cream pelt, Her eyes are a dark amber eye, that changes to a dark red when she is angry or during a battle. Her ears are a darker shade of cream to her pelt. Her pelt is soft, as she care for the way she looks, as she think it portrays herself to others. She has quite a large tail, that she is aware of, and always grooms that too. Her hearing has gotten better after the many battle trainings and hunting sessions.

Mate:Birchflame
Pups: Not yet
Other:

History and Personality: He had a normal puphood. He was apprenticed in Greenleaf, on a sunny day. He learned battle technique first. He has always had a soft spot for Cream paw. He has a good heart and was dismayed when his leader went missing. When she came back, he was the nicest one to her besides Creampaw.

Appearance: Short, black fur and amber eyes. A slender build, made for the forest. She has a rather plumy tail and smallish paws

History and Personality: Violetpaw has always been a little mischievous. Even as a pup, she played pranks on the other pups and the queens. She flirts a lot but has always only had her eye on one wolf.

reply | flag
message 34: by [deleted user] (new)
Sep 11, 2014 02:03PM
Okay,
First of all, welcome to the group!
Seconded of all, please don't think I'm telling you off! Because I'm not. Okay, your wolf's name is spirit right? That's a nice name, but if you see all the other wolves names, they have a suffix and a prefix. So your wolf can't be just spirit. If you are stuck, try:

Or any other ones you can think of.
Karly

reply | flag
message 36: by [deleted user] (new)
Sep 12, 2014 01:39PM
Um actually not trying to be mean, but because this is now a semi-advanced group, the personality needs to be a couple sentences longer.