Personality: Fun and outgoing. Sometimes can be a little hard to get. Can be rude and defensive if he needs to be.

Relationship: Not sure at the moment

Other: He lives on his own and lost his parents to a fire when he was young.


Let me know if I need to change anything on here.

no its good, and accepted!!

yeah want to rp? I will make a character now

Um....I was thinking like Adventure/romance or something if that's alright? If not than that's okay lol

History: she was enslaved at ten years old, after her parents died

Fallen Angel wrote: "Um....I was thinking like Adventure/romance or something if that's alright? If not than that's okay lol"

and yes, that is fine, tell me if I need to change her age!!

No I think her age is alright.

ok then, but if there is going to be any romance then if so please change HIS age!!

Okay lol. I'll change it to her age then. Maybe a year or so older.

Great, then shall we start at Slave Farm #1?

Sure. How do you want to start?

uh, how about he was enslaved and we can go from there.

Okay. Shall I start then or are you?

Personality: Parker is a flighty kind of person. He gets lost in his thoughts a lot, and sometimes misses whole moments in life. When he isn’t spaced out, he is sweet and playful.

History: he and his sister were enslaved when they were 13, after their brother and parents were bought by another alien family.

Personality: Payton is sassy and beautiful. She knows it, but luckily isn’t full of herself (usually). She is really clumsy, but also graceful, and loves swimming. She is funny and easygoing, but also spontaneous.

really cute and approved, although the second person the image said that it was an image error so...

Personality: all business, smart, down to point, fierce, easily angered

History: she worked in an office and had nothing to do with the enslaving, she just wants peace

Relationship: single but needs a boyfriend or fiancé

Mimi 'Pans' wrote: "really cute and approved, although the second person the image said that it was an image error so..."

Personality: Mila is silent and serious. She is very smart and can read minds, and kind of full of herself. She thinks she’s smarter than everyone else.

History: Mila was a mutation of a human, once the aliens came and infected the earth with their gunk. Her parents abandoned her, and she was sold to an alien after she was beaten.

Personality: Mila is silent and serious. She is very smart and can read minds, and kind o..."

what qualifies as a monster versus an alien?

alien: more of a creature from out of space
monster: more like the boogey man in your closet but worse

Personality:Like the fire he summons and burns, he is quick to anger, but keeps most of it inside due to his quiet nature. He tends to stay away from everyone and is leading his own little rebellion.

History:It becomes quite bad when you must ask yourself how a creature of fire and wings and darkness came to be with humans. Never knowing his parents, Kasia only knew the humans who hid him. Until the day they betrayed him and sold him to the Aliens. But no chain could hold him and he escaped, leaving wrath and fury in his wake.

Dislikes:
-ice
-coldness
-people who can get in his head (literally and figuratively)

Relationship:None, but I'm curious to see which one of you is brave enough to try to tear down the walls he's set around himself.

Other:chocolate. You know what I mean by now.

Name: Cassie no-face(that's her last name)
Appearance- turcoise blue skin, dark chocolaty brown hair, beutiful baby blue eyes, about 6'7, shiny white teeth, velvety smooth voice and beautifully proportioned body.
Age- Alien years 24, monster years 19 and human years 17
Personality-very seductive, alluring, sexy, hot, caring, loving, helpful, and sweet.
History- has one monster parent (Dad) and one alien parent (mom). She was born on earth but had to stay in hiding until she was 5 because she was then sent to the mixed breed school. She has her mothers looks and her fathers defensiveness and strength. She had lots of guy friends but very little girl friends. She has trust issues and is conservative are puns people unless she really knows them! She is very into trying new things and meeting new people. She didn't bite so feel free to come and say hi.
Monster, Alien, or Human- alien and monster cross breed.
Likes- movies, supernatural, doctor who, books, the avengers and x-men, and boys!
Dislikes- bully's, most girls, and contemporary music
Relationship- totally single and in the hunt for a hot anything! Is totally open to anything and everything except fetishes and abusers!
Other- liked to be called Casse and she has never been in a relationship!

(Someone help me get this girl and bf!!!)

History: She was hidden on earth by a group of humans. When the Aliens came one of them sold her to them and she was forced to work in one of the slave camps. She escaped and is in hiding. Like a Phoenix, when she dies she turns to ashes and then rises out of flame, so she never really dies.

Dislikes: the Aliens, the person who sold her to them, when people get hurt.

Relationship: Single and looking for someone she can actually trust.

Other: Plans on tracking down the human who sold her and then plans to kill him slowly. She has some issues, but don't we all?

History: found a baby alien coughing on the side of the road, decided to care for it, named it Jessie, because he was unsure of its gender

History: was taken from his spaceship by humans, it eventually escaped and started running, until it got a cough and sat down on the edge of the street, and was taken in by a human boy

Likes: Sammy, orange things (Especially orange jello, it thinks its one of it's kind.)

Other: can stretch out his arms and use them to swing and grab things

History: she was enslaved at an early age, and was glad when she was freed. But she believes in peace, and hates all the fighting and beating

Dislikes: too much sunlight

Personality: angry, bitter, resentful, ruthless, ready to kill all the humans if she has so

History: enslaved since she was 8, and her family taken away from her, Dess has a good reason to hate humans

Personality: quiet, but when one gets to know her, she is funny, nice, and outgoing. Loves reading. Brave

History: She herself saw her parents got killed by a person who claimed to be an alien. She didn't believe that person until she did...

Dislikes: when people pretend to be something they're not

sure, you can start if ya wanna

I am using: Ilia
and we can start at slave farm #2 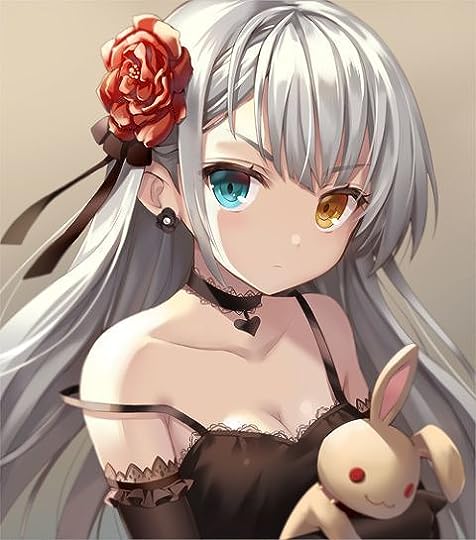 Personality: Callie is a hopeless romantic at heart, but is too afraid to look for someone during a war. She is a creative and uses her creativity to protect herself and her brother. Despite being the same age as Levi, she is always determined to protect him more than anything. She is brave, except around her fears, like spiders and falling. Her abilities are simple. She can fly and read minds, which she uses quite commonly. She is good at cooking.

History: Born to a monster and a human slave who died right after because of an alien, she and her brother were left alone to raise themselves, and often had to run from place to place, hiding from people, alien and monsters alike.

Relationship: Single, hard to get to

Other: Parents are dead, has her twin brother 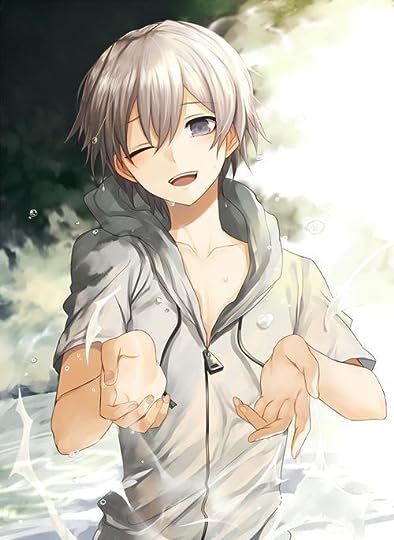 Personality: Vy loves his sister, and cares for him. Though he is quite carefree, he still tries to help his sister as much as possible. He likes to do sports in his free time, to help himself gain more strength so that when they need to run away. He loves nature, animals and all things green and is a very environmentally conservative person. He hates the war going on right now.

Relationship: Single, not looking for anyone

Other: Parents are dead, has his twin sister

History: she was taken from her homeland at 10 years old and put to work. she doesn't hate humans, but she doesn't like them either

GERONIMOE!!! I love to say that rondo my like Matt smith did! Is this the haracter that is looking for a relatioship?

ok where to start?

Where do you want to go?