A GIRL FALLS DOWN A HOLE AND MEETS AN ENIGMATIC GENTLEMAN.


other ideas?? do u wanna end or finish our old pirate rp or keep on making new ones and do the Alice’s in wonderland to?

Yay! Hmm I think your guy should secretly be plotting to over throw the queen of hearts and maybe gets my girl dragged into it?? Sure we can set the pirate rp back up! I think I have the last post for it saved somewhere.

Name: Virgilio Of The House of Blood
Age: 25
Role: Master of Spies for the Queen
Personality: Charming and glib, Virgilio is as sweet as the frosting on the red velvet cupcakes he loves. He’s superficial and a master of manipulation, and he is known for his cold hearted selfishness and the attitude that only involves himself. He is caring but it’s only towards a rare few people that he chances upon, such as poor people or children or animals or mothers. Be feeling compassion for the weak but tries to hide it.
Biography:
Virgilio was born to the Queen’s younger sister and her best friend and Commander of the Armies. He had a relativitely positive childhood until the Queen, in cold rage, murdered her sister and took the Commander as her own husband. When she discovered he would not love her, she beheaded him as well. Virgilio was only twelve. The Queen was always insane but she began to favor Virgilio and took care of him, trying to amend. But he never forgot. He never forgot it at all.

History:
Ali never knew her father and her mother was so flighty that she was never around. Her and her older brother, Cade, were mainly raised by their grandmother. She did her best to make the best of her life while her brother opted to drink and gamble his way through life. She doesn't talk to him often for that reason and tries to keep her distance. She is a senior in college getting a degree in marketing to hopefully get a job as a book marketer at a big company she did several internships at.

Personality:
Ali is a total sweetheart and nice as can be. She can seem kind of closed off to someone who doesn't know her but she is really kind and helpfully to people she gets to know. She can be pretty funny and talkative when she is comfortable around someone. She is a pacifist and doesn't believe in fighting with others, but she will still sass you with a witty comment. She is also very observant and tends to watch people to learn more about them. Despite all that happened to her she is still an optimist and tries to always see things in a positive light. 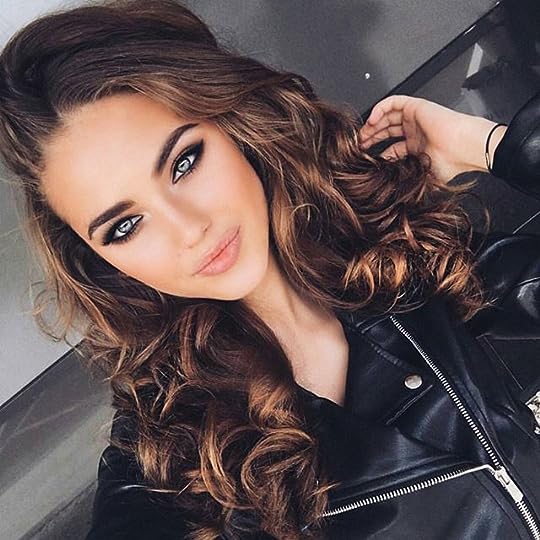 Twelve o clock hits Wonderland, a minute in where everything goes completely bizarre. It’s said to be the minute in where the legendary Alice, patron of druggies and prostitutes, had fallen into Wonderland. It’s a fantastical tale, but Virgilio prefers the story of Mordona, the patron of murderers and thieves and those of the cunning arts, who when fallen from the Upper World, outsmarted the Queen of Hearts and murdered the whole family. A lovely tale, but not for the time, Virgilio thinks as he shuts his golden watch and strides down the lane.

He’s dressed in the clothes of a fine gentleman of the Court; stiff dress pants, a dashing tailcoat and a vest over the bulging muscles of his tight white shirt. He’s well endowed and it’s obvious from the admiring glances that everyone gives him, even his Queen strains her eyes to differentiate the looks of him or his father.

“Cheshire!” Virgilio calls and the cat bounds down, staring up at him.

Her grandmother had always told her that all things happen for a reason but finding your boyfriend cheated on you and that your best friend was moving out to live with her boyfriend didn't really feel like one.

She sighs resting her head back against a bench as she stares up at the night sky. The crisp winter air a harsh reminder of the wintertime weather. She pulls her scarf a little tighter around her neck. Her breath coming out in cold puffs as she thought about what to do. She couldn't afford their apartment on her own and she didn't want to bog down her friend with her relationship problems when she was happy with her own.

Her phone ping and she glances down to see it had just turned to midnight. "Might as well get back." She says to herself with a sigh. She stands and out of the corner of her eyes she see a flash of color.

"Hey who is there!" She calls out and bites her lip as she hurries after what ever it was. For a second she swore it was a rabbit in clothes but that was silly. She hurries after spotting something in the distance until she stumbles and trips, falling forward.

She screams as she falls and keeps falling right down a hole. She tumbles and spins as she falls until she lands with a thump on the ground. "Ow... that really hurt." She moans softly rubbing her head.

She glances around and her eyes widen as she ambushed by bright dazzling color a far cry from the bleak whiteout of the park. "Where the hell am I?" She says as she starts to get up. Her feet and knees sore from the fall, she had probably scraped one of her knees when she landed.

The Cheshire Cat perks up its ears, waving for Virgilio to follow. He is uncertain of where this shall end up in, but at least hopefully he won’t end up dead.

Virgilio follows the purple and magenta striped tail that disappears and reappears across a field placed like a chess board, and the man is almost fed up but has managed to keep his immaculate suit clean and he sees a young girl, sitting on the ground. She looks absolutely gorgeous despite her tattered appearance and forlorn expression.

Virgilio strides over. He offers a hand to the girl.

“My name is Virgilio, and I am a citizen of the beautiful Wonderland. You are a human, correct?” Virgilio asks, his handsome face obscured slightly by his thick, heavy curls and his top hat. He adjusts it again. His green eyes slide over the profile of the girl, in an assessing manner.

She looks up as a man seems to appear out of nowhere. He offers her a hand and introduces himself as a citizen of wonderland... where the hell was she. There was no way this was wonderland. Not 'the' wonderland, like Alice in Wonderland. She squeaks in surprise a bright purple cat lounging in a tree.

"I... um... yes." She manages to get out looking frazzled. She blushes feeling his eyes roam over her profile. She hesitantly takes his hand and stands up. She winces a little, her knee throbbing and there was a tear in her jeans.

"Look this is kind of crazy. I mean wonderland is just a story. This can't be real. Jeez I probably hit my head when I tripped." She says muttering the last part to herself.

“Miss, I assure you that you did not hit your head. They say that humans are a story as well,” Virgilio’s cat-like, feline eyes that are a sharp green that is slightly washed out and bleached of its vibrancy. There is something not truly human about him, but it is at the same time. Virgilio knows that Wonderlandians are not at all human. They may have some human blood but then there is Jabberwocky blood thrown in, there is Goddess blood thrown in, and mainly the blood of murderers who were thrown out of the fairy kingdom. Majority of Wonderlandians were descendants of the odd creatures in Wonderland and fairies who were renown for murderous crimes.

Virgilio is one of them.

He assures her that she didn't hit her head and that they say humans are stories as well. She bites her lip a little not sure what to believe right now. She blushes a little looking at him. he was handsome in a strangely charming way. His eyes were like nothing she had ever seen.

"Well if this is wonderland and all that is real. Then how do I get back home?" She asks. She didn't belong here. She needed to get back to her home.

“There is no way, my dear. The only ones who escape from Wonderland are children. I can clearly see that you are not a child,” Virgilio said with a faint smirk on his face, which dissipated as soon as he offered his hand again. The girl was quite beautiful, in a curvaceous way that was unlike the thin, corseted figures of the women in Wonderland.

“Come with me to my villa. I assure you that I shall be able to sufficiently take care of you.” Virgilio says, and he wonders how he can twist this to work for him. The Queen of Hearts was deathly afraid of humans, wasn’t she? After Alice escaped from Wonderland, the ruling Queen’s power crumbled and anarchy felled the kingdom for a good sixty years or so until the next Queen of Hearts who reclaimed her throne.

He tells he there is no way to escape and the only ones who escape from wonderland are children and I was not a child. She blushes as he smirks and offers his hand again. He says to come to his villa with him and he would take care of her.

"I don't know." She says softly looking at him. He could be a serial killer or trying to kidnap her for his own evil reasons. But then again she is was stuck in a strange place with no where to go. "I guess I don't really have much of a choice."