This topic is about The Secret Life of Mrs. London
9 views
Life is not always about holding great cards, but playing a poor hand well.

Mod
Life is not always about holding great cards, but playing a poor hand well. 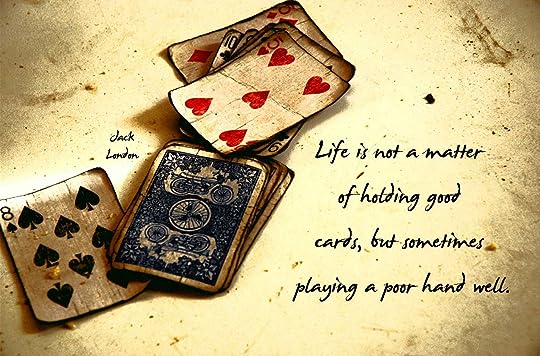 I wanted to share this Jack London quote this morning, because I bet it fits something in all of our lives!

What is the poor hand you have played well?

In THE SECRET LIFE OF MRS. LONDON, both couples have been dealt tough blows.

1.The Londons and the Houdinis wanted children badly and both failed at that dream for different reasons. (Yes, you'll find out why in the book ;-) They turned their lives into amazing adventures: The Londons built a 43 foot boat and sailed the world in 1906! The Houdinis traveled to Russia and all over Europe performing magic and escapes.

2. They loved their spouses desperately, even though all their deepest needs could not be met. (Yes, that too!) They both made the best of it! 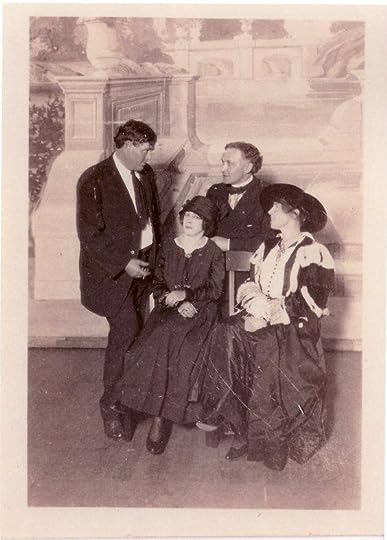 3. When Jack's stories are discovered by Hollywood Studios for movies, he becomes even more famous than he already was... yet, the promised payments never came. Other studios stole his stories without acknowledgment and Jack London had to pour his income into legal fees to fight for his rights. He started author's rights for copyright that we have today!

4. Bess begged Houdini to give up his dangerous escapes since he'd been injured so badly, which would destroy his world-wide fame. But he loved her so much, he developed his famous elephant disappearing act which he performed while training our army in escapes for WWI!

MRS. LONDON is on sale Thursday only $1.99 https://www.amazon.com/dp/B072KRP7MN)
THE SECRET LIFE OF MRS. LONDON, The love triangle between Houdini, Jack and Charmian London.

Wow. What amazing stories about these real-life adventurers and talented artists! Who knew?

I had no idea that Jack London started the fight that resulted in authors getting copyrights for their work. That's so cool.

I remember going to Georgetown to study economics one summer when I was in college — my father's idea. I hated it. My sister said, You can do anything for 6 weeks, and she was right! But it felt like forever.