Medieval fantasy roleplay sounds good, would you like romance or not?

Let's go for fxf then. It could help with your experience :P.

Not really, but if it burdens you, then perhaps I could try to...

Muse A is a princess was cursed by a witch when she was born to be powerless in a world where having a power is everything. The princess's parents kept Muse A a secret. She could only leave the palace if she was dressed like a peasant and even then she couldn't explore very far. This left Muse A spending her days mainly in the palace, observing every small detail around her. One day Muse A's curiousity gets the best of her and she wanders farther into the villiage. There she hears people talking about witches, not just any witches though. The witch who gave her the curse. Muse A realizes that if she can find the witch, she can convince them to reverse the curse and give her back her power. There is only one problem. The witch who cursed her has been captured by one of the neighbouring kingdoms. The witch only had one child, a daughter who is Muse B. When Muse A finds Muse B she convinces her to try and reverse the curse but Muse B can't. Muse B believes that it is because she didn't cast the curse. They both agree to team up and try and find Muse B's mom. Little do they know that in an attempt to reverse the curse Muse B unleased an ability in Muse A unlike any other.

Muse A and Muse C are the best of friends. They grew up in the kingdom together and despite knowing their fate was nothing more then cleaning pots and pans the rest of their life they still always had a smile on their face. They were inseparable. At least they were until Muse C gets killed during one of the rebel attacks. Muse A is devastated and spends weeks after the incident crying herself to sleep and even considering taking her own life. Muse B is one of the only female knights that works at the palace. She is often teased by the other knights because of this but she doesn't mind. She has always had feelings for Muse C and was about to tell her how she felt when the rebel attack happened. Ever since the attack Muse B feels like the death of Muse C is her fault. One day Muse B hears Muse A crying and she decides to try and comfort her. Muse B finds out that Muse A was Muse C's best friend and Muse B feels terrible for Muse A. She tells Muse A that she can talk to her if she needs anything. As they talk to each other more they both develop feelings for each other.

GAHHHH I love both! You're so creative :)

Sure! Do you have a character template of sorts or any requirements?

also, how old should they be? 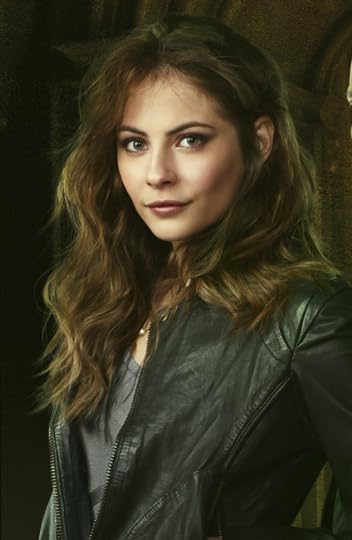 Great! Where should we start the roleplay?

Maybe when Muse A finds Muse B?

Seraphina walked through the forest, looking around at all of the trees surrounding her. She couldn't believe how anyone could know where they're going while walking through the forest. Every bunch of trees she passed looked exactly the same as the other twelve she passed and she couldn't even remember if she'd turned right at the third bunch of trees or at the seventh. She knew though that finding the witch would be worth it. Once the curse was reversed she would be normal and that was all that mattered to her.

Marciana was tired. She had woken up this morning feeling distressed and tired, mostly because the night before she had been focused on finding the potion for growing plants faster, but fell asleep mid-way during creation. Now, she was hearing the sounds of someone, a girl, no doubt, walking through the forest. She sighed. When would people learn that the witch's hut was nowhere to be messed with? She looked over the mantle at the perfect example that her mom had left behind. Her mom. It had only been five months since her mom was captured, but it felt like forever to Marcy. She needed her mother there, not only to help her, but to be there for her.

reply | flag
message 29: by [deleted user] (new)
May 15, 2018 03:53PM
Sera continued to walk through the forest, hoping that she wasn't lost for good. Part of her wanted to give up and try to find her way back to the safety of the villiage but she knew she couldn't. She wouldn't let herself give up. Not when the possibile reward would cure all of her problems. Her having a power would solve every problem she'd ever faced.

Marcy felt the girl drawing closer and she growled instinctively. A smirk arose on her face. She opened the door of the shack and slammed it behind her, heading out towards the direction of the girl, whom, if she was correct, wasn't too far. She stayed in the shadows, watching and waiting.

reply | flag
message 31: by [deleted user] (new)
May 15, 2018 11:24PM
Sera suddenly heard a startling sound. Her hands were shaking as she looked carefully around at her surroundings. She didn't see anything out of the ordinary but that didn't stop her fear. She didn't have a power to defend herself with. She was hopeless if anything harmful was on her path. She continued to stay cautious as she slowly continued to walk, looking around in all directions to make sure that nothing else was there.

"Hey there," Marcy said, rather casually as she smirked at the girl. She was quite pretty, something that Marcy noticed really quickly. Marcy hadn't meant to terrify anyone, not at all, but jumping out of nowhere was kinda something that her mother was brilliant at, something that she was kinda secretly, guiltily, working on. She was rather confused as to why there was a simple peasant walking out here in the woods, all alone.

reply | flag
message 33: by [deleted user] (new)
May 16, 2018 06:10PM
Sera almost jumped when she noticed a girl suddenly appear out of nowhere. She was still shaking even as the girl said her friendly greeting. She couldn't help but be worried. She didn't know where she was or how to get back home and she was unarmed. She hoped that by being friendly the girl wouldn't hurt her.

Marcy smiled at the girl's nervous tone. She kept note of that for later. "Nice to meet you too. What's a girl like you doin' out here in the dark part a the woods?" She asked, raising an eyebrow. She was excited about this, since most people rarely entered the dark woods, let alone passing by the witch's hut or near the witch's hut. She smiled at the evidently trembling girl that was standing in front of her.

"I'm looking for Asteria Tirele. I heard that witch's live in this part of the forest and I'd thought I'd look here since Asteria is a which. Do you know where I could find her?" Sera asked after explaining why she was here. She was still quite nervous and was desperately hoping inside that she could trust this girl.

Marcy laughed. It was a rather loud one, as she had learned that it scared people as well as kept them aware and cautious. "She's not here." She responded sharply, not wanting this little town girl to stay up her nose any longer. "But I could help you, I mean if you're really that desperate." She snorted, not just wanting to drive the girl away but also doubting in her own abilities.

reply | flag
message 39: by [deleted user] (new)
May 23, 2018 09:57PM
Sera was disappointed to discover that Asteria wasn't there but her disappointment disappeared quickly. A rush of hope immediately filled Sera rapidly right after the girl said that she would help her. She was filled with joy.

"You could help me?" Sera responded. "Thank you so much!"

Marcy smirked, which faltered for a second when she saw Sera's immediate happiness. She didn't understand how anyone could be this positive and still need the help of a witch. She didn't let the positivity of the girl deter her though.

"Sure." She said in a dismissive tone, hiding that she really was curious as to what this little girl would be doing wandering into the forest. "What do you need help with?"

reply | flag
message 41: by [deleted user] (new)
May 24, 2018 09:18PM
Sera was skeptical to respond to the girl's question. She didn't know if she could be trusted. Sera knew she was unarmed since she was powerless but at the same time the girl may be the only one who knew where Asteria was.

"I need her help with something." Sera finally replied.

Marcy nodded, keeping a smile pasted on her face, a faint one. But she kept her arms crossed, not wanting to lose her threatening demeanor. She kept her eyes open, blinking as little as possible.

"With what?" She raised an eyebrow, asking for specifics.

reply | flag
message 43: by [deleted user] (new)
May 25, 2018 09:07PM
Sera was still nervous but she wasn't shaking as much as before. She had to keep her explanations as vague as possible. She couldn't trust this girl quite yet.

"To undo something," Sera answered.

Marcy raised her eyebrow even higher. This girl was beating around the bush, and it was annoying her just the taddest bit. She knew that the girl probably just didn't trust her, but it was something that she just considered a pet peeve of hers.

"Uh huh. Care to be a little bit more specific?"

reply | flag
message 45: by [deleted user] (new)
May 27, 2018 04:08PM
"I can't." Sera responded as confidently as she could. She knew that she couldn't reveal that she was cursed otherwise the girl would know that she was the princess. Everyone knew her as the cursed princess.

"Why not?" Marcy asked her raised eyebrow staying there. This was making her job even more difficult. "Well, good luck. The witch isn't going to be back for at least two months, so have fun out here in the cold." She smirked. This ought to be enough for the girl to tell her.

"Fine but promise me you won't tell anyone." Sera answered as sternly as she could. Although he voice sounded calm and collected her hands were still shaking. It also didn't help that she was shivering. She was colder then an ice cube.

Marcy nodded. Then she noticed the girl was shivering. She thrived in the cold but did understand that some people were vulnerable to it. "I won't tell anyone, I promise." She held out a pinkie. She was childish in that way. "Are you cold?" She asked, raising an eyebrow with a smirk.

reply | flag
message 49: by [deleted user] (new)
Jun 03, 2018 08:28PM
Sera was confused by the girl holding out her pinkie. That thought left her mind though as more nerves entered her mind. She took in a deep breath and released it before saying as quietly as she could, "I was cursed by this witch many years ago." Sera nodded when the girl asked her if she was cold.

Marcy nodded. That must have been her mother, at least it sounded like it. She must've been the princess then. "One cold princess, right on my doorstep, then." She smiled. "I guess I could try to help you though, but only to the best of my ability, which isn't really that much compared to my mom."