Name: Declan witters
Nicknames: Dec
Age: 17
Appearance: http://cdn.playbuzz.com/cdn/642640ea-...
path of god he/she is following: Ptah god of Craftsmen and Creation
Type of Magic: combat
History: Declan never new his parents, He was in foster when he decided to run away, he spent most of his life running, having no one in his life. one time he accidentally sent a kid who was bulling him flying across the street, That was when Amos found him and brought him to train at the Brooklyn house.
Personality: Laid Back, Funny, makes jokes to hide pain
Other:

Name: Rick miller
Nicknames:
Age: 18
Appearance:http://vignette4.wikia.nocookie.net/d...
path of god he/she is following: Thoth
Type of Magician: Charm Maker
History: Rick was raised by his parents in New York city, His parents knew Rick was destined for something great, Rick accidentally set off a lion charm luckily Sadie Kane helped him stop it she brought him to the big house for training.
Personality: Intelligent, strategist, quiet
Other:
wand: https://upmaa-pennmuseum.netdna-ssl.c... 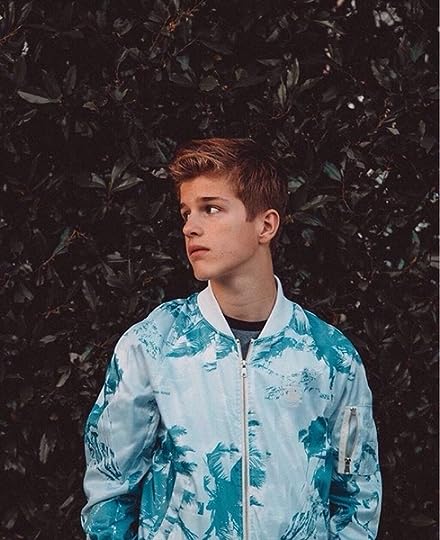 (hide spoiler)]
path of god he/she is following: Eugenides
Type of Magician: Combat. As a Combat Magician Barry uses his power more for stealth fighting, Eugenides gives him Enhanced speed, Enhanced thievery.
History: History: When Barry was youn he had great love for mischief, till he turned 15 that is, Locks of all kinds started jut unlocking for him, and while it was not faster than the speed of light Barry also could move quicker than a normal human as well as quieter. As he got older he didn’t use the gifts for the best things, he became a thief “The thief in the Dark.” Is what he was called by those he robbed for no one could catch him, until one night he was caught in by Amos who brought him to the Brooklyn house
Personality: A smooth talker, very easy going. Very friendly, youll know when he is angry
Other: Short and Athletically skinny, As Well as being a great swordsman. Great Guitar Player (One he stole of course)

Mentor
Name: Lonnigan Chancy
Nicknames:
Age: 28
Appearance: http://www.westernclippings.com/image...
path of god he/she is following: Ra
Type of Magician: Elementist
History: Lonnigan was recruited from Tennessee by Amos to help train the students of the Brooklyn House. he is a Veteran ranger. he is a stealthy magician and can enter rooms without people even noticing
Personality: He is quiet, an Drawn to into Himself he doesn't talk much
Other: