Lol, you're good. So do you like to do detailed or simple characters?

Yeah, that works! I'll have my guy up a bit later today then. :) 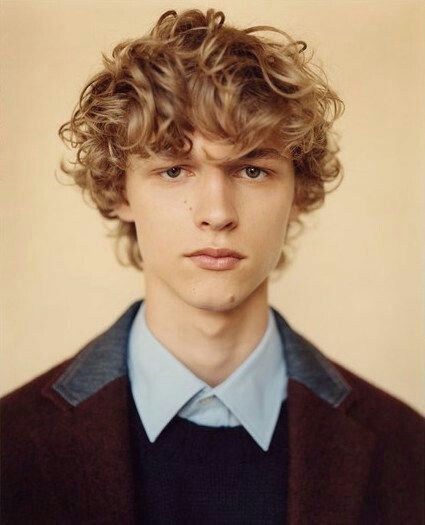 |personality|
With his quick mouth and clever head, it’s no surprise that Izzy is aiming for law school. He’s good at formulating arguments and talking his way out of things. He does, however, tend to ramble quite a bit when he’s nervous — and Izzy gets nervous about a lot of things. Though it’s been three years since he first left home and he’s always been fairly independent, Izzy is still trying to figure the world out. Having lived in his father’s shadow for so long, he’s now having difficulty finding himself. As a result, Izzy tends to pick up hobbies and put them down just as quickly. One week, he might try to take up guitar — the next, he’s suddenly very passionate about knitting. All of this is part of his quest to find something he’s truly passionate about. Izzy could not share in his dad’s dreams, so now he’s looking for his own. Despite this longing for life and meaning, Izzy is still a fairly realistic individual who has inherited his father’s constant desire for logic and order.
|likes|
Homeric poetry ; cooking ; herbal tea ; arguing about anything and everything
|dislikes|
Time-constraints ; following orders ; messes of any kind ; W.W. Tarn's theories about Alexander the Great
|skills/hobbies|
Cooking ; fairly proficient in Latin ; fencing ; bit of a sharp-shooter ; was once adept in several forms of martial arts (admittedly, he's out of practice)

|history|
Hunt. Kill. Protect. This is the legacy that Izzy was born into. Even when he was no older than five, his father would send him off to sleep with bedtime stories about the wolves that roamed the woods. No, not just wolves… Wolves that wore human skin when the sun was shining, wolves that smiled with human teeth and then tore you apart when the moon came out. At least, that’s what happened to Izzy’s mother. The young hunter grew up with only his father to call family, and the two lived a fairly quiet life nestled away in a small Oregon town. His father had secured the position of President of the Hunter’s Association (North America chapter, of course) a few years before he was born. The organization considered themselves protectors of humankind, singled out for their remarkable combat abilities and their knowledge of the supernatural, which had been passed down through their families through the ages. His father wore the badge of hunter proudly and dedicated his entire life to hunting down the same creatures who had taken his wife… and the job certainly kept him busy. Izzy was raised primarily by a nanny who could help teach him self-defense, who homeschooled him up until the time he was fifteen. His father, meanwhile, was busy traipsing across the continent, killing anything with claws. And when he was home, there wasn’t much bonding. Those oh-so-precious moments were full of sparring and tests of Izzy’s abilities... But to this day, Izzy has only ever seen one wolf, and he was so young that it might have been merely his imagination. As he grew up, Isaac became increasingly less enamored with the idea of following in his father’s footsteps. He wanted a normal life, without the training and the monsters he’d never even seen. So, Izzy secretly filled out his applications and gathered the courage to tell his father he was leaving for university instead of joining the Association. Of course there was some screaming back and forth, and their relationship only became more tense as a result, but Izzy was determined to get out into the world and become his own person.

|other|
~ Has a very worn copy of The Iliad that he takes with him everywhere he goes.
~ Everyone tells him he looks like he's mother.
~ Loves avocados more than he loves most people.

Love him! Just finished up mine as well. :)

Aww thanks ^.^ So would you like to start or do you want me to?

Yeah, I can start! Sorry, I just got out of class.
But yeah, I'll have it up in just a bit!

The cabin was an eerie place during a thunderstorm. Each clap of thunder seemed magnified tenfold, and through the windows every tree looked like a beast on the prowl, claws swiping out violently each time a strong wind blew. But Izzy was very accustomed to the cabin in all weather conditions, and he didn’t scare easily. When the rain had begun, he had simply stoked the fire, put the tea kettle on, and sprawled his textbooks across the breakfast table to prepare for a night of studying. Isaac had only arrived at his little home away from home that afternoon and had been surprised to see the cabin in such good condition. It was a spacious little building, with a wood burning fireplace, three bedrooms, and two levels. A true hunting lodge, designed for both comfort and practicality. It had been built ages ago, one of his father’s haunts when he was out tracking… But luckily for Izzy, his father hadn’t used it for quite some time.

Isaac’s copy of The Iliad poked out beneath a stack of notebooks and he reached for it automatically. The cover was soft and worn, torn in several places, and the pages had yellowed over time. Izzy flipped through the old epic nonchalantly, eyes glazing over lines he knew practically by heart.

And then a high-pitched whistling sound startled him, making him drop the book in surprise. It tumbled onto the table with all the others. Izzy looked up and saw the kettle was steaming. He was on his feet immediately, hurrying over to the pot and turning the burner off. He’d went through all the cabinets earlier and washed whatever dishes he’d found, so there were plenty of mugs lined in the cupboard and ready for use. He snatched up a white one, with little blue flowers painted around the rim. Izzy had, fortunately, thought ahead and bought tea leaves earlier as well.

How absurdly normal it was, though, to be making a cup of earl grey in a cabin that had once been used for hunting monsters.

As he waited for the beverage to cool off a bit, Izzy leaned back against the counter with a sigh and examined the place. Darkness pressed in through the window above the sink, threatening to spill into the kitchen. A branch scrapped at the glass. On a night like this, his father would have told him to line all the windows with sage, hang silver charms over the door and wait for the inevitable. Izzy felt a shiver travel along his spine, goosebumps raise the flesh on his bare arms. It was chilly in the cabin anyway, he initially told himself, with the wood in the fireplace already burning low…