Personality: Artemis is....a character. A flirty, obnoxious and somehow kind person at the same time. Growing up in a loving family, er for the most part loving and caring family she his almost naturally kind. Now her mood can shift very quickly and she cannot control urges she has deep feelings for...the woman is almost a mystery.


History:
Born to Jessica Taylor and Lachlan Griffin, she grew up with her siblings Apollo, (Can´t remember the rest)) Has a child with a one night fling, about 5 years into the Apocalypse..his Name was Echo. After Echo was killed by Negan, her younger brother completely disowned her, blaming her for being weak.
((This is based on the walking dead))

Therapist (if any): Needs one

Psychiatrist (if any): Needs one

Why You Brought Them Here: She has PTSD, from ´killing´ her son (He was already dead, but a zombified dead)

Mod
Sorry it took me so long to get to this! College has been overwhelming me the past couple months, but I have to drop a class, meaning I should be on more often.

@Angel, if you could post Kaili in Finished Patients that'd be awesome.

@Kaleena, Serafina looks cool, but I do need the personality section to be filled out before I can approve her :)

@kaidence, I've never seen The Walking Dead lol, but Artemis seems pretty neat. Just a little more for personality please and thank you. It's so it is easy to match patients with therapists!

the_rabid_snail wrote: "Sorry it took me so long to get to this! College has been overwhelming me the past couple months, but I have to drop a class, meaning I should be on more often.

the_rabid_snail wrote: "Sorry it took me so long to get to this! College has been overwhelming me the past couple months, but I have to drop a class, meaning I should be on more often.

Mod
@kaidence, Artemis is approved! When you get the chance, please post her in Finished Characters.

@Anna, there is a Workshop thread for characters in progress :) 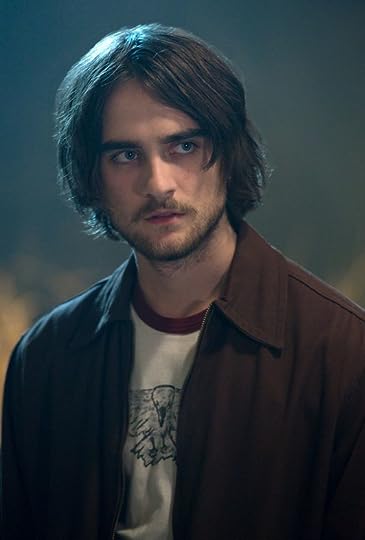 Personality: Toby's personality is a bit complicated. Usually, on his good days, he is really quiet and doesn't talk much. He prefers drawing in his notepad and listening to music with his earbuds.
On his bad days, he yells and gets angry over the stupidest little things. He can get so upset or angry with something that he will often end up breaking down and crying.
He is really confused with himself and needs help, whether he realizes it or not.

History: When Toby was about ten years old, his mother disappeared. She didn't die, but simply up and left him and his father. He was angry with this, and became a grumpy child who got into fights at school often. He seemed disrespectful to his father and anyone who tried talking to him. His father, on the other hand, also fell into a state similar to Toby's, though worse. He started drinking. He drank himself drunk so much, that he ended up being drunker than he was sober. When Toby would get home from school, Toby's father usually beat him or hit him, or acted pretty nastily. So thus, Toby began to hate being at home.
At age 11, Toby was spending less and less time at home, sneaking out at night and getting into trouble. At first, they were minor things. He'd break someone's window or run through people's property with a few other ragtag boys, living freely at their own will.
By the time Toby was 16, he avoided home completely. He had grown into a strong young man with a nasty temper. He was ready to strike down anyone who dared talk against him or badly about the smallest thing connected with himself. He started living with a gang, becoming even wilder. By now, he had a large list of crimes: assault, overwhelming vandalism and theft, one murder-though he had never meant to kill them, and underage drinking.
When he was 17, he found a discarded newspaper that listed his father in the obituary. He felt more relieved than upset, and continued on with his wild behavior.
Then, at age 20, he was caught breaking into a bank with his gang members. The members, all older than him, were sentenced and separated from him, and Toby was sent to get some rehabilitation.

Therapist (if any): None yet

Psychiatrist (if any): None yet

Why You Brought Them Here: Toby was arrested and brought here by the police after time in jail, because they feel that receiving some therapy may help his sentence lighten-even though it's pretty heavy. And he really just needs help, no matter the amount of crimes he's committed. Under it all, Toby is just a scared young man who is so lost he doesn't even know what is really right or wrong anymore.

Disorders (if any): He will have panic attacks when thinking about his past or the crimes he's committed, or just random times. He has a voice inside his head that sometimes talks to him, and it doesn't sound like him. It's got to be someone in his head.
He'll wake up screaming sometimes because of his father, even if that was from years ago.
Nightmares still plague him.

Mod
Whenever you get the chance, just post him in Finished Characters :)