Mod
OK, so not a favourite (yet), however I have just started reading Old Filth and, whilst it's still early days, am very impressed so far.


I notice we've made a few references to Jane Gardam in the "What books are you reading now? " thread and there's seem to be some love for her round these parts, so here it is, the official RTTC Favourite Authors thread for Jane Gardam. 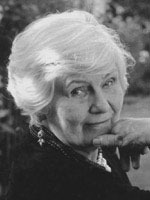 Here's the start of a NY Times article....

Jane Gardam’s most famous novel, “Old Filth,” begins with stage directions and elliptical dialogue, which it’s tempting to imitate in describing Ms. Gardam, a writer who unites literary critics in puzzlement over why she isn’t more famous.

Scene: The living room of a beautiful old house. A lemon drizzle cake, a teapot and china cups (delicate) are set out. A woman with white hair and upright posture, and blue eyes that compel the clichéd adjectives (piercing/sky/cornflower) faces a journalist who is typing on a computer.

Journalist: You published your first book at 43.

Woman: I always knew I would be a writer.

In “Old Filth” and two later volumes that continue the story of an elderly lawyer, his wife, his rival and their friends, Ms. Gardam intersperses such scenes with conventional narrative, flashbacks, changes of perspective, letters and unreliable reportage to chart their lives. Sir Edward Feathers, called Filth — it stands for Failed in London Try Hong Kong — is a “Raj orphan” from a generation of between-the-wars children whose parents served the Empire in the East. “Old Filth” follows his childhood exile to Britain, adult return to the East and retirement in a Dorset village.

“If Rudyard Kipling was the laureate of the British Empire, then Jane Gardam is surely the closest thing we have to a laureate of its demise,” Elizabeth Lowry wrote in The Times Literary Supplement last year, reviewing “Last Friends,” the third volume in the trilogy.

The only one I have read was God on the Rocks, which I read as part of a group read of the 1978 Booker shortlist. It was quirky and entertaining, but did not leave me wanting to read everything else she has written.

Mod
Thanks Hugh. Thanks Val.


I heard about her on Backlisted....

Also available at all your other podcast providers (e.g. iTunes etc)

That's was has inspired me to give her a try 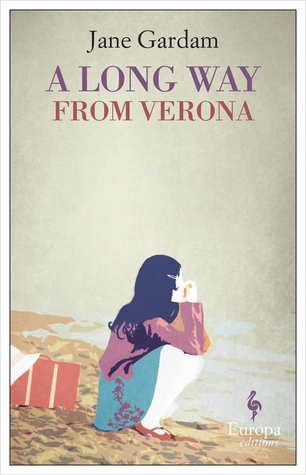 I have read the "Old Filth" trilogy which I loved, as well as two collections of short stories The People on Privilege Hill and The Sidmouth Letters. There was a final Old Filth story Facing the Music which I found rather disappointing.

Overall though I think that she is well worth reading.

Mod
I remember liking A Long Way from Verona as a teenager, but I haven't read much else by her - I vaguely remember not being so impressed by one of her later books, but that was many years ago now, and I'm not sure which it was.

Mod
I'm a quarter of the way through Old Filth and, so far, think it's a superb novel.


Old Filth (aka Eddie, the Judge, Fevvers, Filth, Master of the Inner Temple, Teddy and Sir Edward Feather), a Raj orphan, is a wonderful creation through which to encapsulate a lengthy period: from the glory days of British Empire, through WW2, and into the present day. 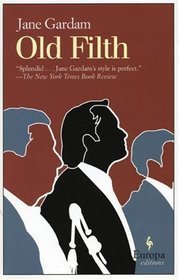 Olf Filth is one of my all-time favourite books. I was less impressed by the other two in the trilogy. I've also listened to and enjoyed her Bilgewater and read A Long Way from Verona which I also liked.

Mod
Thanks Storyheart - that is high praise indeed. I must confess I was wondering how it had become a trilogy - I'll be finding out though

Mod
Storyheart wrote: "Old Filth is one of my all-time favourite books."


I'm over halfway through now and absolutely loving it. Jane Gardam is such a clever writer - this is incredibly varied but also very original. It's quite wonderful. I really look forward to reading more by her - another amazing discovery and definitely now a "favourite author".

You're having a good year for discovering new-to-you authors, Nigeyb.

Mod
I am indeed Storyheart - and it's great to be able to rave about them here at Reading the Twentieth Century .

Yes! I'd be happy to chat about this one with you when you're done. I just re-read it (and then gave it to my husband and friend who also loved it.) I also just listened to Gardam talk about the book on World Book Club (but if you're going to listen, wait till you're done reading as there are spoilers.)

Mod
Thanks Storyheart - I'll definitely check that out when I've finished, and engage you in Gardam-esque discourse. I'm really blown away by it so far.


'Old Filth' is a real treat, and I cannot wait to read more of Jane Gardam's work. 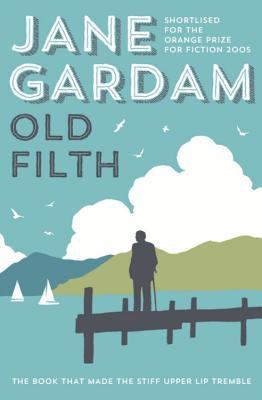