Mod
Cool, so which role did you want. :)

Mod
Character A gets an second chance at life after he was burned alive in an house fire. However, there are certain conditions in which he must meet since he had made an deal with an grim weaper.

The grim weaper is one of many. Serving as an angel of death, he has an job to do. Collect souls. His job becomes when he helps Character A he loses something. (More details will be given later.)

detailed characters or no?

Mod
However you want. I've been trying to hold off until I can get on my computer...but that may be awhile.

Mod
Ok so here are the two character:

Character A (Boy or female)your choice

Character B (the reaper and me)

Character D-girl reapers is in love with. so it's you.

Mod
Alright, I'm going to do simple characters here because my computer clearly isn't going to allow me to do what I want. So they should be up soon.

✮ ✮ Name: ✮ ✮
He is commonly know as the angel of death, the grim weaper. However, his human name in which he uses is Jagger.

✮ ✮ Age: ✮ ✮
Unknown, but he has been around for quite a long time. 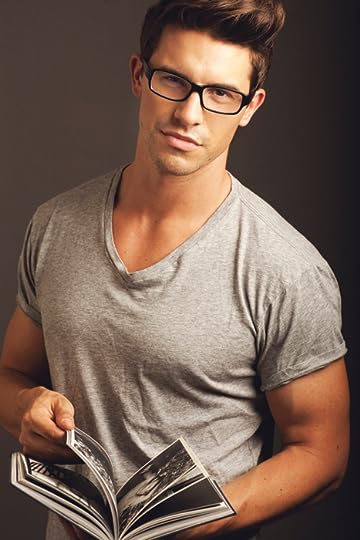 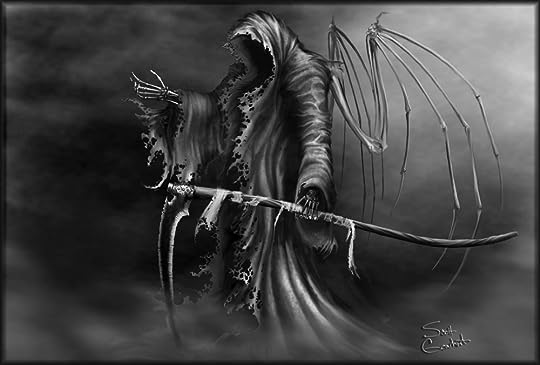 Mod
So are you making a female or male that dead first? 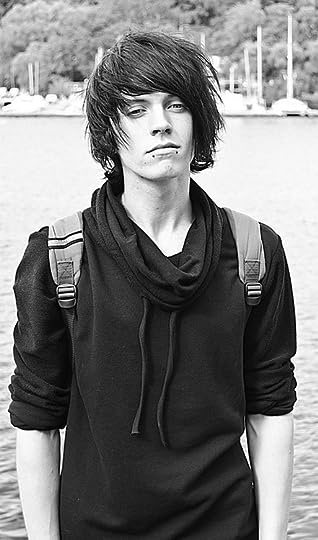 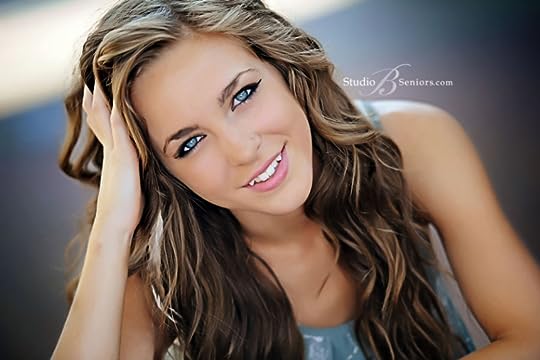 wait are they both dying?

Mod
No, just the one who will interact with the angelic death. My thought is he or she will be sickly and die, but gets a second chance with the grim weaper

Oh either one you pick.

Mod
Character Two(Girl that falls for Your guy 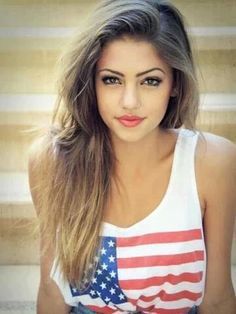 Mod
I thought so too. I can start but it may be tomorrow. I'm about to get off after I post some ideas for a different rp

Oh okay, we can start this tomorrow

Mod
Am I starting or you?

Mod
Sure, I'll start. It may be lengthy but I don't expect you to match it unless you want. Just write comfortably but no one liners please

Okay that's understandable. I'll write as much as I can okay.

Mod
Stepping quietly, he moved through the busy bodies of people running here and there. People screamed or talked really fast. Sirens were heard here and there, yet no one seemed to notice him. An figure who loomed covered in darkness carrying an large blade in the shape of an curve. All around him was the aftermath of an crash. Apparently, one of the drivers had lived while the other was laying on the ground, surrounded by a group of medical people. He, many would refer to him as the death angel, paid no mind to the care of the person tried to give the unconscious body.
"Peter Midford! Can you hear me?" One of the medical man called. He made his way into the center of the commotion, yet no one notices him. Sighing, he nudges the body with the end of his scythe. "Peter, come on. It's time for you to face judgment"

Peter was driving to meet up with a friend the light was green and he stepped on the gas to go again. Then everything else happened so fast, he heard a crash a scream. Then everything went black he saw a flash of light and then everything was dark again. He opened his eyes to see some people running over to him it was the paramedics. He then looked to see his body that was more than he could handle. He hid behind one of the cop cars and took a breather. When he heard a dark voice speak he thought he should come out. He saw the man with the scythe and how he nudged his body.
"Hey! I kind of want to get back to that I don't need to be more hurt then I already am."
Peter finally spoke up to him, he sighed and looked at his body laying there, he wanted to respond to the paramedic but he couldn't.

Mod
Looking up, the death angel searches for the source of the voice. Spotting the soul of the departed, he turns to face him. "Get back in there? You do know you're death right? There is no going back." He was surprised however by the lack of fear in the human eyes. Most humans would have freaked out by now. "See, I can do anything" The angel of death kicks Peter body causing the body to move like it shook. "Any you won't feel a thing. " He turned his dark hooded face to the spirit.

Peter looked at the dark hooded spirit. He was scared at the fact that he was dead he couldn't be dead not then and not now. Peter took in a deep breath as some people brought out the thing that is suppose to bring them back to life. Peter watched them for a little bit he watched as they charged it up and then lifted up his shirt on his dead body. They were going to try and recharge his heart.
"CLEAR!"
"Please you have to let me go back, there is still so much I want to do, what did I do wrong in my life, wait what are you? I'll do anything please you gotta let me go back"

Mod
"You decided to drive up the wrong street" The death angel told Peter in an blunt manner. Wow, this guy isn't bright. He took the time to look the spirit over. A few thoughts of what this guy looked like came to mind. "It's clearly you time to make the cross. I can't restore your life" He had water Peter appear over his body. However, he felt no remorse as he had heard similar stories from other spirits who had also said similar things. "Besides what makes you any different" He hears the third clear.

"How was I suppose to know I was driving up the wrong street? I always take this road, plus I was going to see a friend for their birthday. Someone stood them up so I was going to make their day better. I need to stay I promised them I don't break promises. What am I suppose to do when I'm dead anyway? yes heaven I'm sure is perfect but I'm not ready to go. What makes me different is has anyone tried to work out something with you? I'm just asking you to give me back my life. If I have to change I will anything you want I'll do it."

Peter heard one of the paramedics start to speak again he sighed a bit it sounded like they were giving up on him and he didn't want to go just yet. Peter would do anything except leave the earth he wasn't ready not yet at least. He barley started living he thought he was still pretty young so how on earth was this fair?

Mod
Listening to this guy list off reasons that he is suppose to stay, the angel couldn't help but to frown. "For one thing those are not reasons to return to your form life" He holds up one skeleton finger. "Firstly, you're a human, you lie. Breaking a promise is nothing you having done before. " He holds up a second finger. "And two, how do you know you're going to heaven" A question that popped his own curiosity. "Lastly" He folded his arms. "Those are not justable reasons to live again. If you had said you wanted to correct a wrong you done to someone, or confess to another, or to even stop the world from ending than maybe I would be more incline to maybe perhaps work out something for you" He turns around, and begin to walk. "Now come along. You still have to face judgment like everyone else. Besides, I have another appointment I want to keep, so hurry up."

"Okay I am human but I can promise you those were not lies. Maybe I do want to help someone, what if I can get two people to confess that they need me by a certain deadly two people and they have to say the words 'I need you in my life' then I can keep it if not you can take me. Does that sound like a good enough deal? two people and you can decide the deadly but it can't be like 24 hours you have to give me time. If I can't get two people to say that then I'll go with you I promise that."

Peter looked at him and sighed a little bit he wasn't ready to go and he didn't really want to go at all. Peter looked down towards the ground there were a few things he had to fix while he was still here but he didn't want to admit that. He thought that they knew everything already.

"Wait did you say I'm going to hell? what did I do? okay I'll fix anything as long as I can be with the big man up there."

Mod
His suggestion did attracted the attention of the angel. Stopping, he turned around to face Peter. His thin lips twisted up into a smile. "An deal with an death angel" He approaches Peter. Ignoring his last question, he gaze down at the spirit. "That's.. new." He went over the details of the deal in his head again. "Alright, Peter. You have a deal. You have one month to complete your end. Your life shall be restored" With that, he raise his scythe over his head. Using his scythe, he slashes across Peter soul.

((okay so who is the other person that he get to say that needs him in their life because he said two.))

Peter saw black again and he was back in his own body of course knocked out, he coughed as the paramedics were packing up to leave. One of the paramedics heard him and they quickly got him in the ambulance and took him away to the hospital. They hooked him up to a whole bunch of machines and everything to help him along. The doctor said that he was really lucky and that he was going to make it surprisingly.

Mod
(O wow, interpret that wrong. The other person can be a mystery. ^~^ I have an idea who:))

Mod
(ok so we both are confused to a degree. Where did the sickly person came in at?)

Mod
(Ok what did Peter suggest doing to get his life back?)

Mod
(Mmm, yea...what do you want to do for this? Like who would be his other and how were you picturing the agreement between the two?)

Mod
(Can we skip to where he wakes up I'll post)

Mod
Alannah walked into the room. Peeping around the white curtain, she look to see if Peter was awake. Seeing that he was, she smiles happily. "You're awake. I'm glad" She approached his beside. Capturing his hand in hers, she kissed it before bringing it to her cheek. "When I heard about you being hurt, I didn't know what to do."