Ok, I had this idea a week ago, and I whipped it up just today. Hope you like it! Constructive criticism is welcomed as are comments. Thanks! 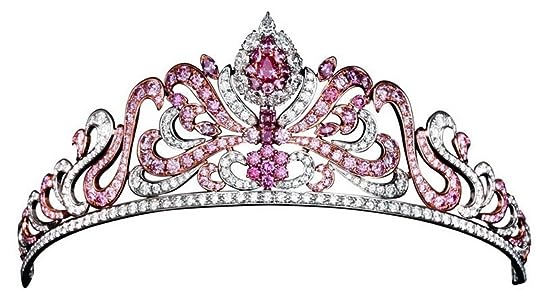 I tried my best to endure through the dreary morning etiquette lessons, but the boredom just got to me. That, and the fact that it was a beautiful day outside. I sighed and imagined what life would be if I was not Coraline Elain Abernathy, Princess of Prospagatia. If I was just Coraline, a normal 17 year old girl who was a citizen of Prospagatia. Life without boring lessons, endless parties, or constant surveillance. Don't get me wrong, I love being a princess. I wouldn't trade it for anything. I know I'm lucky, but sometimes I just wish I was normal for once. My teacher, Ms. Milller snaps her fingers to make sure I'm paying attention. I blink, and clear my head. As she goes back to reading from her my maid, Cecile, walks in and curtsies.
She's my best friend, and I smile when she walks in. Hopefully, she has a message that will get me out of this lesson. "Yes, Cecile?," I ask hopefully. "The King and Queen require and audience." she said. I frowned. If they wanted to talk to me they usually waited until my lessons were over. Had I gotten in trouble? I dug through my memory. I hadn't done anything disgraceful...recently. I stood up and looked at Ms. Milller. "Excuse me," I said as politely as I could. She nodded and it took all of my willpower not to dash out of the room. I walked to the throne room and wondered what my parents wanted to talk to me about. It better not be about more lessons. It couldn't be a ball or some important guest. Well if the guest had already arrived and was waiting for me in the throne room. I highly doubted that. If a guest was arriving, we would have been informed beforehand. I doubted the other option, too. If it was a party, I didn't even need and audience with the King or Queen. Cecelia or someone else could just inform me.
I paused before the huge doors. Then, I nodded to the guards and entered the throne room. My parents were waiting for me on their elaborate thrones, next to them a smaller throne that belonged to me. I walked up to them and curtsied. I had a good relationship with my parents, better than a lot of the other countries' monarchs. I was closer to my mother, though. My dad didn't always have time for me, being the king and all. My mom didn't have a lot of time either, but when I was younger she was a lot closer. I sensed that they were a bit disappointed in me, and even though I tried harder, they still stayed disappointed. I was more of an outdoorsy-bookish type of girl. I know those two don't go together, but ever since I was little, I wanted to be like Princess Elaine, whom I was named after. The Warrior Princess from hundreds of years in the past. She had fought off entire army and single-handedly led our country to victory against the enemy. She had died in the end, fallen in a battle, but her story has passed down from generation to generation. Ever since my mother had read that story, I've been secretly practicing my fighting skills. I'm not good, but I know enough that I can't completely be called a damsel in distress. I've given up on being a warrior princess, especially since I absolutely suck at fighting.
As I rose from my curtsy, my father spoke "You are aware of the situation considering the assassins, are you not?," he said, not unkindly. My stomach lurched at the thought of the assassins. All rulers had assassins, but for some reason, they were targeting me more than usual. Just last week, a taster had died because of poison in my food. I felt so guilty about it. My mother smiled warmly at me and my fears instantly melted away. She had that effect on people, like a warm ray of sunshine. She was beautiful with her golden hair and slender frame. Even though she was getting older, she didn't look a day over 28. Not a single gray hair on her head. The King, on the other hand, had a tired face and his once jet-black hair now had a few gray hairs.
My mother carried on. "We do not wish to alarm you, but we have decided that you must learn to defend yourself" I perked up. Defend myself? Were they actually going to train me? I could get out of these tight dresses and fight? This was the better than I had ever hoped for! "We will be assigning you a new bodyguard who will also train you. You are not to be let out of his sight. I know you may not like this, but you must be under constant surveillance." I frowned. There was the catch. "He won't be allowed in my room, though, will he? And who is he, exactly?,' I knew I was using bad etiquette, but I was focused on other things. I didn't expect my parents to scold me for beginning a sentence with "and". "Don't worry, he won't be allowed in your room unless there is suspicious activity, or you ask him to come in. He'll be outside your door," the King reassured me. "As for who he is...", he continued. He raised his voice and boomed, "YOU MAY ENTER" I turned toward the doors to meet my new bodyguard and mentor.

Mod
Sheesh, I'm starting to feel bad from all this talent

I love your writing, too!

Here's a link of what Coraline looks like after she has mastered fighting.

reply | flag *
message 8: by [deleted user] (new)
Aug 13, 2014 12:22PM
This is great so far. One thing, I think that this could have so many great name oppurtunities, and I think that you could find something better than warrior princess. Great story, though!!!

Thanks, and yeah, I don't like the title. I'm just using "Warrior Princess" as a temporary title until I find something better...

Thank you so much!!!

Oh, and here's a cover that is horrible, but is better then nothing: 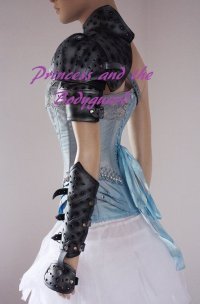