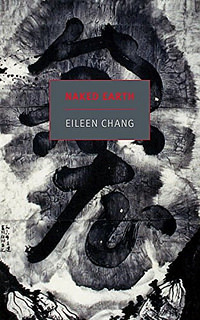 After leaving the Mainland for Hong Kong in 1952, Eileen Chang was commissioned by the United States Information Service to write two books, one of which was her magnificent novel Naked Earth. Far from being a simplistic exercise in anti-Communist propaganda (two previous novels Chang wrote were pro-Communist), Naked Earth is a powerfully moving, Balzacian tale that follows two young student cadres, Liu Ch’uen and Su Nan, who fall in love during a time when, as Chang writes, “the whole country lay stretched out like an open palm, ready to close around any one person at any minute.” Mao’s land reform movement is in full force when Liu and Su Nan arrive at a farm to help the peasants take over the fields. The work is hard, the nights long, and spies abound. Liu is eventually imprisoned by his enemies and sent to fight on the Korean front. But both Liu and Su Nan harbor festering secrets that are pulling them apart. A romance, a thrilling drama, a tragedy, Naked Earth is a stunning work of twentieth-century fiction by one of China’s most revered modern novelists.

This has definitely made my day (!) Absolutely thrilled Chang is undergoing somewhat of a renaissance lately, what with Half a Lifelong Romance just about to be published too. [And I'm excited about the recent growing interest in Chinese literature in general, something which I hope NYRBC will invest into in the same way it has done wonders for Russian literature.]

Mod
They are commencing a new line in late 2014 or early 2015 called Calligrams: Writings from or on China. Looks like they're working with the Chinese University of Hong Kong Press. I am not sure how much they have planned, but they have three titles forthcoming. When I get a chance, I will link to the info.

Mod
Hmm, it looks like the filter on the NYRB Classics website is not quite working yet for the Calligrams series.

The first three books are:

-The Three Leaps of Wang Lun: A Chinese Novel, by Alfred Döblin
- Chinese Rhyme-Prose
-The Literary Mind and the Carving of Dragons, by Liu Hsieh

Since they are from a different imprint, this might not be exactly what you mean, and I also hope to see more Chinese literature coming in the classics line.

Mod
Publication pushed from March 24 to May 5.

Half a Lifelong Romance (other topics)