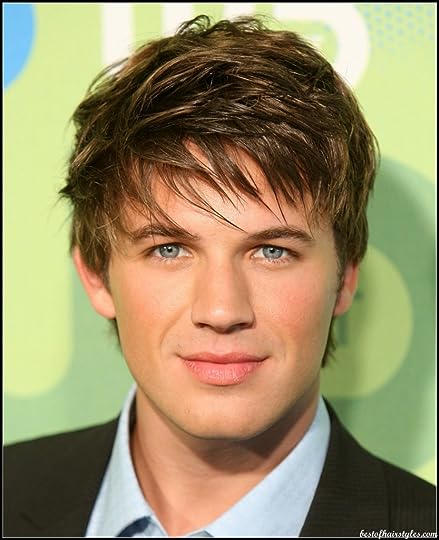 personality: Matthew has a very mild personality. He is generally kind and very easy to talk to. In fact, Matthew will talk to anyone and treat them as he would treat himself. He loves to help others out and teach. With an easy smile, he makes friends easy but sometimes struggles to make anything more of a relationship. With a mild personality, he's often mild in every emotion. None of his feelings ever seem to be strong ones. He is working on being a more open person when it comes to showing his emotions, it'll just take some time.

family:
partner: N/A
daughter: Madelyn Jameson(formerly Halls), age 7, Erudite .. Madelyn was orphaned at the young age of 2. Her parents died in a chemistry lab working on bio-engineering solvents. Their cause of death was of accidental asphyxiation when a mixture created a gas. Madelyn is very sweet and endearing. She is very smart for her age and loves Matthew as if he were her true father.
son: N/A
other living relatives or close friends: N/A

History Born in Amity, Matthew had a peaceful upbringing and retains a lot of that nature. But he was different than all the other Amity children. He liked to try and figure out mathematical formulas for everyday things. He figured formulas for ultimate plant growth and plant production. He also played with algorithms and created a few of his own. He thought everything in life could be translated into numbers and solved. With a quick move to Erudite, he passed invitation with flying colors and became a math teacher at the faction school. But there was a problem with trying to solve life. Matthew became a more emotionless person. He forgot how to just let go and let all his feelings out. And he noticed it himself. It could be a case of depression but he doesn't know for sure.
When Matthew was 41 years of age, he was volunteering at an orphanage. A little 4 year old girl by the name of Madelyn stole his heart and he adopted her. She has brought some life back into him but it's still slow goings. It's been a struggle for him to raise her as a single, and very inexperienced, parent, but he likes challenges. Unit to mention the fact he loves Madelyn dearly.

dislikes:
- Very serious people
- Obnoxious people
- Dauntless people who think they're better than everyone else

weaknesses:
- Not showing enough emotion
- Sometimes tries to make life into a formula, solve life on paper
- Not always the best parent

Weapon of Choice: His knowledge

Aptitude test result Abnegation and Erudite
Faction they chose at choosing ceremony: Erudite
divergent: yes
other: One of Matthew's weaknesses was not always being the best parent. It's not that he is mean or anything to Madelyn, it's just that he spoils her more than he probably should and teaches her school stuff at home. He doesn't know the first thing about parenting but does his absolute best.