Mod
add and take away what you need :)Name
Name:
Nickname:
Pronunciation:

Personality: ( at least a paragraph)

History ( at lest two paragraphs)

[ Age ] 21
[ Birthday ] February Sixth
[ Gender ] Female
[ Sexual Orientation ] Demisexual -- what does it matter who she likes, if she can cause trouble with them.
[ Relationship Status ] Single

[ Species ] Faerie
[ Abilities ] Well, aside from not being a tiny little smidge of light, Mizuru has a special aptitude for sound and light. Her focus, as such, is then around things that involve light and sound. She can manipulate and generate sounds and light. She tends to have some serious fun with that, usually in small pranks. 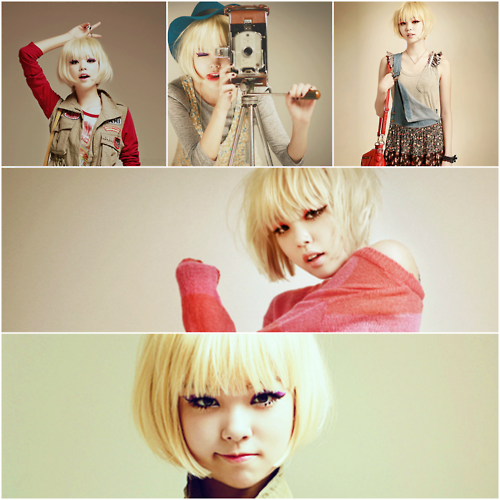 [ Eye Color ] Midnight Blue -- surprise, surprise, but looks can be deceiving. From a distance, it appears that her eyes are brown or black, but no. They're naturally dark blue.
[ Hair Color ] Blonde -- and natural. It's usually in a short bob style, or if she wants to look a little normal, her hair is dyed black or brown and kept at just past shoulder length.
[ Height ] 5'5" -- at least she's not a tiny flying light
[ Vocal Attributes ]
[ Distinguishing Mark(s) ] 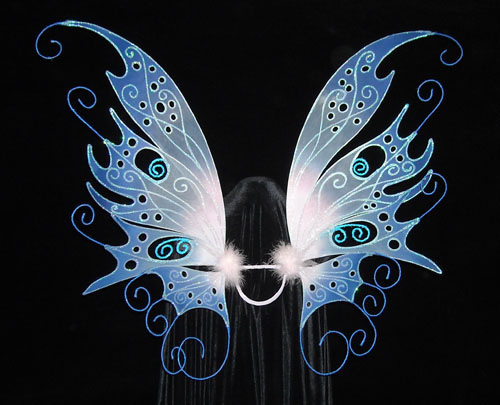 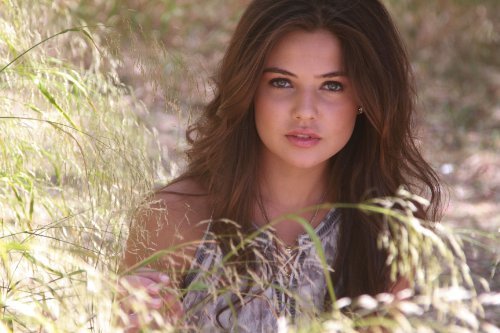 Personality: Ari is timid and shy, but has a temper. If you anger her she can unleash the high winds from every corner of the earth on you. But, despite that she's a quiet girl. She has huge trust issues and abandonment issues. She is broken on the inside and whenever someone starts to notice she closes herself off more than she already has and usually tries to make them go away by either ignoring them or being sarcastic and snippy.

Habits: She tends to play with her hair when she's nervous.
Hobbies: Practicing magic and reading
Likes:
-Reading
-Practicing magic
-Listening to music
-Flying
Fears:
-Being flightless
-Being powerless
-Being alone
Motto: To love is to destroy and to be loved is to be the one destroyed.
Skills:
-Flying
-Wind powers

History: Ari woke up one day when she was 18 years old (she looked 13) and couldn't remember anything. She was in the middle of a meadow with nothing but the clothes on her back and a small ring on her hand that read The winds will guide you, Aurelia. She was found by another faerie who helped her. She soon discovered her air and wind powers and ever since then has spent most of her time developing her magic and seeking her parents.

Family: Unknown
Residency: Everywhere
Religion: None
Accent: American
Belongings: A bag with spare clothing, the ring I mentioned earlier, and a necklace that the faerie who first took her in and taught her, her power gave her. It is a small locket with a strange symbol engraved on the front.

Mod
awesome! i loved dvina in the originals she was my favorite character :3

I haven't seen it yet, but I want to after scrolling through gifs of her for hours XP

Mod
Yea it is a really good show:)

Personality: Iris is a very kind and warm hearted girl, she always looks for the best in people. She is sneaky about things, you can never tell if she lying, but only lies if she truly has too. She loves to read random mystery books and sing to her pet kitten. She can be really mischievous too, she can pull pranks like it's her 2nd nature.

Likes:
~ Singing
~ Pulling pranks
~ Dancing
Dislikes:
~ Annoying people
~ Stereotypes
~ Things that are out of place
Fears:
- Hurting someone
- Guns
- Sharp objects
Motto: Live like its your last day. Never give up on your dreams, keep smiling like you've never been hurt.
Skills:
+ Fairy magic
+ Flying
+ Writing

History: Iris grew up with a loving family, but then something happened, her sister, Abby, got into an accident and died the next week. This was hard on her whole family, ever since then Iris has promised to always be the best person she could be, always helpful and kind. The next year her wings grew in and she went off to fairy school, learning about fair magi band how to fly. Everything she needed to learn. Three years later and she's 16, she found a new home in the fairy realm and travels to other realms to meet new creatures.

Appearance: http://i.huffpost.com/gen/926905/thum...
Complexion: Fair skinned
Hair Color: Black
Hair Length: Shoulder length
Hair Style: She keeps it up a lot
Eye Color: Blue
Body Type: Hourglass figure
Height: 5’5”
Weight: 155 lbs
Apparel: She prefers jeans and a tshirt with a hoodie over it.
Markings/Imperfections: She has a small scar on her left arm from an attack by a vampire when she was young.

Personality: She is quick tempered but also shy because she is still getting used to human emotions and how they are expressed. She has had a hard time getting a grasp on them and recognizing them in others since most of the time fairies do what they want when they want and don’t let much stop them. She tries not to give into her wants as soon as she has them, she is trying to be a better fairy by learning from the humans.
Habits: She bites her lip when she is nervous, which happens a lot.
Hobbies: Reading, playing any type of instrument that she can get her hands on because she is fascinated with music.
Likes: Eating new foods
Disabilities: Her water abilities aren’t as strong as she would like them to be.
Fears: Fire
Motto: Never give in
Skills: She has taken many self defense classes since being in the human world, she knows how to protect herself if need be.

History: She left the fairy realm after an argument with her parents about what she should be doing with her life. They wanted her to be part of the decision that went with governing what happened to the vampires and demons and such if they ever hurt fairies again but all Emi wanted was to do what she felt like and to not have any large responsibilities. She has only been in the human world for about 20 years and has found it hard to fit in at times. There have been close calls where she let her wings slip out, but she was easily able to cover it up with a bit of manipulation. She lives in a populated city and works in a library, reading books when she doesn’t have to do any duties. She finds human writings and music to be fascinating and has studied both things on every occasion that she has gotten. She is of course also interested in the human emotion of love, and won’t openly admit it but she does wish that she could feel it, or something similar. She cannot bring herself yet to believe in the humans God, nor align herself with any religion or political status because she is still so new to them.

Mod
yes she is approved :) 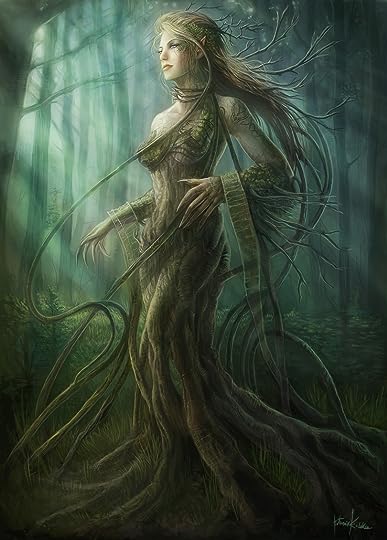 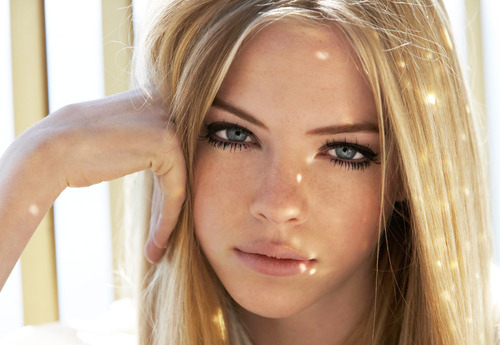 Personality: Leaf is quiet and doesn't like to interact to much, she will though but for a short while. Leave doesn't like other people to feel pain and suffering and will try to stop it, she also kind and generous but most people over look that because of her bluntness. Leave is honest and will give her honest option in every situation, she not afraid to die for someone she loves and will protect the innocent.

History:
Leaf was born a normal human in the human world, she never had any problems and lived a simple and happy life. Until she turn 16 her parents broke up and she ran out of the house crying, she ran into the forest where she smashed head first into some human... Well she thought they were until they tried to suck her blood. Hannah ran for 5 minutes thinking she escape them, but they were by her side after she stopped. Tired she tried to fight them but was to tired. Hannah was going to get bitten when fairies came and saved her killing some vampires, they sent her home safe and sound.

1 year later her and her grandmother (who was a witch) were asleep on the couch when the fire started. Nether of them woke up until Leaf's nightmare made her fall off the couch and onto thef Flames causing her to scream in pain and her grandmother woke up. Hannah was engulf in flames when Grandma was able to put the. Out with a spell, Hanna was close to death holding onto a spitting rope basically. Her grandmother scooped her up and took her to the forest yelling for Mother Nature, M.N did show and her grandmother pleaded to save her Granddaughter's life. She did and Hannah was transformed into a Drayd. She now lives her life in the forest since her mother died. 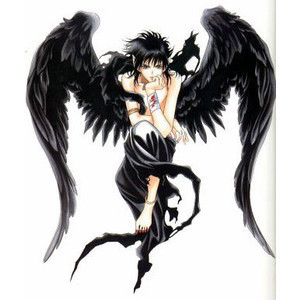 Gender: female
Sexuality: bi
Relationship: no one at moment 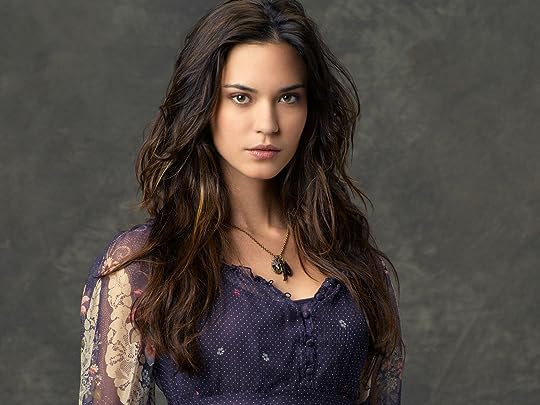 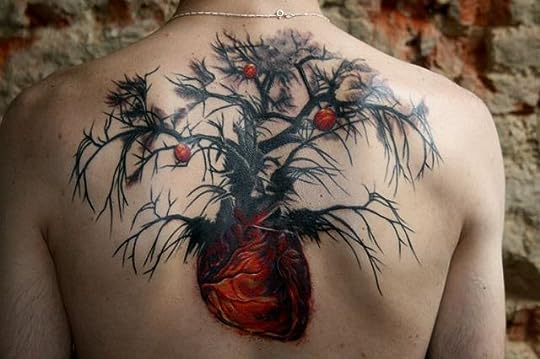 Personality:
Dark and humorous Lexi like to laugh at the worst thing’s. she has no care about killing people and enjoys watching them suffer, she likes to toment people into doing as she wants, she is a sexual desire, her power allows people to be consumed by her dark beauty, and tremble at the need to touch her. Lexi consumed with killing creatures that are not faerie, she hates people and only like’s it when she kills.

lexi being a twin to Ash, the royal family lexi lived in the darkest most feared thing in the world, the unseelie court, beign unseelie princess lexi got what all she ever wanted, people knever dissobaid her.she was a fearsome Fae one of the strongest most crude killing machine. She was the head general for the frozen Fae, in her spare time she would teach combact training to her Team of frozen Fae, instead of being at court. Lexi hate’s the politics within the court and having to deal with the seelie Fae, she hate’s the seelie Fae for the lightness to their souls.
When she wasn’t at court she stole her time to be with Ashton her lover, they had met inside the unseelie , shadow land’s while she was on a hunt, she had mistaken him as prey and shot at him with a arrow, just missing him by inches. She was 130 years old and nieve to the way of love, in 1814 Ashton did something that was unforgivable in her eye’s and fell in love with a woman in the seelie court. Now lexi has been forever since on the hunt, but not only for supernatural creature but for the wicked bitch that stole her man. 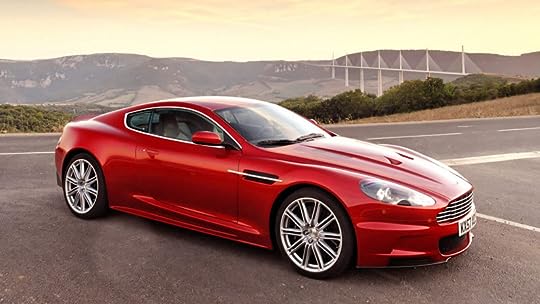