Mod
here for template for vampire, add and take out what you need https://www.goodreads.com/topic/show/...

Tate is a unstable Man, he is physotic evil and manipulative. He loves the feeling of killing. He is violent and caotic. Tate loves the chase, he reacts badly to people. He has hyper violent and hyper sexual behavior. Tate takes what he wants and doesnt care you people get hurt in the process. Tate doesnt understand the word No. He kills for the pleasure and enjoys torturing people. Tate is a monster and he is pompouse about it. So full of himself, tate was once a caring younge man till drogon killed his wife.

but when drogon killed tates wife Melissa, tate turned into a monster, protreying his true nature. Tate defied the god's and made himself immortal, defieing law.
Over the years tate made more of his kind, starting a new breed. Tate vowed vengance against drogon for killing his wife, but till then tate has been known for being in clubs and luring prey out so he can stalk them. like a cat toying with a mouse.

Gender: Male
Sexuality: Straight
Wings: His wings are black and look like angle wings
Appearance: https://encrypted-tbn1.gstatic.com/im...
Personality: Ethan is a nice person most of the time, unless you get him mad, well, get him mad and your in for a bumpy ride. He doesn't like to trust people he doesn't know right off the bat but if you get to know him, he's the best person you've ever met. He can get really protective of his sister, Keely.

History: Ethan and his sister were homeless for most of their lives, the only thing they survived on was the money Ethan was making to feed them. Keely was always reckless and did what ever she wanted, Ethan was always trying to protect her but it was getting harder and harder. Soon they moved to a better place.

Strengths:
+Fighting/self-defense
+Smart
+Has a way with people
Weaknesses:
-Overprotective of sister at points
-He has to 'refuel' his powers
Likes:
~Sleeping
~Eating a lot
~The color red
~Climbing trees
Dislikes:
~Annoying people
~People who like his sister
~Really bright areas
Family: Keely
Relationship Status:
Other: He has an unknown power 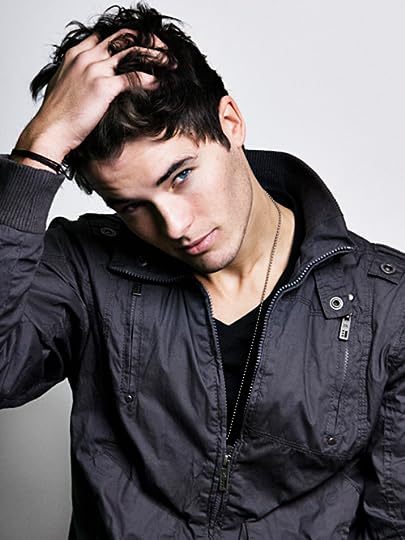 Personality:
-Not one to follow orders
-Aggressive
-Protective
-Cunning
-Skilled fighter
-Not trusting
-Helps those in need
-Intelligent
-Sarcastic
-Arrogant

History:
His parents died in a car accident leaving Ash as the oldest boy to provide for his 3 siblings.He worked odd jobs here and there to make ends meet, which was hard since his older sister Valerie was very sick. One night as he was heading out to work a man offered his a way to help his family, and Ash desperately agreed. And before he knew it the guy had bitten him and turned him into vampire. He knew he couldn't face his family so he left. But he always stops by to check on them and drop of cash.

Mod
yes excellent job on them :)

Personal Traits
Personality: Quite to the point that he hardly ever talks, he is a patient listener, and often times his moods get the better of him.
Hobbies: Painting
Likes: Just about anything. Being as old as he is he had a lot of time to learn a lot of different skills, which he began to teach Mariah
Disabilities: Following anyone’s rules, he doesn’t do well with authority
Fears:
Skills: Plays the paino, guitar, bass, violin, tennis, basketball, baseball, cooking, writing ballroom dancing.
History: Most of his life he spent traveling, never settling down in one place for a long time. He doesn’t want to stay anywhere because he has nothing to hold him there, when he was human he stayed where he was born, but once he was turned he didn’t see the point. He was turned brutally, by a female vampire that wanted nothing more than a minion. Markus fought tooth and nail with that though and his sire left him, and hasn’t tried contacting him since. The first few years of Markus’ life as a vampire were hard, he became what is known as a ripper, living in the bloodlust, well more like drowning in it. Now though he has gotten control of his hunger and doesn’t kill innocent anymore, but sometimes he does kill murders when he is really in the mood.

Mod
i love how you made him the ripper!, id love to see him and tate in action dude they would be best of friends xD

He's not a ripper anymore though :p

Mod
>:) once a ripper always a ripper, tate can bring it back xD