Mod
This is one of those serendipitous moments where all roads seem to point to New Grub Street by George Gissing... 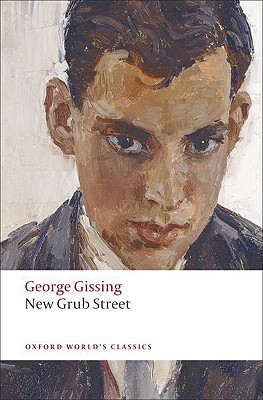 I have been meaning to read New Grub Street for a couple of years now having heard its title evoked in various interesting articles.

The other day I passed a blue plaque for George Gissing and that prompted me to read a bit about his eventful and somewhat troubled life. 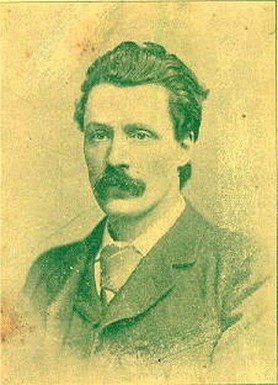 I plan to read it over the next 2-3 months. I will add some thoughts there. Needless to say, I would be delighted to share thoughts and ideas with any fellow Hamiltonians who have read New Grub Street, or perhaps who feel inspired to read or re-read it having read this post.

In New Grub Street, the narrative is set in the literary world with which Gissing himself was intimately familiar; the title refers to the London street that, in the age of Samuel Johnson and Laurence Sterne, was synonymous with hack writing. By the 1890s, Grub Street no longer existed, though hack writing, of course, never goes away, with timeless imperatives. As one character puts it: "Our Grub Street of today is supplied with telegraphic communications, it knows what literary fare is in demand in every part of the world, its inhabitants are men of business, however seedy."

The novel's protagonists are a contrasted pair of writers: thoughtful Edwin Reardon, a shy "literary" novelist with few commercial prospects; and Jasper Milvain, a hard-driving young journalist who treats his writing as the means to an end in a ruthless literary marketplace. "I speak," he says, "only of good, marketable stuff for the world's vulgar." Reardon will die, unfulfilled, in poverty; Milvain will flourish in literary London ("I write for the upper-middle-class of intellect, the people who like to feel that what they are reading has some special cleverness"), navigate a complicated love life, and eventually marry Reardon's widow, Amy.

New Grub Street is Victorian in its realist depiction of a society in transition, but modern in the way it harks forward to the imminent new century with its portrait of the artist as an existential character making his solitary way in the world. The hero of Jude the Obscure, the next novel in this series, Jude Fawley, a working-class boy who dreams of becoming an Oxford scholar, is Reardon's West Country equivalent.

And, according to the article...

This has been on my radar for a few years now but, for whatever reason, I've never taken the plunge. Will be very curious to hear how you go with it!

Mod
I am finally reading this book and it's everything I hope for. Really wonderful stuff. Another London classic and the themes are amazingly contemporary given the book was written in 1891.

I tried, but had no choice but to abandon it. Maybe it was the wrong book at the wrong time, but I remember finding it over-written and meandering, to the point where I was constantly losing my focus.

Not so with The Lost Europeans, which I started reading last night and am absolutely loving!


I am relieved that you are loving The Lost Europeans though. A book I am much more personally invested in. I always fear my enthusiasm may sometimes cloud my critical faculties however it is my book of the year. No question. A superb novel.

Mod
George Orwell said that George Gissing was "perhaps the best novelist England has produced". Orwell identified New Grub Street, along with The Odd Women and Demos: A Story of English Socialism as Gissing's "real masterpieces". Orwell, as an impoverished writer, would doubtless have identified with New Grub Street which discusses the connection between literature and commerce in late-Victorian London.

New Grub Street was not a physical place, but an allusion to the original, 18th century Grub Street which was once a real street in the Cripplegate (now the Barbican) area of London, and in New Grub Street is a metaphor for a life of literary penury.

The main protagonists are a pair of writers: Edwin Reardon, a novelist reluctant to compromise on his art, and Jasper Milvain, a hard working hack journalist who perceives his writing as an end to accumulating money. Milvain is open about his desire for wealth and status, whilst Reardon endlessly frets about the quality of his work and recoils against Milvain's ideas to more readily sell his written output. The plot examines how these two approaches impact on the friends and families of the two writers.

Anyone hoping for a happy ending should look elsewhere, and the story was clearly borne of personal experience. Given Gissing’s downbeat opinion of London's publishing industry, it is no surprise that it is the unscrupulous characters who ultimately prosper. I thought it was a great plot and credibly captured a society in transition. I look forward to reading more of George Gissing's work.