The Pen Is Mightier Than The Sword discussion

I'm giving away free copies for anyone interested in reading Poisoned Waters in exchange for an honest review. It's my new mystery/suspense/thriller novel. The novel isn't too long, it clocks in at roughly 65 thousand words. Email me on ermisenda@live.com or leave a message below. :)

I have Kindle, ePub, & PDF formats.

Helen Gardener is murdered on a trans-Atlantic cruise. The Diamond Royale sails from Southampton to New York with her murderer aboard. Set in the 1950s, Poisoned Waters follows the stories of seven unfortunate characters and how they are affected by her death. Was it merely an accident? Mr Phillips, the owner of the ship, and sponsor of the cruise, rules with an iron fist, in search of something or someone.

Lies spiral out of control as the suspects try to survive the final days on board. Conflicted by their sense of morals, greed, and lust, they realise what kind of people they really are. Who will rise? Who will fall? Who was Helen's murderer? 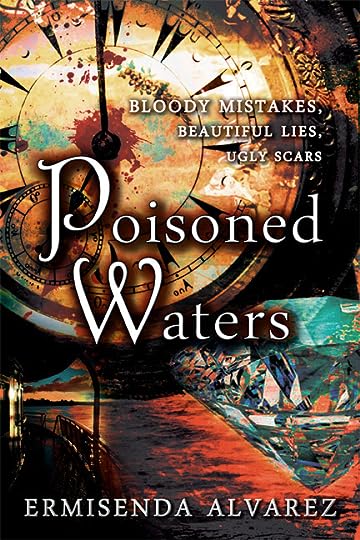 The Pen Is Mightier Than The Sword