Mod
Some thought that he was driven to madness; others speculated that he had a broken heart; few knew the truth.

Aaron Joel Zachariah knew that something was different about him from the first breath he took on this Earth in that hospital in Sydney, Australia. At that time, he could have never imagined how extraordinary he truly was. Adults that made his acquaintance when he was a child were always... alarmed. Most urged their blissfully ignorant kids to stay away from his for no reason other than the queasy feeling they got in their gut when they were around him, so he grew up basically friendless. You see, he was different; he was disturbed.

Aaron had magnified senses. He could hear, see, smell, taste, and feel things other people couldn't. People have romanticized having superpowers in their little, cute stories, but the truth is, it sucks. When Aaron was 17, he stood on the edge of a cliff that had a long drop into the ocean with the intent to end his life. Maybe then everything would go silent, and he wouldn't be tortured by this world anymore. That was when an old man walked out and asked, "Can I help you in some way?" Aaron started talking to the man, the first person that hadn't run away from him, and eventually, he walked away from the edge and decided to do something with his life.

He moved to America and found other people, albeit a very small number, that were like him. Most that he met only had one magnified sense, and only a couple had two. None ever had all five like he did, but almost all of the people he met with an enhanced sense(s) were confused and hopeless. He made it his life's goal to help people like him. So, he went about in making a state of the art school to help them learn in an environment that also helped them deal with their 'differences.' Aaron sends out full ride scholarships out to people with magnified senses to his school, and they don't find out its true purpose until they arrive there. Welcome to the Zachariah Institute located on the Ocean in Florida.

*This idea is purely original and thought up by me (Za-Za). Some inspiration was this true story: 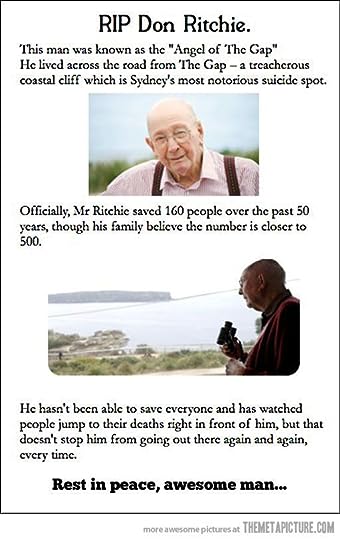 Mod
Additional Information About the School:


~This is a high school/college.
~Student's ages are anywhere from 14-22 with a rare exception (ex. a young genius that skipped a grade or grades, or someone that has been held back).
~All students live on campus.
~Most students only have one specialized sense, but it is not completely rare for them to have two. Very few pupils (only up to five) can have all five senses magnified.
~They take all of the regular classes like any other high school/college, but there is one extra class for their magnified sense that they take to learn new things and how to handle/control it.