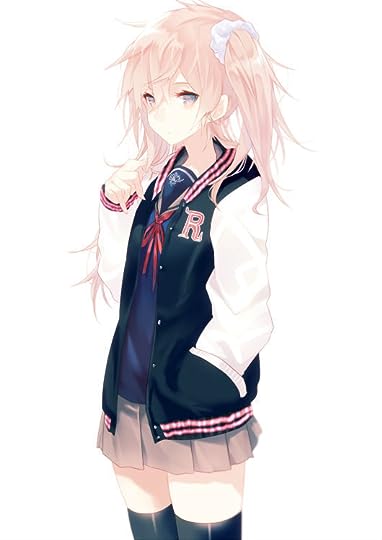 Relationship Status: Single
Personality: She's kind, generous and sweet. She's often invisible to most, especially when she doesn't want to be seen. She can slip in and out of people's lives as if she was just passing through,
History: She grew up in an orphanage owned by the government when she was younger. One day, at her school, people from many different jobs came in. None of the jobs they were offering her seemed remotely interesting to her, until she found some men who worked for the government. At first they didn't see her looking at the table from afar. As the day came to an end, and they were getting ready to leave, she had followed the two spies to a car, and snuck in the trunk. Next thing she knew, she was at a government building full of spies. She looked around until one of the Spies, that had came to their school as "Politicians", had saw her and asked her how she got there and where she came from. She explained how she got there and the spy was completely bewildered when she told them that she was just an ordinary orphan. After a while, she decided she wanted to be a spy, so she trained. She's not an actual spy yet, just a spy-in-training.
Likes:
-Animals
-Sweets
-Being invisible
Dislikes:
-Bitter things
Other: She had went to an all girl school before she became a spy-in-training.
There are many different spies, for example honeypots. Misaki is a Pavement artist.

kyung lived with his happy family in south korea until he was eleven, when they moved to america to escape political tensions. he was practicing parkour and an agent was watching and recruited him.
- he had a younger brother who died from a strange case of AIDS when he was four.

Name: Tierno Corazio
Nickname: Tender
Age: 16
Gender: Male
Sexuality: Asexual
Appearance: He has short brown hair, white t-shirt with a red heart, brown jeans, and soft pink slippers.
Relationship Status: Single
Personality: Tender, Confident, Good
History: He is a very tender person. when he was young he would always warm up to people. People represented him as a father, or big brother. He has a niece who he always looks after.
Likes: Tenderness
Dislikes: Callousness
Other:
Family:
Niece: Maravilla
Unnamed Parents, Aunt and Uncle