Name: Jonathon Cole
Nickname: Sherlock Cole, Jon
Age: 27
Gender: Male
Sexuality: Heterosexual
Relationship Status: Single
Appearance:
https://www.dreamstime.com/stock-phot...
Personality: Jon is a quiet, observant person. He doesn't much care for other people, and doesn't like it when they get in his way. He's been known to blow a gasket when a crime scene is tampered with, and for getting rid of police officers with nothing to offer. His skills in observation make it easy for him to get annoying cops to leave. For example, a corpse is found in a tub that has been drained of water by police officials "Out of respect for the body." THere is a white film on the edge of the tub. "This looks like a smelling salt. It would be is a well-ventilated cabinet or up high, where it stays dry." The cops leave to find said salt, leaving Jon free to perform his investigation.
History: Jon grew up as a kid with a mean streak. He made only decent enough grades to pass, and got in trouble a lot with teachers and faculty for knowing things they thought he shouldn't. He wasn't afraid to blackmail them when they tried to expell him for the fights he got into, and generally got away with whatever he did until high school, when people stopped harassing him he outgrew his habit of being in the know. His contacts came in handy when he later became a detective, however.
Likes: Bacon, sweet iced tea with honey, sleeping late, getting crap done
Dislikes: Criminals, cops, unsweetened tea, coffee 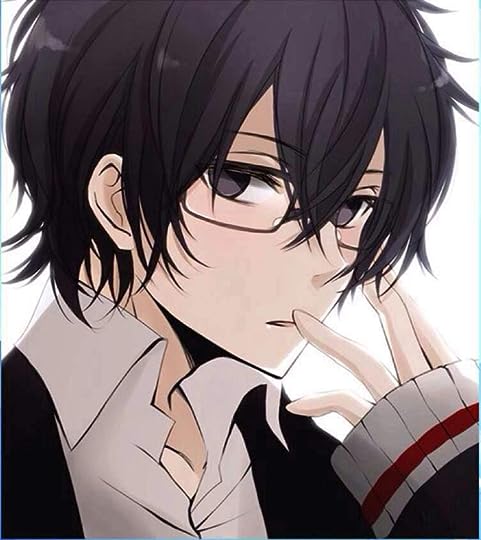 Relationship Status: Single
Personality: He's kind, generous, and sweet. He's a curious boy, who would get in trouble a lot whenever he had a mystery of some kind that he just really wanted to solve.
History: His mother died when he was about 2. She was a Detective officer and happened to get into a really bad case, which led to her getting murder. So he lived with his father, who was also a detective, so naturally he grew an interest for mysteries. The case his mother had taken before she died still hasn't been solved has, naturally, been one of his greatest interest.
Likes:
-Mysteries
-Cute things
-SHERLOCK HOLMES (His Role model.)
-Sweets
Dislikes:
-Killers
-Bitter things
Other: he Hopes to be the next Sherlock Holmes

He and Jon are probably gonna get along very well. Accepted. 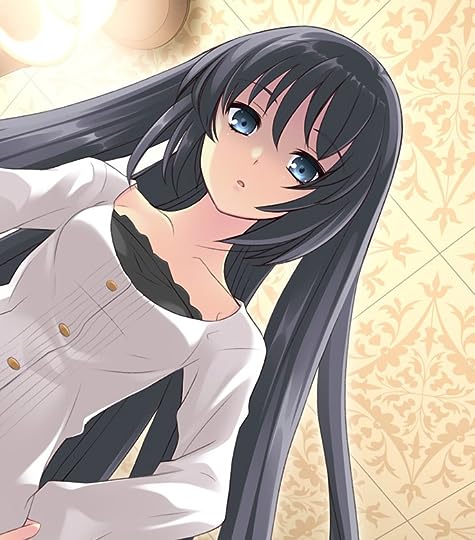 Personality: She's quiet and mysterious. She's very caring and will always take her younger sister with her, even if it's to a crime scene. She teaches her younger sister, even when in the middle of a case, which she says is the best opportunity for someone who wants to become a detective. She has decided to make her sister her Apprentice.

History: She grew up with her father and mother in a small home, in a place where a lot of crime goes on. When she was 5, she found out who Sherlock Holmes was and that she was one of his descendants. After she read and heard so many stories, she eventually grew a love for solving mysteries. By the time she was 10, she was solving mysteries in her town left and right. She eventually became a detective at the age of 16. She always kept her grades up in school and often loved a puzzle. At first she was known as some Eager Rookie detective. But eventually, someone read her file and let it spill that she was a descendant of Sherlock Holmes. After that, people expected so much from her, that she couldn't handle it. Eventually, her mother told her that they were moving when Aria had turned 17. A month after they had moved to a more secure place, with less crime, her mother announced that she was pregnant and that she were SUPPOSED to give birth to a baby next month. However, the baby came early, and was born premature. Aria's mother died after giving birth to the baby, and the baby nearly died as well. Aria protected the baby and raised her, for her father had ran off after her mother died, claiming he couldn't take care of a baby alone. She eventually started taking cases again after her sister turned 3. She had no choice but to take her little sister on crime cases though, for she had no one she trusted to take care of her little sister. She keeps her identity as Sherlock's descendant a secret from most, other than her sister of course.
Likes:
-Sweets
-Her little sister
-Cute things
-Animals
-Mysteries
-The colors black and white.
Dislikes:
-Bitter things
-Anyone who tries to hurt her sister
Other: Her sister is now 6 years old. 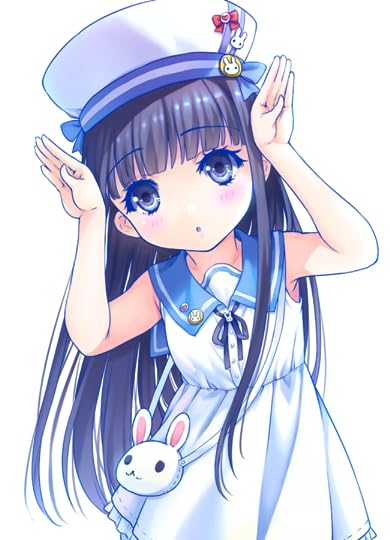 Personality: She's quiet, and very shy. She's curious and often would get in trouble with the grown-ups. She's very innocent, and has a thirst for knowledge.

History: Mizu was born premature and her mother died giving birth to her. Her father ran away, claiming he couldn't take care of a baby by himself, forgetting about his other daughter. So as you can tell, she didn't have the best start at life. Her elder sister took care of her and raised her. When Mizu learned her sister was a detective she idolized her. Mizu has always been a fan of mysteries ever since she was 1. Mizu did not learn to walk until a month before her 3rd birthday. When she was about 4, she had been on plenty of cases with her elder sister. She hadn't really spoken at all since she was born, not that she couldn't, she just had nothing to say. She was more of an observer than a talker. Eventually, her sister took a murder case. Mizuki tagged along. After about 2 months, the case still hadn't been solved until one day Mizuki walked up to one of the detectives that were helping her sister on the case and pointed at him. She then said her first words, "He's guilty." None of the police there believed her, but her sister was the only one who even attempted to even let her explain. So she asked her how did she know, despite her being completely surprised that she spoke. Mizuki explained the info she had gathered on the man and the victim after much observation. After much consideration of the facts she had stated, they started to question the man. He soon gave in and admitted to killing her. He was soon arrested afterwards. Mizuki's older sister decided to make Mizu her assistant. Of course Mizu had to explain how long she's knew how to talk, and why she had not said anything until then first.
Likes:
-Sweets
-Cute things
-Bunnies
-Mysteries
-The color blue and white
-Easter
-Music
Dislikes:
-Bitter things
Other: Her elder sister is Aria

Quotes:
"Mystery creates wonder and wonder is the basis of Human's desire to understand."
"Words are like swords.... If you use them the wrong way they can turn into ugly weapons."
"I'm not some little girl. I'm a private detective's Assistant."
"In eternity, where there is no time, nothing can grow. Nothing can become, nothing changes. So.. Death created time to grow things that it would kill."
"Humans are the most violent animal on this planet, and they're all capable of enormous levels of violence, one is to only be given proper motivation."

Aria, one of my favorite characters from the Inheritance Cycle. Both accepted

I got the name from Aria Scarlet Ammo. Which is what she's mainly based off of. Except for being the princess of England thing.