Mod
Worst: Beautiful Creatures was an awful movie!!!
Best: The Fault In Our Stars was amazingly perfect in every way(:

Hmm generally I find that I prefer book-to-movie adaptations if I try to forget the book that it was based off. For example, I really believe I would have enjoyed Beautiful Creatures (movie) if I had not first read the book.

LittleMissBookworm(lauren) wrote: "@ Sabrina I still haven't watch the mortal instruments movie yet but I heard it was bad"

Ehh matter of opinion I suppose. And again, how much you think it is going to be like the book. If you think of them as separate, it might be okay :)

LittleMissBookworm(lauren) wrote: "Some movie are good movies but don't stick to the book"

LittleMissBookworm(lauren) wrote: "Like divergent was a good movie but it could've stuck to the book better"

Definitely! I really enjoyed the movie, but there was so much that was left out or not done as fully as it was in the book, if you know what I mean? Like the ferris wheel scene was cut pretty short, and you don't even know about (view spoiler)[ Peter and Al being the ones that attacked Tris (hide spoiler)]

Sabrina wrote: "LittleMissBookworm(lauren) wrote: "Like divergent was a good movie but it could've stuck to the book better"

Definitely! I really enjoyed the movie, but there was so much that was left out or not ..."

I really wish they hadn't changed Peter into a (view spoiler)[jerk/bully, rather than psycho like he is in the book. His onscreen portrayal lost its kick with that change. (hide spoiler)] I also wish they hadn't had the opening narration - or had changed it.

Sabrina wrote: "Hmm generally I find that I prefer book-to-movie adaptations if I try to forget the book that it was based off. For example, I really believe I would have enjoyed Beautiful Creatures (movie) if I ..."

As for The Mortal Instruments, I think they got some things right. I liked the cast individually. They've got some really great people in the movie, but as the characters some just felt off seeing onscreen. I liked Robert Sheehan in Misfits so I was pleased to see him cast & I think he got Simon exactly right in the movie. As for Jamie Campbell Bower I wasn't too familiar with him aside from Sweeney Todd and that cameo in Harry Potter, but I think as Jace he didn't quite have the look or the act. There were only a few spots where I could say, "Yes, that's definitely Jace." I was really interested in what they would do with Magnus - but the actor portraying the character felt incredibly flat and wooden on screen - the complete opposite of the character. I was also really pleased to see Aidan Turner cast as Luke because he was awesome in Being Human and he's a pretty good Kili in The Hobbit. I'd say he was pretty good in the movie, but he just seemed too young. I mean, he's much closer in age to the actors playing Clary, Jace, Alec, Isabelle, and Simon. And poor Alec really got the short end of the stick in the movie.

I saw it with someone unfamiliar with the book and they were kind of on the confused side after. If I wasn't already familiar with the book, I think I would have been too. And then changing the ending...I don't understand why they would do that especially if they're going ahead with the sequel. Either way, they'll have a lot of ground to make up for it.

Lauren wrote: "Sabrina wrote: "LittleMissBookworm(lauren) wrote: "Like divergent was a good movie but it could've stuck to the book better"

Definitely! I really enjoyed the movie, but there was so much that was ..."

Lauren wrote: "Sabrina wrote: "Hmm generally I find that I prefer book-to-movie adaptations if I try to forget the book that it was based off. For example, I really believe I would have enjoyed Beautiful Creatur..."

I loved Robert Sheehan as Simon too, and Jamie Campbell Bower... well I was willing to give him a chance even though I didn't think he had the appearance to be Jace but I agree that there were only a few moments where he really captured the character. I also agree with what you say about Magnus. I don't know if it was his voice, his lines or just the acting...
Yeah it was unfortunate about Alec.

Hmm yeah that's true too. I hope that they do make a sequel - and make it better!

I have to agree with many of you...
Best:Harry Potter
Worst: Percy Jackson (especially the casting)

I haven't seen The Mortal Instruments, and after these comments, I have even less desire to.

Alba: I have also not seen Mortal Instruments yet, and that's probably why it isn't on my list either. I'll see it anyway though, because I'm that kind of person.

Best: There's no such thing xD

^^ Sorry that was really negative...

^^ Sorry that was really negative..."

Haha I can agree with that for the most part!

You're right there's no such thing as a perfect adaptation, but my standards are good acting, pretty faithful plot, actors that fit the characters, and just a well-made movie. Not that I don't watch the bad adaptations too...haha

^^ Sorry that was really negative..."

Haha I can agree with that for the most part!"

I seriously couldn't think of anything xD

reply | flag
message 28: by [deleted user] (new)
Jul 30, 2014 08:07AM
I do always criticize the movies while I'm watching them but for the most part I applaud the movies for getting most of the goods In a 2 hour time slot..but it's the movies like My Sister's Keeper that take everything you read and destroy the ending...I watched the movie then read the book..but I was so mad that they would do that to the book..yes the ending of the book was terrible but you can't make a movie with the same name as the book and just ruin it..it was the worst thing I'd ever seen..sorry I'm ranting but it made me so mad that they completely dissected the ending and rewrote a new one..

Mod
Beastly was okay. It didn't exactly follow the book but it wasn't completely horrible

Divergent didn't follow the book very well but I feel like it was still good for a movie.

LittleMissBookworm(lauren) wrote: "They should just make books into 17hr films"

I agree with you there xD

Best: Lord of the rings

Mod
I love the lord of the rings

Yes,it was very similar to the book.

Also the Twilight movies are fairly bad I must say haha

I forgot all about Beautiful Creatures, and Vampire Academy was pretty bad also. 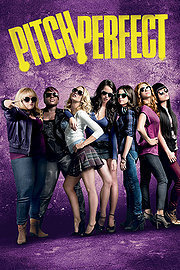 best: harry potter has been super awesome, tfios was great, and the hunger games movies have been real good.
worst: city of bones, I actually walked out of the movie theaters. this was the worst part for me... when they said Bach was a shadow hunter... I was like , OK, that was cheesy and dumb, wow. lol

*groan*Uhhhhhhhh!!!!*pouts* WORST: I absolutely HATED The beautiful Creatures Movie - Ethan wasn't even hot! Even though Ethan wasn't hot, I would have expected Lincoln to be hot at least!*frustratedly screaming in a pillow*

The Hunger Games Catching Fire as well as If I Stay, The Avengers and lots of others......XDD

Best: The outsiders, it was incredibly accurate, and amazingly acted.

Worst: The mortal instruments, while it was a good movie and if I had seen it before I read the book then i would like the movie. But I found it so different from the book that I thinkits has to be the worst book to movie ever

I still haven't seen the movie. Probably because I nearly went into a state of depression once seeing who they had casted for Jace. Ugh awful choice!