Same here. So, how is this going to work?

Well that only had two guys in it, we'd need to find the way to add in the third one. Which shouldn't be too hard. And yeah, I didn't specify what they were besides Guy A. (And that can be easily changed)

I already claimed guy A. But we need to find a way to add the third person.

Well, do you have any ideas that you'd like to do? Were still in the making process. And anything will get us along. Plus I don't want to leave you out.

I can't right now. It's on the gay request piece.

Yeah, that could work. One out of the relationship should be the best friend. So what if she's with guy B, and they're going out, guy A being friends with both but better with the guy? Then the conflict happens.

Sweet, so how do we start this?

I've been on here for two years and I forgot. Shame on me.

Anyways, who wants to start? I have my character already made, I'll have to post him in a bit with a few alterations to his original. :) He's descriptive, but not over the top. o.o So yup.

Alright, I shall wait for it. And I'll put up mine soon.

Personality: He's a very expressive boy who likes to talk and to show off what he can do. He loves to have fun and is often doing stupid things, sometimes almost putting himself in danger. For instance, if someone told him to try and ride a skateboard down a ramp that was completely torn to shreds, he'd probably do it. Even with this type of personality, he is very quiet when there are loud noises around him or when he meets new people. He doesn't like to meet new people because of how many secrets and he thinks his life is 1. Boring, or too sappy for them. He's always afraid of people getting mad at him and then abandoning him. Or just abandoning him. He's a very happy person even though he does get pretty worried about things.
Trait 1: Risk taker
Trait 2: Timid/shy
Trait 3: Uke
Trait 4: Fun loving
Trait 5: Quiet
Trait 6: Crazy 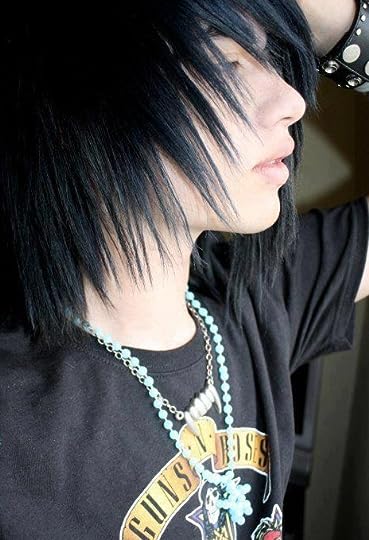 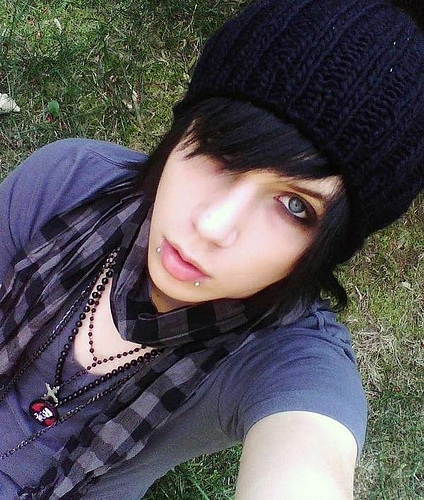 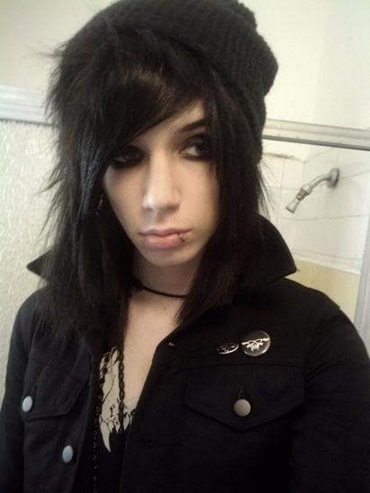 (hide spoiler)]
Height:5'9"
Hair color: Black with blue highlights
Skin Color: Pale, but a healthier pail.
Eyes: Blue grey
Body Type: Skinny and small. He has a bit of muscles, but is pretty weak.
Pitch of Voice: (view spoiler)[https://www.youtube.com/watch?v=-urWd... (hide spoiler)]
Distinguishing Marks: He has scars on his legs and his left wrist. They're starting to fade though. Well, some of the ones on his arms.

Weakness(es) He's smallish, not very strong, quiet, skinny, and has a bit of problems with his emotions.

Strength(s): He can belt it out, his voice being perfect for some whiny sounding music (style of music, not saying that the songs themselves are whiny.))

Biography/History: His mother and father were never married, more like a one night stand. His father didn't really want to believe that he was his son, but had to take responsibility. So they get child support, even though his father abandoned him. Once Zeke figured out that he was gay, his mother wasn't sure how to deal with it at first but ended up being okay with it, knowing she would support the boy. So she did.

Zeke suffers with depression and self harm.

Goals: Though he's a great singer, he wishes to become a character designer for cartoons and maybe even a fashion designer for movies.

Other: He is bi, and does self harm, which he has been doing a good job at hiding it.