A riveting story of ambition and infidelity and a woman who was way ahed of her time! The Secret Life of Mrs. London captures the fateful meeting of the Houdinis and Londons, the most remarkable couples of their time.

Jack London, the most popular author in America, and Houdini, a world-renown escape artist, have reached the pinnacles of their careers in 1915. While their wives, Charmian London and Bess Houdini are opposites, they bond through their trials with the over-sized egos of their famous husbands. Free Love, blinding fame, tenuous success, and the Great War threaten them. The couples struggle to hold onto their marriages through the challenges, eventually succumbing to the lure of another’s arms … until one of them takes a stand … alone.

This book has been nomiated nominated for the Center for Fiction First Novel Award. This annual award was created in 2006 to honor the best first novel of the year. The shortlist for the award will be announced in September 2018 and the prize will be given in December. 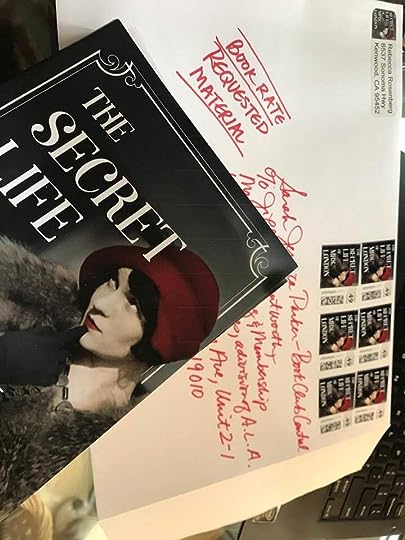 This book sounds like something I will enjoy! Good luck with the book club xx

Pattie wrote: "This book sounds like something I will enjoy! Good luck with the book club xx"
Thanks, Pattie!

Sounds likes something I would try. Jack London was a terrific writer. And Houdini was a lunatic.