Anyone? I was thinking about doing an idea about a crashed plane or boat, either on an island or a deserted part of the wilderness somewhere. Below are my requirements (:

*I need 1-2 paragraphs per post, no 1 liners!
*This RP can be MxM, MxF, FxF or not a romance at all, could be more of a friendship one between two survivors.
*I can play the female or male character as well as the submissive or dominant character however I do like to keep an somewhat equal balance of the genders I play. So if I haven't gotten a chance to play a particular gender or role for a while, I may push to play those characters.
*Someone who is fairly active would be nice, I understand, we all have lives, however if you do loose interest in the RP, please just tell me. I'll understand.
*I need someone who isn't easily disturbed or triggered by mature content such as mental illness, violence, rape, self harm, suicide and sex scenes. (my RPs very often include these sort of themes)

Awesome. So, did you want this one to be a MxM, MxF, FxF or a friendship RP?

A friendship RP is just a non-romantic RP, so the crash could have two people who survived and who make it together, but just don't fall for one another and remain friends. Does that make sense?

Alright, I haven't done a girl for a while, so I suppose I'll be one too (: I'll post my character when I get home.

Sorry!! I was gone for a while!! And as long as you have an age, name and appearance (either a picture or a description) I'll be fine with it :3 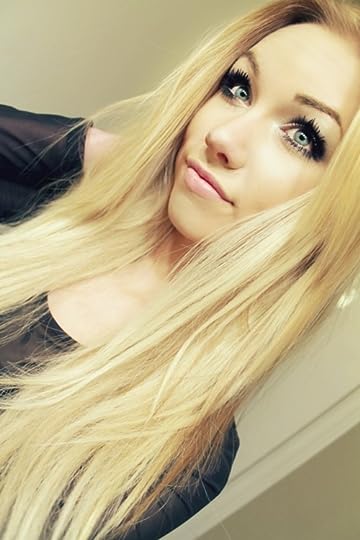 Scars? She has a large one on her stomach from an accident she was in, another on her neck that goes completely across it from ear to ear.
Freckles? Small ones across her nose.
Distinctive Markings? None.
Birth Marks? She has one on her ear that is small and looks like a freckle.

Do you wanna start before or after the crash?

Alright, and should the plane crash into an island or just a remote part of some place?

Okie dookie. I'll start us off then (:

Rakshasa frowned as she tried her best to get to her seat, since the plane was close to taking off. It was just annoying trying to get around everyone who was doing their best to be the biggest annoyance in the world, jamming their bags into the compartments above them. There was a reason it was suppose to be a carry on bag, not your actual bag, though people seemed to never understand this.

She finally managed to squeeze through everyone and get to her seat, flopping down in it and letting out a heavy sigh. Finally. She took her own backpack off and got out her iPod and headphones as well as her book, sticking her bag just on the floor behind her legs so she could hold it in place without fear of it sliding around the plane.

(( Do these two know one another already? I was thinking about them not and just have them being the two survivors of it. ))

(( Yeah that's good, sorry I didn't get a notification when you posted the first two! ): ))

Rakshasa sighed a bit as she sat there, not crazy about flying, but she had done it enough that she was use to it by now. She was just trying to go back home from her little vacation over here France. It had been fun with her little group of friends, all of which were scattered throughout the plane at different seats, but it was time to go back to normal.

She put her earbuds in as the plane started to take off, fine with it since, as mentioned, she was use to it by now. She just chose a song she enjoyed and started listening to a song that she enjoyed, finding her spot in the book she had been reading.

Rakshasa had been trying to loose herself in her music and book when the pilot started talking to them. She didn't exactly wanna listen to him, but she didn't have much of a choice. She just heard the same things whenever she went on a flight so it got kinda annoying. However, she did take out her earphones and just started at the back of the seat that was behind her as she listened.

Rakshasa waited until all the talking from the pilot was finished before she put her earbuds back in. She only glanced up slightly when the plane was taking off, it not really making her that nervous. It just felt a little weird. But before she knew it, it was high up in the air and going towards their destination.

Rakshasa didn't think too much of the turbulence, that was pretty normal and she just kept on reading and listing to her music. It was when it started falling down more that she started to get worried. Pulling off her earphones she looked around, knowing she should only be really concerned if the oxygen masks popped out. That meant the plane was going down and it wasn't gonna be able to get back up.

Rakshasa did freak start to freak out when the oxygen masks were dropped down and she held it close to her face, tears rolling down her cheeks. It was hard to hear everything over the sound of other people screaming all around her, but a sudden snap made the plane vibrate. Before she could process what was happening, the plane broke into two, the half that she happened to be on starting to fall down towards the water below while the other half continued towards the island. Rakshasa was aware of everything that was going on for a while, she was right near the start of where it snapped into two. About halfway down, her seat belt came undone and it was then that she passed out, only to be bolted awake quickly when it felt like she got hit by a truck as she fell into the water below her. The rest was....kinda a blur.

In the time that Hanna was asleep, Rakshasa had been on a bit of an adventure. Having fallen into the water, she actually managed to survive it. She did not, however, see anyone else come up to the surface. Not really knowing what else to do, she just started swimming in the direction the other half of the plane went, remembering seeing an island before it crashed. The water was cold as hell, but she was at least a decent swimmer. It took a while, and a few scares that she was gonna be eaten by something large and with thousands of teeth, before she got close enough to the island to see the other half of the crashed plane. She hoped that least one person was still alive from it.

Rakshasa had made it to the island and started wandering around a bit, figuring if there were any survivors, they would have move away from the crash by now. As she was trudging along the other side of a river she came to, she turned quickly when she saw another girl, the same girl who was a few rows ahead of her on the plane.

Rakshasa was a little surprised when the girl suddenly sprinted over to her, not expecting it but also, she shouldn't honestly been that surprised. She had probably though everyone was dead after all. A drop of water fell from her hair and went down her face, the "tear" that Hanna must have seen. She was still pretty wet after all.
"No one else made it out with you?" she asked the girl as she was hugged, not really hugging back, but she did put her hands on his waist a bit.

"Well my part of the plane did go into the water," Rakshasa said, wincing when she suddenly yelled in her ear. She took a few steps back from the girl and watched as she started back towards the plane, biting her lips."Wait....The bodies of all those people are gonna be in there....do you think it's a good idea to, you know...." She was freaked out my dead things, even dead squirrels and stuff on the side of roads. Seeing dozens of dead bodies? Nightmare for her.

Rakshasa looked at her when she offered to go and look at it and she bit her lip.
"It's probably best to stay close to the plane, right? I'll....look around the wreck and see if there's anything we can use while you go in and find some things. My carry on won't be in this section cause it's, you know, in the ocean," she said as she started walking back the way she had come.