Mod
This is the Glossary thread for Hillbilly Elegy.

Mod
Seeing Appalachia Through the Eyes of Appalachians
Several new media projects are re-envisioning a region long stereotyped as backward and ignorant.
By Layne Amerikaner JUNE 25, 2016

Mod
War on Poverty: Portraits From an Appalachian Battleground, 1964

Mod
J.D Vance, Best-Selling Author Opens Up About His Painful Childhood And The Future Ahead | NBC News

I hope this is okay to share here. I loved this piece that Diane Sawyer had put together to show what it's like to be young in Appalachia and shows at the end a bit of promise.

Mod
This is exactly the thread to place it on. Thank you Elin.

Mod
Here is the author - TED - your thoughts:

J.D. Vance grew up in a small, poor city in the Rust Belt of southern Ohio, where he had a front-row seat to many of the social ills plaguing America: a heroin epidemic, failing schools, families torn apart by divorce and sometimes violence.

In a searching talk that will echo throughout the country's working-class towns, the author details what the loss of the American Dream feels like and raises an important question that everyone from community leaders to policy makers needs to ask: How can we help kids from America's forgotten places break free from hopelessness and live better lives?

TEDTalks is a daily video podcast of the best talks and performances from the TED Conference, where the world's leading thinkers and doers give the talk of their lives in 18 minutes (or less). Look for talks on Technology, Entertainment and Design -- plus science, business, global issues, the arts and much more.
Find closed captions and translated subtitles in many languages at http://www.ted.com/translate

How can we help kids from America's forgotten places break free from hopelessness and live better lives?

ERIN -- Your link doesn't work for me, so I might be posting the exact same video as you without knowing- if so, I am super sorry!

Diane Sawyer (the news anchor) is FROM Kentucky, so she did a 3 part series on "The Children of the Mountains: Hidden America" which is a FANTASTIC portrayal of the area. It is as if she were told to 'try to find and film an area like the one JD Vance speaks of'!

Also, I am from a similar area myself. Around here, we say that we "live in the Appalachian Mountains", but the CANADIAN section of those hills, of course. This Diane Sawyer series? It is as if she were driving along "the back roads" of my hometown area! These videos and THIS BOOK really hit home for me. To this day, my parents live "Up on Black Cape Hill" and their street is stilla dirt/gravel road, just like when I was young. We cannot see our nearest neighbors, due to distance and the amount of forested land between all FIVE houses in our 'neighborhood'! ---Jen from Quebec :0)


"A HIDDEN AMERICA- CHILDREN OF THE MOUNTAINS- Part 1":


"A HIDDEN AMERICA, CHILDREN OF THE MOUNTAINS", Part 2:


"A HIDDEN AMERICA, CHILDREN OF THE MOUNTAINS", Part 3:

Also- the way the Americans in these videos SAY the word "Appalachia" drives me NUTS! Of course, where I live, we have a French accent to most words, and perhaps WE'RE the ones "saying it funny"....! --Jen from Quebec :0)

Mod
Thank you Jen - I too just realized that Elin's link did not work - I surmise she was talking about this series. A good one overall.

Jennifer Lynn wrote: "ERIN -- Your link doesn't work for me, so I might be posting the exact same video as you without knowing- if so, I am super sorry!

Same series. Thanks for posting it when my link wouldn't work! I'm glad it's getting out there. Bookmarking all of these links as I go along.

Mod
Tanya had a comment on the book as a whole - this is a spoiler and I am placing it in spoiler html even on the glossary:

Book as a Whole:
(view spoiler)[ Hi there. I’m new to the group, so I hope my comment here isn’t impromptu.
I finished this book yesterday. It was good.
I think it would be dangerous to take this as a stand-alone example of ‘Hillbilly living’ and I would ascribe it more to a personal account of J.D’s upbringing which, as he says himself, had good, great and bad moments reminiscent of most people and families the world over.

It was fascinating to read and understand his journey from adolescence to adulthood, living in the area he did, but apart from explaining that the tempers and loyalties that his family had were hillbilly attributes, it would still be hard to ascertain the real affectations of the families that live there as opposed to many other poor families and districts. (hide spoiler)]

Tanya, these were part of my original thoughts as well.

Mod
Great for you both - to find the glossary thread which is a spoiler thread - and you can have these wonderful interactions with folks who have completed the book.

When we do near the end of the book itself - on the discussion thread we will open up the Book as a Whole comments and discussion but we protect that thread until then.

Mod
We should remember that Appalachia is quite beautiful too. And what is the story of the migration of the people who ended up here. 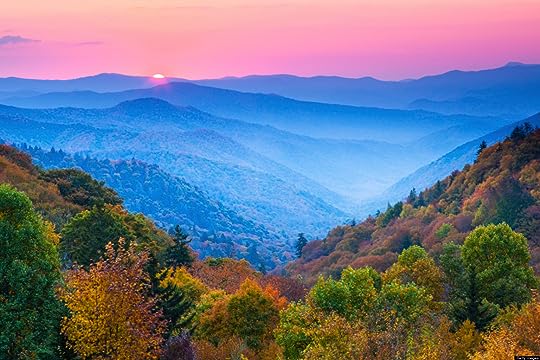 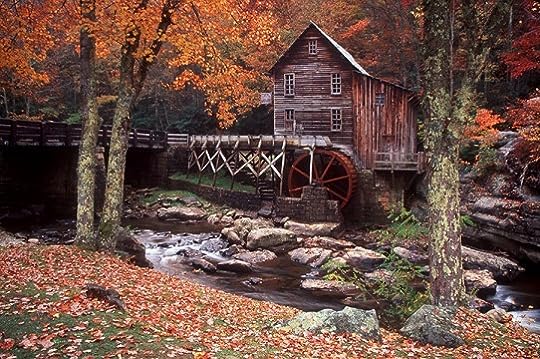 Mod
Vincent read the book some time ago and here are his thoughts on the Book as a Whole:

This is a powerful and informative book - it concerns the rise from hillbilly poverty by a boy, and the society in which he is raised - to successful young man from this culture and shows/illustrates the values and trials of many of these folks.

The trials he faced as a youngster were really incredible for someone for a middle class background person (me) and that they exist/ have existed so long in our country is discouraging.

I must say that I question the accuracy of some of his judgements and conclusions, through the book, and think that emotion may have modified some of his comments. I thought there were no footnotes but did find a page and a half of them at the very end so maybe if I had seen them before this judgement might be different if I had checked out some items while reading.

His saving was his grandparents - the dependable ever loyal Mamaw and Papaw. Their guidance and shelter and nurturing was critical for him and they seem to have been able to accomplish this by abandoning “hillbilly land” to seek work and living space in industrial Ohio.

Also it seems that the Marine Corps were a tremendously important and critical component.
And his determination, J>D> Vance the author of this autobiographical book, is determined and strong and industrious when he got oriented and saw a path that would lead him beyond success but to his extreme success.

He seems to have though somewhat glorified some of the “honor” traits of his hillbilly brethren - If honor is offended he felt, even late in the story, that not settling a matter with fists was better because it kept him out of jail - not that it would not be justified to fight with someone who had just made a nasty gesture to him.

He also says that the government cannot solve the problems of these people but they have to work it out for themselves. But to my mind at some level the government is “ourselves” and all the successful hillbillies, like him, seem to have succeeded by moving on to greener pastures. This has always been the American way - go to the opportunity and in my mind why hillbilly folk (or coal miners) should be entitled to their “way of life” when someone else has to pay (i.e. Medicaid or Food Stamps) or they cannot fulfill their responsibilities to their children and family and community is not a valid argument.

I also note that I read this book right after Ben Sasse’s Vanishing American Adult book and boy the comparison of Mr. Sasse’s upbringing and J. D. Vance’s growing up (not even sure who really brought him up) is like a comparison of a first world country and a developing country. I would suggest that they each read the others book but more for Sasse to read the Vance book -
So this is a good book and a worthy read- maybe 3.5 stars out of five - I will give it a four and as I know it is very popular I will try to read some other reviews on Goodreads if I can.

Hillbilly Elegy: A Memoir of a Family and Culture in Crisis (other topics)