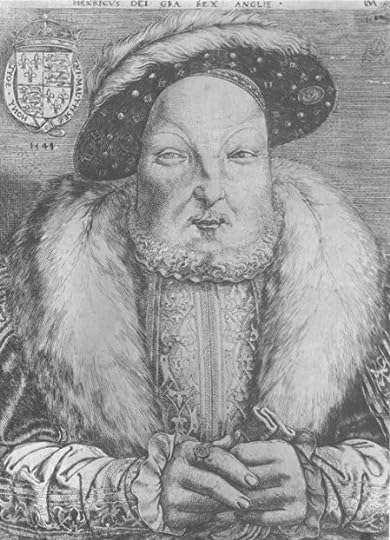 Good job, Ruth! I noticed it is kind of written at the top in..French? Latin?

Good job, Ruth! I noticed it is kind of written at the top in..French? Latin?"

You’ve better eyes than I have!

Any idea on the artist & when it was done?

Looks German to me - but I agree, Northern European, and contemporary to 'Enry the Eighth.

Pete wrote: "Any idea on the artist & when it was done?"

I didn't get the name of the artist, this picture was found in a book and didn't mention the artist. I'm sorry I didn't paste the link.

I would think Durer is a good guess...

I am very impressed, Tracey! Thank you for doing the homework! I guess I'm not as adept at Google Image search (actually, the thought didn't occur to me to do that). Thank you for the updated information! Good to know.

Pete wrote: "Nice one Tracy. 1545, just a year or so before old 'Enry popped his clogs. Maybe National Portrait Gallery. "

Good to hear from you, Pete!

Sometimes, if you're lucky, you can drag a picture from one webpage to the Google Image search bar and get a result. (Sometimes not...)

Sometimes, if you're lucky, you can drag a picture from one webpage to the Google Image search bar and get a result. (Sometimes not...)"

Oh! I didn't even know you could do that. I'll have to try that sometime. Thank you, Tracey! 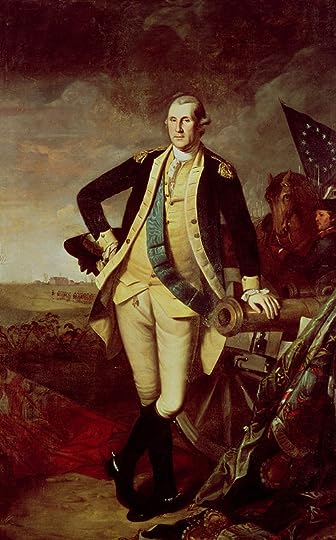 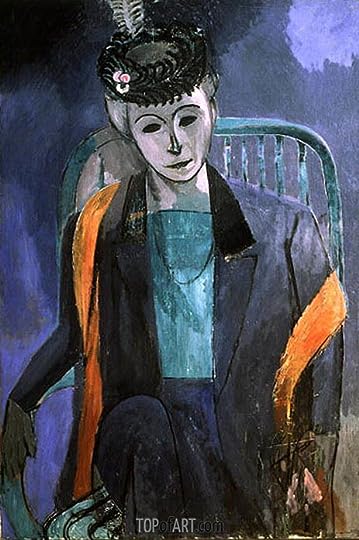 Are we guessing artist or subject. The dandy fellow above is George Washington, painted by good friend Charles Peale. 1779-81. The other is Matisse and is a portrait of his wife done in 1913. I love this period for Matisse--he was playing with Cubist ideas and melding them with his approach to color and structure.

Great job Ellen! Even with some history!

I really like Matisse in general I didn’t know he dabbled in cubism, what are some examples of work he did during that time? I guess I could just look up his works... just wondering if you had any favorites for suggestion?

Well artist OR subject, you got both! So, you’ve pretty much covered it! Thank you!

I really like Matisse in general I didn’t know he dabbled in cubism, what are some examples of work he did during that time? I guess I could just look up h..."

For me, the invention of modernism in the 20th century is a sort of tripod with Picasso (form), Matisse (color) and Kandinsky (abstraction) as supports. Matisse and Picasso were formally introduced (probably) at one of the Salons hosted by Gertrude Stein and her brothers Michael and Leo at her home in Paris. By 1906 (the year of "Bonheur de Vie") Matisse was regarded as the leader of the modernists; Picasso wasn't going to accept that and in July 1907 completed his famous "Demoiselles d'Avignon." From then until Matisse's death in 1954 they were sort of friends, definitely competitors, really the two premier artists of the age. MoMA did a terrific show a few years back called Picasso/Matisse that explored their evolution in terms of this competition. (I thought the premise was powerful until about 1930, kinda iffy after that.) At any rate, Cubism was all the rage among many/most of the young modernists from about 1910 or 1911 through the beginning of WWI. Matisse begins to explore ideas, he fragments planes, offers a sense of shifting viewpoints by 1912. (Picasso and Matisse also traded works so they were living with each other's ideas.) On the other hand, Matisse was also the great devotee of Cezanne and many of these ideas began with his study of that artist. (And he owned a Cezanne, "Three Bathers," which he valued beyond rubies.

Ellen wrote: "For me, the invention of modernism i..."

That's really interesting, Ellen. I would love to be in your class!