I have a few, but what are you mostly into or I guess I should ask what you won't roleplay, that way I know.

Okay let me go grab them

1. She was walking home from her busy career as an wedding designer. Her boss just assigned her to do this big wedding for this important man, who doesn't love his to be, and she isn't happy about this development. Her car broke down so now she is walking, and her feet hurt. Nevertheless she walks on, and comes across an injured fox. Feeling bad, she takes the fox home to care for it. After about a week, she walks into her bathroom to find an attractive, white ears, mischievous smile man stepping from a steamy shower. He tells her thanks for taking care of him. What can she do now?

2. A girl who the student body president all four yers of high school her senior year she reconnects with a childhood friend and he happens to be a football star. His team dared him to ask her out, so they started dating and everything and he actually really falls in love with her. However his father found someone for him to marry because his father doesn't like her at all in fact she comes from a really bad background. However she ends up getting pregnant by him but she also heads up having cancer and it's either do the treatment and kill the baby or don't do the treatment and have the baby. She wants to have the baby because he basically broke up with her because his father was breaking them apart. However when his friend tells him your girlfriend has cancer and is pregnant you need to talk to her. So he trys to talk her out of having the baby so she could live. However she doesn't want to live if it means not having him.

3. The girl was a vampire but the only thing is she doesn't drink blood for it taste horrible to her. Him on the other hand is a vampire hunter and is just trying to protect his four year old daughter. Well they meet one night at a bar and hook up for the might. The morning to come what will happen to her and what will he do?

4. A rich man and marries a young girl, doesn't love her though. After almost a year of never consummating the marriage, She has an affair with her best friend. Her husband finds out, he is enraged. He loses it and his anger turns into love. Leading him and wife into a passionate marriage.

5. Okay so the girl is a young designer who just got a job in Italy. So she moved herself, her young daughter and sister who has cancer to Italy to work (Her husband passed away in a war, leaving her with their daughter. She's around 24 or 23, married at twenty). He's a mechanic, engaged to a girl that he's not sure he's in love with anymore. They meet one night when Girl brings in her car to get it fix, and they click. He helps her fit in and she gives him advice...little do they know that soon it will turn into a little something more than a friendship.

I'm good with either role.

Okay sounds good, did you want to make characters? or jump right in?

Let me know what you think of this template

If you want to add more you can such as likes or dislikes, maybe skills?

Name: River Chemlik
Age: 24
Personality:
-Down to earth
-Forgetful
-Forgiving
-Kind
-Loving
-Stern
-Stubborn
-Sweet
-Understanding
History:
River was born to a man named Cegear and a woman named Kaili, she was a product of lying and cheating. Because her mother couldn't have her with her she ended up living with her father and his wife. She ended up having eight siblings four from her fathers side and four from her mothers side. Seven of them were half siblings and one of them being a step. So she spent time with each side of her family. She had wished for her parents to stay together but she realized as she got older that they actually were in love with the two different people that they married so she thought she was being selfish. Plus it wouldn't have been fair to her eight siblings. So she pulled through school with straight A's and moved as soon as she had enough money and was out of school, she went to fashion school for about three years and landed a job at a wedding design company.
Family:
Father: Cegear Chemlik
Step-Father: Michael Mihelich
Mother: Kaili Mihelich
Step-Mother: Ashton Chemlik
Step-sister: Lovella Peterson
Half brother: Aiden Chemlik
Half brother: Vincent Mihelich
Half brother: Lincoln Mihelich
Half brother: Cooper Chemlik
Half brother: Tristan Mihelich
Half sister: Chloe Chemlik
Half sister: Felicity Mihelich
Appearance: 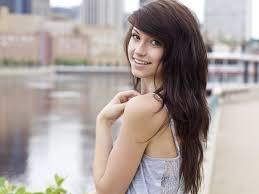 Personality: He is very laid back and usually is able to talk to anyone. He isn't the toughest around but he is very loyal and willing to defend anyone if he needs to.

Thanks! So who starts?

River was driving home in her old beat up light blue Ford escape 2003. She's had it since she was in high school, it was great at the time, it got her from point A to point B. That's all she needed at first and then she moved and it turned out she was doing a lot more driving than she liked to admit. Soon her car jolted and she knew what that meant. "No.... please just get me home and then you can die, we are almost home. Five miles at the most." She knew that talking to her car wouldn't do her any good, however it was worth a shot right? Soon it jolted again and she knew she had to pull over to the side of the road. Once she was able to get off onto the shoulder it died completely on her. River hit her forehead against the steering wheel. "Why!" she shouted but soon she took a deep breath to help her relax she leaned back and got out of her car.

There was no helping it, she had to walk home. She took her keys out of the ignition and grabbed everything she needed for her long walk home. "At least it's not raining" but of course five minutes into walking back it started to pour down. "Just my luck" she muttered to herself, she walked faster hoping to get home faster.

(I would love to still. I might have to leave in a few hours though, I'm a training volunteer for the police department today)

((Oh I'm sorry, I've been there before, that was kind of me over spring break I was too busy with other stuff))